Est. Reading: 4 minutes
From civil uprisings to opening the 2010 FIFA World Cup, it's been great to watch Soweto flourish into the cultural melting pot it is today. 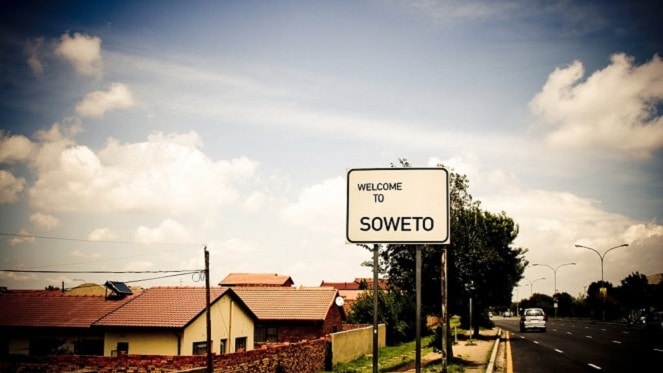 Did you know that the name Soweto is a syllabic abbreviation for South Western Townships?  It is also the only place in the world that hosted two Pulitzer prize winners in the same street, namely Nelson Mandela and Desmond Tutu, who both lived in the popular Vilakazi Street. The township has gone through significant changes since its establishment. By 2003 the greater area consisted of 87 townships grouped together into Administrative Regions 6 and 10 of Johannesburg. Most people only know a handful of facts about the township: it is a vibrant township located at the edge of Joburg, and it was the site of a student uprising in 1976 that helped to bring international attention to the struggle against the old regime. But there’s so much more to know — Soweto has a fascinating history and is home to a diverse array of people from all walks of life.

From street vendors selling artwork to mega malls stocked with the latest in technology and designer fashion, Soweto is the place to go shopping. Whether you're looking at furnishing your abode or window shop to your heart's content, you will find what you are looking for in Soweto, such as Maponya Mall in Klipspruit or Protea Glen Mall in, well, Protea Glen. Soweto has become a melting pot of good food from across the country. From hearty stews to borderline fine dining and everything in between you will find something tantalising to suit your taste buds. Slowly but surely, the face of food in Soweto is changing, and quality and service are tagging along, too. The result is exciting to watch and be a part of. From Vuyos in Vilikazi Street to Chav Pozi down the road, there's an eatery for every occasion. From the legendary Lebo's Backpacker's to the Soweto Hotel, no matter how you're traveling there's a warm bed and decent breakfast (or brunch) waiting for you around every corner in Soweto. There are a handful of guesthouses and Air BnB hangouts worth mentioning, too! Either way, we've got you covered when it comes to hanging your hat in the township. Image Source: The Rose B n B

Did you know that Soweto is credited as one of the founding places for Kwaito and Kasi Rap, which is a style of hip hop specific to South Africa? Known for its vibrant nightlife, the area is the uncrowned party capital of South Africa. But the bus does not stop there - not by a long shot. The region is also filled with family entertainment, such as movie complexes, picnic spots and so on. No matter what type of fun you're looking for you are sure to find it here. Filled with rich South African heritage, Soweto plays a major part in South Africa's history. To commemorate this, the township is filled with tourist attractions, museums, and tours.  Whether you are visiting from out of town or want to find out more about where you can rest your head in Mandela's old stomping grounds, then you've come to the right place. An estimated 40% of Johannesburg’s residents live in Soweto. According to the 2008 census, the population of Soweto is approximately 1.3 million people. The area is defined as just over 200 square kilometres with nearly 6,400 residents per square kilometre.

Looking for a job in Soweto? Do you know of anyone looking to work in Soweto? Well, you've come to the right place! With affordable rentals and property rates in the township, it is a great place to live, work, and play! With hot desks and boardroom rentals becoming a major trend in many business districts across the country, the township has started taking up to this and offers its fair share of rent-a-desk options across the region. This in itself has introduced a new working dynamic to the area south-west of Johannesburg. The property market in Soweto is on the rise. Being labeled as the Sandton of the South, the township has become a hotspot for property investors and homeowners alike thanks to competitive pricing and new developments sprawling up all over the show. From Naledi to Protea Glen, new clusters, townhouses, and apartment buildings are taking shape as the area tries to keep up with housing development. In 2001, the official boundaries of the township stood at 106.44 square kilometres, and a population of 858 644, or more than 8 000 people per square kilometre. In 2011 the area was 200 km sq and the population was 1.25 million, pushing up the demand for new housing developments in the area. It's no secret that Soweto is big on soccer... or football if you prefer! In 2010, South Africa hosted the FIFA World Cup and with that, the township saw the revitalisation of its soccer stadiums and infrastructure as well as the construction of Soccer City in Nasrec. But above and beyond that Soweto is the proving ground for many up and coming soccer players as well as home to the Orlando Pirates and Moroko Swallows. The area is also rich in sports fields and clinics, such as the Nike Football Training Centre in Klipspruit.