Est. Reading: 3 minutes
Amid the COVID-19 lockdown, many of us are bored out of our minds. To keep you entertained over the next few weeks, we have found some of the top throwback series to rewatch. So, grab those blankets, make a bowl of popcorn and get streaming. 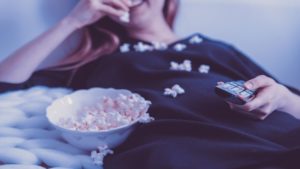 Like Ross and Rachel, we too are on a break. So, why not spend your extra time rewatching this classic? With 10 seasons and 236 episodes, this group of quirky friends are bound to keep you entertained and laughing until it hurts. Watch the hilarious escapades of Rachel, Monica, Phoebe, Chandler, Ross and Joey to help keep your mind off the COVID-19 pandemic.

Our favourite episode: Season 5, episode 9 - The One With Ross's Sandwich

How I Met Your Mother

The comical shenanigans of Ted, Barney, Marshall, Robin and Lily never seize to leave us in stitches. If you're feeling panicked over the Coronavirus outbreak, this show is sure to have you enjoying the lighter side of life. Watch the ridiculous exploits of Barney as Ted tried to find a wife, Robin tries to move ahead in her career and Lily and Marshall try to live happily ever after. This show is definitely legen...wait for it...dary! With the 15th and final season of Supernatural coming soon, there is no better time to start rewatching our favourite two brothers as they face dark supernatural forces. Follow as Sam and Dean Winchester face a horde of ghosts, witches, demons, werewolves, vampires, gods and sirens with the help of a few friends, angels and even the ruler of hell himself, all because it's the family business. This is sure to keep you at the edge of your seat.

At one point, we all loved the fantasy drama following three sister witches in their quest to rid the world of evil. There is no better time to catch up on the all the battles of good and evil than when under lockdown. Follow as Piper, Phoebe, Prue and later, Paige try to lead normal lives while defending innocents from demons. There's no better distraction from our real-world plight, and who knows? Maybe the power of three will set you free. If you're missing your person, then there's no better cure than catching up on your favourite medical drama television series. Following the lives of the doctors, interns, nurses and patients at Seattle Grace Hospital (later Grey Sloan Memorial), Grey's Anatomy is a must during lockdown. While watching the doctors perform miracles, we can't help but feel a glimmer of hope during these worrisome times.

Our favourite episode: Season 2, episode 16 - It's The End Of The World.

Ten seasons on and we're still obsessed with the comedy-drama television series that is Shameless. Depicting the story of the dysfunctional Gallagher family, this show captures the true essence of what it means to be a family, supporting each other through triumphs and setbacks - with a few laughs and plot twists along the way. If this oddball family can get through anything, then so can we. Already binged your way through all these series? Then catch the latest releases on Showmax and Netflix.

What is your must-watch throwback series? Let us know in the comments section below!