Home » Binge On Showmax And Netflix With These New Shows

Binge On Showmax And Netflix With These New Shows

Binge On Showmax And Netflix With These New Shows

Est. Reading: 4 minutes
Netfix and chill or Showmax and stay in? Whatever your choice, we have everything you need to make the long stays at home easy, comforting and safe. We have compiled a list of all the amazing new shows to catch up on. 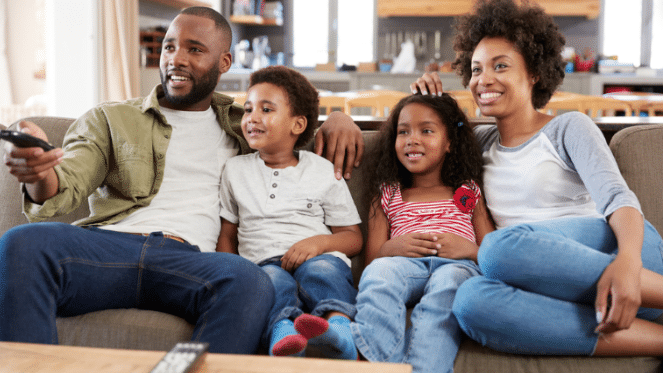 Make sure your internet is ready to roll because there are plenty of amazing shows coming your way. Keep yourself warm and entertained with these hits.

This highly anticipated BBC sci-fi is an adaptation of the first book in Malorie Blackman's best-selling young adult novel series. The series is set in a dystopian alternative history where black "Cross" people rule over white "Noughts". Fighting prejudice, distrust and rebellion, childhood friends Sephy and Callum must fight for more than simply the right to be together. Don't miss out!

A bit of laughter and comedy has never hurt anyone and what better way to keep positive during the current times? Catch up on the next season of this show as both Amy and Dina are getting ready to have their babies. Amy wonders how she’ll juggle things between her, Adam and Jonah and Dina can’t wait to hand the baby over to Jerusha and Garret. Stock up on some butter popcorn, sit back and catch this amazing series.

A brand-new series is coming to your nearest screen. Long Island police chief, Jo Evans (Golden Globe nominee Allison Tolman from Fargo) investigates a case involving a young child found unscathed at the site of a mysterious plane accident. The girl has no memory of who she is or how she got there, but you will soon find out that her arrival is marked by unexplained phenomena and electronic disruptions.

To help you relax amid the panic of the COVID-19 virus, catch the first season of Press. Two British newspapers go head-to-head in a press war fraught with scandals while under pressure from the 24-hour news cycle and the constantly evolving digital age.

Police station comedy, Brooklyn Nine-Nine is back with a sixth season that's as warm and off-the-wall funny as ever. Which means we get to find out whether Captain Holt got the job as NYPD Commissioner, how that's going to affect the 99th precinct, and whether Jake and Amy will get their Mexican honeymoon.

Westworld is a dark odyssey about the dawn of artificial consciousness and the birth of a new form of life on Earth. And this season, they're knocking it out of the park. There will be new characters to be revealed, so make sure you catch the new season.

Chill with some snacks and catch the latest movies and shows on Netflix.

The dynamic series returns with another ten parts, following the high-stakes and adrenaline-fuelled action of the fastest sport in the world. This series will have you sitting at the edge of your seat. Follow up as only 20 drivers get to compete in Formula 1 and some of the sport's top names race for new teams. 2019 proved to be a season of broken alliances and renewed rivalries. But this year promises to have more of everything, don't miss out on any of the action!

Don't miss the second season of the award winning Netflix original documentary series from James Beard Award-Winning chef, David Chang and Academy Award-winner, Morgan Neville. This second banging series challenges both our taste buds and our minds, as a chef travels the world with writers, chefs, activists and artists, who use food as a vehicle to break down cultural barriers, tackle misconceptions and uncover shared experiences. It won't be just the food that entices you, but the cultural experiences too.

Netflix's critically-acclaimed investigative series from Jigsaw Productions returns to keep you entertained. Make some hot chocolate, snuggle under a blanket and catch up on Dirty Money. This show will expose corporate corruption, security scams and fraud in the business world.

Catch the Netflix original, Elite, following protagonists who will face their last months at the institute, a stage in which they will have to make decisions that can change their future forever. Taking you on a journey in which love, sex and friendship will be more present than ever and jealousy, secrets and the desire for revenge threaten to destroy lives.

The Letter for the King

Follow up as a ruthless prince threatens to cast the world into darkness and a young knight in training, named Tiuri (Amir Wilson), embarks on an epic quest to deliver a secret letter to the king. Join in as he finds an unexpected centre of a magical prophecy foretelling the rise of a hero who can defeat the prince and restore peace. Will he survive the journey? There's only one way to find out!

Need a little action in your life right now? Well then, this is just for you. Money Heist Part 4 begins in chaos. Follow up as the professor thinks that Lisbon has been executed, Rio and Tokyo have blown up an army tank and Nairobi is struggling between life and death. The gang is going through one of its toughest moments and the rise of an enemy among its ranks will put the heist in serious danger. Will they come up on top? Or will they fumble? Watch and see.