You’re never too busy to catch a movie or two. We have an incredible lineup of amazing movies you should definitely go see this December. 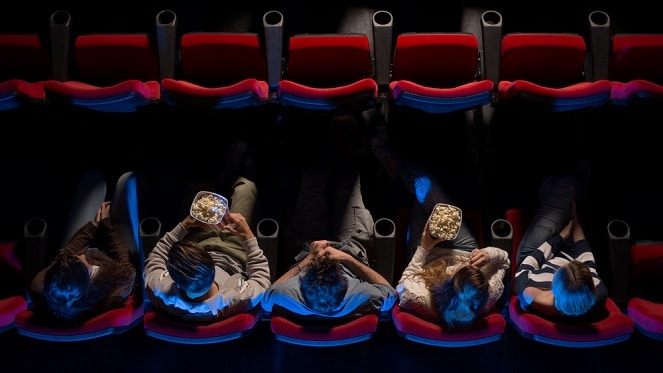 Catch Frozen II this December for a fun adventure for the whole family. Join in as Anna, Elsa, Kristoff and Olaf go far into the forest to learn the truth about an ancient mystery of their kingdom. This is the perfect snowy treat for you and the kids this festive season.

Round up your friends and watch this horror movie. Follow this scary story on Halloween, as a group of friends encounter an extreme haunted house that feeds on their darkest fears. The night turns deadly as they come to the horrifying realisation that some nightmares are real. So, are you going to watch Haunt?

This movie follows the story of a film director who reflects on the choices he’s made in life as past and present come crashing down around him. Be sure to get those movie tickets for Pain and Glory. This is a much watch for all drama film fundis.

This one will have you sitting at the edge of your seat. Watch the true story of a British whistle-blower who leaked information to the press about an illegal NSA spy operation designed to push the UN Security Council into sanctioning the 2003 invasion of Iraq. Let’s all find out what the Official Secrets are!

This movie follows a tribe of cats, called the Jellicles. Each year, they decide who will ascend to the Heaviside Layer and come back to a new Jellicle life. With the likes of Idris Elba and Jennifer Hudson, this musical is going to be amazing. Grab some popcorn and let’s watch Cats!

Catch The Climbers for an adventure unlike any other. With a special guest appearance from Jackie Chan, this film is a cinematic retelling of the first Chinese climbers to summit Mount Everest. The perilous journey takes its toll on the mountaineers, physically and mentally, forcing them to make life or death decisions at every turn.

These school holidays, take the kids to catch Spies In Disguise. This movie is perfect to cheer up the whole family this festive season. Watch as the world’s best spy is turned into a pigeon. Now, he must rely on his nerdy tech officer to save the world.

Star Wars: The Rise Of Skywalker

Follow as the surviving Resistance faces the First Order once more as Rey, Finn and Poe Dameron’s journey continues in Star Wars: The Rise Of Skywalker. With the power and knowledge of generations behind them, the final battle commences. Catch all the action this December.

Kate is a young woman subscribed to bad decisions. Her last date with disaster was when she accepted work as Santa’s elf for a department store. However, this is where she meets Tom and her life takes a new turn. For Kate, it seems too good to be true. Find out how the story ends and catch Last Christmas.

Day One Start off your Hanukkah with celebratory musical classics by Sam Adler, Leo Low and Michael Isaacson. Songs include......