The Stevenson Gallery is setting up shop in Parktown North, bringing the renowned South African art gallery to a whole new audience. 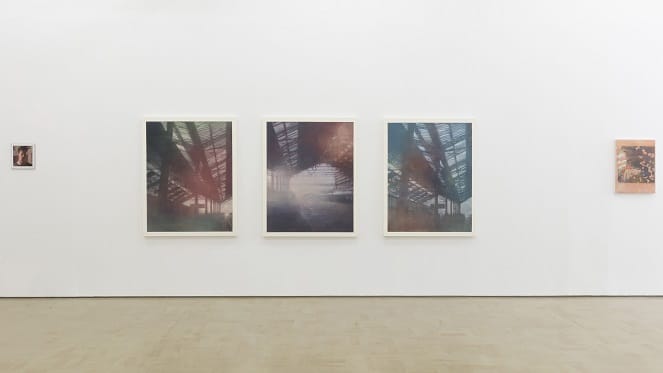 After spending close to a decade on Juta Street in Braamfontein, the Stevenson Gallery has relocated to Parktown North. The decision to move follows years of consultation between gallery directors, artists and supporters. In particular, artists with a long relationship to the city such as Robin Rhode, Nandipha Mntambo and Moshekwa Langa, have highlighted the need to make contact with a wider assortment of stakeholders and broaden the gallery’s accessibility. With this came the decision to relocate to 46 7th Avenue, where the gallery now neighbours The Loeries and a range of popular eateries and cafes, such as James Diack’s Il contadino. 7th Avenue acts as a main corridor linking the gallery to various suburbs including Parkhurst and Rosebank as well as the Gautrain Station and Rosebank Mall.

Robin Rhode states: “While I have always respected Stevenson’s commitment to the ecosystem around Wits, I have freely spoken with the gallery partners about how geography can limit one’s audience. Many of my friends in Joburg, and in particular my supporters in the art world, simply don’t have Braamfontein on their radar. At some point the mountain has to come to Muhammad, and we are looking forward to shaking things up in the north”.

From Humble Home To Art Gallery

The need for the gallery to ‘shake things up’ is strengthened by a desire for new creative challenges. Curatorial ventures such as the fifth-floor space, Makhwapheni and the Mural Project have taken place above, below and outside the gallery space in Braamfontein – so a change in location and structure now functions as a catalyst for further experimentation.

The new space was built in the early 20th century as a family residence – with a cowshed tucked alongside the house in the original plans. In order to preserve and contribute to the building’s history, Stevenson Gallery director, David Brodie, has enlisted Tonic design duo Greg Gamble and Philippe van der Merwe, who note: “We are delighted to be involved in the transformation of a classic Parktown North house into a new home for the Stevenson Gallery. Having known David and the team for many years, and as close followers of their programming, we look forward to welcoming them to our neighbourhood. Our intention with the renovation is to retain the historical integrity and charm of the original building, at the same time gently transforming the interior to create a minimal environment conducive to viewing art”.

Beyond creative prospects, the new building has pragmatic benefits. For the first time Stevenson Johannesburg will have dedicated parking and wheelchair access. “Our new neighbourhood is home to local creative industries and veterans of hospitality”, says Director David Brodie. “It is a pleasure to join other galleries in the area and form part of a consolidated network for Joburg art goers”.

Stevenson will continue to maintain ties with the academic infrastructure in the city, and is facilitating Botswana-born, New York City-based artist Meleko Mokgosi’s first local museum solo show at Wits Art Museum in September 2019. Mokgosi will show simultaneously at the new gallery space.

Brodie comments: “One of the things I have always enjoyed about how we function as a gallery in Joburg is our flexibility and interest in experiencing different parts of the city. From our early days as a young start-up space in Craighall Park, to Braamfontein – where our audience has largely comprised students and university-associated visitors, bringing a vitality and critical engagement to our programming – it has been almost a decade since we were last in the north. I am excited to reintroduce the gallery and our artists to audiences there. While there is some sadness as we bid farewell to Braams, this is ameliorated by a glimpse of the new direction the neighbourhood is moving in: our old space will be occupied by an organisation that focuses on economic research and policy issues, and they will join IFAS and Sonke Gender Justice in the building”.

The new gallery opened with a solo exhibition by Portia Zvavahera. Other artists set to exhibit here over the next year include Meleko Mokgosi, Dada Khanyisa, Zanele Muholi, Thenjiwe Niki Nkosi and Meschac Gaba.

More in Have You Heard?, PROPERTY

It's quite the profound day for all the cider lovers out there as we celebrate World Cider Day and say......