Gautrain 101: What You Need To Know

Est. Reading: 2 minutes
New to the whole Gautrain vibe? Planning to jump a high speed train to the airport or Pretoria for the first time? No sweat. Here's our Gautrain guide for beginners. 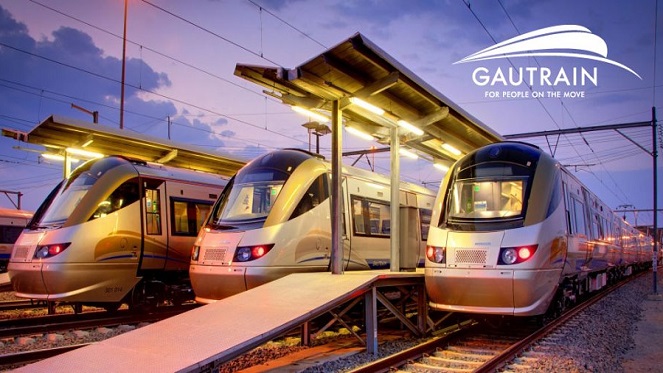 Purchased at any Gautrain ticket office or selected retail outlet, the Gautrain Gold Card is your key to the entire Gautrain system. The Gautrain buses, parking lots and trains are all accessible by swiping the card upon entry and/or exit of each. It can be loaded with trips (seven day and 35 day passes) or with credit on a pay-as-you-go basis. The pay-as-you-go method can be credited with up to R2 600. This can be used to pay for bus and train fares as well as for parking at any of the stations. A minimum of R20 must be on the Gold Card when entering a bus or train. Note that no cash is used to pay for buses or trains. Rail users can take advantage of discounted fares when using the buses and parking. You can also purchase a Gautrain Gold Card at any of these retail outlets:

The rapid train system has its own fleet of buses which transports commuters between Gautrain stations and major points of interest. These buses travel along major routes making them more accessible to the public. The buses solely make use of the Gautrain Gold Card, and a minimum of R20 must be loaded on to the card. Buses can be boarded at any of the bus stops marked by official Gautrain bus signs. Drivers do not stop at every bus stop and need to be flagged down with a raised arm.

There are 10 stations linking 80km of railway, with a single route dedicated to connecting OR Tambo International Airport to Marlboro and Sandton. Other stations include Park, Rosebank, Rhodesfield, Midrand, Centurion, Pretoria (CBD) and Hatfield. These Gautrain routes have been planned in such a way to lessen Johannesburg traffic and to link the City of Johannesburg to Pretoria.

All stations open and close at different times. Park Station, for example opens at 05:35 and closes at 21:30. For up-to-date timetables, it is recommended that the Gautrain app be downloaded for either iOS or Android. According to the 2016 schedule trains are planned to arrive every 20 minutes.

One comment on “Gautrain 101: What You Need To Know” 4 Reasons To Make The Pilgrimage Of Camino de Santiago How To Easily Move Around When In South Africa