Home » Steaking It Out with Wombles

Steaking It Out with Wombles

Est. Reading: 3 minutes
We sent Shawn to Wombles to fall in love with steak all over again. You might want to pop some pop corn for this. 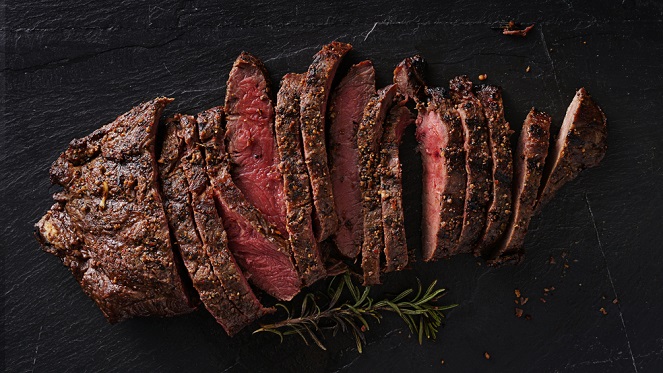 If you are going to make the claim that a place serves the "best steak in Joburg" then you must be prepared to stand by your statement and defend it to the teeth, so to speak. With that said, Wombles is not the best steakhouse in the country. My kitchen is but it's not open for business, so Wombles needs to settle for second prize on this one I'm afraid. But when it comes to debating where to find the top steakhouse in Jozi, Wombles wins. Look, I've eaten my way through the top of the crop and nobody comes close to what Chef Nesberth (Nhabura) is doing in this Bryanston based eatery.

A Brief History Of Wombles

Since 1984 Wombles Steakhouse Restaurant has provided customers with man-sized portions of beef and other culinary delights. Owners Duncan and Yvette Barker opened Wombles restaurant in Parktown North, and serve up the best, juiciest quality steaks in South Africa. The restaurant grew in popularity; with that Wombles outgrew its walls and relocated to the Hobart Grove Centre.

Resembling a colonial home, complete with deer trophies above the bar and high back chair set in front of the tables, Wombles is something different. It gives you the impression that the kitchen staff had gone out hunting the food they serve. That's, of course, not the case.

The food? Well, let's save the word count for another day and get the steaks out of the way. They're good. No matter which cut you go for, there is no wrong choice, and if you don't like it then you're welcome to head to the nearest franchise and grab yourself a "taste for life" (yes, I like to poke fun, don't be so offended). Above and beyond the obvious choices, don't expect to find ribs on the menu - except for the prime rib, of course, but that's not quite a rack, now is it? Instead try the roasted springbok shanks served in a peppercorn sauce with stewed fruit. For the daring, order the steak tartare and watch as a well dressed chef builds the dish in front of you - quite interesting, regardless of if you're into raw egg and beef brimmed with capers, gherkins, chopped onions and topped off with Tabasco sauce. Other winners on the menu include the beef stroganoff cooked in cream paprika, tomato and mushrooms served on rice or mashed potato (I recommend the rice - it goes well with the sauciness of the dish). This image is for demonstration purposes because Shawn's camera was at the shop...

Above and beyond the dishes made up of cow, Wombles Steakhouse has a section on the menu called "cosmopolitan", as if ordering fish, chicken or lamb at a restaurant is that arbitrary... actually, yes, it is. This is a steakhouse after all. Well, under this section you will find lamb chops, duck confit (which is worth the order), and homemade ravioli to round off the entries. This image is for demonstration purposes because Shawn's camera was at the shop... you know, to get fixed.

The desserts are what you would expect from a steakhouse: Crème Brûlée, crépes and a couple of carb and ice cream pairings. The only difference is that all of this is made in-house. From the lemon meringue ice cream to the baked custard creme caramel topped with a spun sugar basket. In conclusion, the hype around Wombles Steakhouse in Bryanston is there for a reason, and I'd like to be part of that reason. If this were a Michelin starred country, Wombles would get a star in a heartbeat because it is worth checking out. There comes a great understanding of how steaks react to heat, how the grain works and absorbs marinades and brines, and this all comes with experience. So, the next time you find yourself in Bryanston - or hanging out at the Hobart Grove Centre per chance, give Wombles a call and make a reservation.