Est. Reading: 4 minutes
Roodepoort is a lively suburban neighbourhood located near Johannesburg's West Rand. Essentially a small city that has now merged with the rest of Johannesburg, this little hamlet in Gauteng dates back to the 1884 Gold Rush. 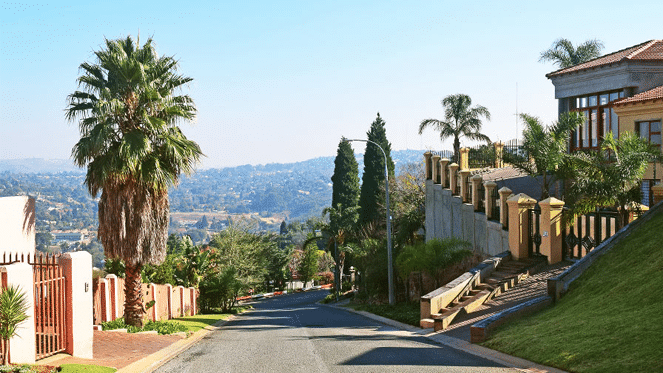 As one of Gauteng's oldest areas, Roodepoort has expanded dramatically over the years. Hosting a remarkable blend of residential and formerly-industrial areas, Roodepoort is a beautiful place to live and work. The suburbs are named to reflect their history, with suburbs such as Radiokop (for the radio mast) and Little Falls showcasing this tradition. Roodepoort is also home to our city's most famous botanical gardens - The Walter Sisulu National Botanical Gardens. There are so many open spaces, golf courses and boundless places to find entertainment. Roodepoort has a wide variety of restaurants and shopping centres. The CBD of the city has shifted from its historical centre to a hot spot for small businesses and low income housing. Regional headquarters of banks, a large hospital, various office parks, and two large hotels are found in the new CBD. Roodepoort still has a large industrial sector along Main Reef Road. A number of logistical firms work from the area, as well as other light industries.

If you're looking to shop 'til you drop in Roodepoort, this is your stop! If it's malls you're in need of, you won't run out in a hurry. From the open-air plazas of Clearwater Mall, to the more traditional sprawl of the Westgate Shopping Centre, there's a mall to be found practically on every corner. Smaller shopping centres also abound here, so your essentials will always be within reach. Roodepoort is a family-friendly area, and is home to a large number of private and public pre-primary, primary and high schools, as well as institutions of higher learning. Whether you are new to the area, looking to settle down in Roodepoort, or are simply looking for a new school for your child, this is an excellent place to start. In 2001, Monash University Australia opened a campus in Roodepoort called Monash South Africa (MSA). The University pulled out of South Africa during the second half of 2018, but sold the University to the Independent Institute of Education. Monash South Africa is now the IIE MSA offering the same qualifications as the old Monash University. Worked up an appetite strolling through one of the many open spaces, malls or entertainment zones? Or perhaps you're in the mood to try something different, like a new local cuisine? Whatever you're in the mood for, you're in for a treat. Roodepoort, like the rest of South Africa, is home to a melting pot of cultures and cuisines. Do you need a place to rest your weary head while passing through Roodepoort and the surrounding areas? Consider yourself in luck! The West Rand houses many hotels, guest houses, bed and breakfasts and Airbnbs! You aren't likely to run short in a hurry. From the Protea Hotel by Marriott Roodepoort, to the Black Eagle Boutique Hotel, the choices are seemingly endless. Are you itching to get out of the house to find something fun to do in and around town? There is no shortage of attractions to be found nearby, and there truly is something for everybody. You won't need to go too far afield to be thoroughly entertained – quite literally, in the case of the Ruimsig Country Club! The natural beauty of the area cannot be overstated. The magnificent waterfalls and rivers of the Walter Sisulu National Botanical Gardens, the youngest and most famous of our national botanical gardens, present a calm and peaceful retreat in nature. If you're an active hiker, the trails surrounding the falls will provide an invigorating challenge! For bird watchers and nature lovers, the pristine Kloofendal Nature Reserve will become a firm favourite. Though located nearby, and often regarded as part of the West Rand, Roodepoort is actually part of the City of Johannesburg Metropolitan Municipality. You don’t need to travel too far in order to get all your administrative needs met! The City of Joburg Walk-in Centre serves the majority of the area, allowing for easy payment of water, electricity and other municipal payments. For municipal services outside of the Walk-in Centre's reach, services can be accessed at the Roodepoort Civic Centre, Roodepoort City Hall or Doornkop Block 4 (water only). The job market in Roodepoort is a rapidly growing sector. With such a flourishing suburban population, there has been tremendous growth in the service industries, cleaning and maintenance services, and property development sectors, to name a few. Roodepoort has seen a re-invigoration of its property market in recent years. With the growth of its suburban population, to accommodate the influx of new residents, new mixed residential and commercial developments have become an increasingly common phenomenon. The age demographic has also shifted, with an influx of young, creative residents bringing pop-ups, artisanal shops, and other creative hubs to the area. There is no time like the present to invest in property in Roodepoort!