Returning To Thunder Gun in Northcliff

Est. Reading: 2 minutes
Thunder Gun has been a part of Joburg for half a century. We found it fitting to return to this rocking steak haven for a taste of the good life. 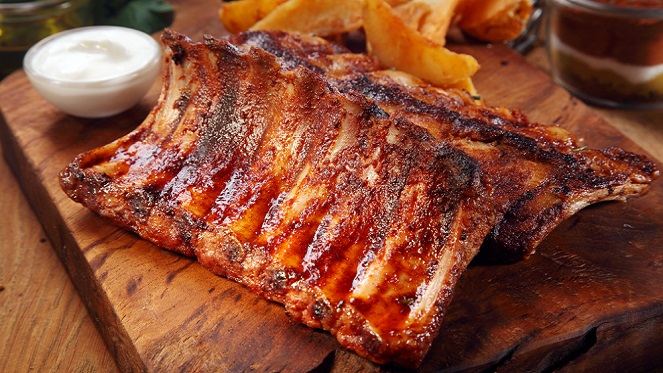 When wasteful war shall statues overturn,

And broils root out the work of masonry,
Nor Mars his sword nor war’s quick fire shall burn


The living record of your memory.

It's been at least five years since I last stepped foot into that packed pub and grub that flanks the corner of Bram Fischer and Mimosa. I've driven past it more times than I'd care to admit but each time I've tried to convince myself. "pop in for a beer;" "maybe grab something to eat;" "you owe the place a visit..." that type of stuff. Well, I finally succeeded in convincing myself to stop, or should I say that my stomach managed to get my brain to pull over in Northcliff. Most likely Joburg's oldest steakhouse, Thunder Gun is turning 50 years old, so it'd be fitting to pay homage to this locale by talking about where it's come from, where it is, and where it's going. This cowboy (in the true sense of the word) themed restaurant has seen its fair share of generations grow from the kiddies menu to the wine list. The reason why Thunder Gun has been so successful for so long is the fact that little has changed since the establishment opened in 1968. They still use the same basting, the same steak rub, and serve peppermint crisp tart as if it's stuck in the 70s. Jokingly the only thing that's changed is the prices.

One thing that Thunder Gun does differently is its investment in the community. Above and beyond annual charity drives and support to local NGOs, Thunder Gun offers discounts to pensioners and Pretoria and Standard Bank Old Boys. The restaurant is also involved with local schools and sports clubs, such as the Linden and Rooseveldt Bowls Clubs and Randburg Cricket Club. Thunder Gun is big on meat (it is a steak ranch type of gig after all). If you're not in the know, it'd be worth telling you that they serve 1Kg of pork ribs. Don't think twice and just order the stuff - it's so good. The basting sauce has been not changed since the late 60s and I hope it never does. Other fun things on the menu include good steaks, lekker burgers, and succulent seafood. Thunder Gun also boasts a kiddies menu served to little ones under 12. Desserts are awesome as Thunder Gun has made a point of sticking to the classics. As I've mentioned before, they still serve peppermint crisp tarts and chocolate brownies.

In conclusion, whether you've been there 50 times before or never before, it's worth pulling in, grab a drink, order a mouthful of good food, and have a good time. It's good for family fun, chilling with friends, or for catching up on whichever sports is playing on the big screen.