Est. Reading: 5 minutes
Looking to catch the latest blockbuster on the big screen near you during the month of April? then be sure to take a look at the latest movie releases, ranging from animations and family-friendly films perfect for all ages, adrenaline-packed action movies, adventures and dramas, and so much more. 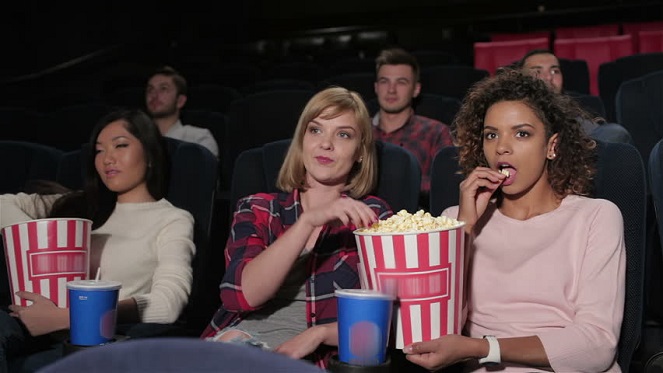 Nobody is just the movie if you're looking for gunfire, action, fistfights and more. Hutch Mansell (Bob Odenkirk), an underestimated father and husband, takes life’s indignities in his stride and never pushes back. When two thieves break into his suburban family home one night, he declines to defend himself or his family, hoping to prevent serious violence. The aftermath of the incident strikes a long-simmering rage in Hutch, triggering dormant instincts and propelling him on a brutal path that will surface dark secrets and lethal skills.

Come Away is a lovely must for the whole family. Before Peter became Pan and Alice visited Wonderland, they were siblings living in an idyllic country home with their parents and their older brother, David. In this magical place, they are free to play and let their imaginations run wild as they romp around the nearby forest. However, change is in the air as their priggish aunt, Eleanor, who is extremely critical of how the children are being raised, has arranged for David to attend a prestigious boarding school. As the family strives to accept David’s imminent departure, a deadly accident shatters their wondrous lives. With their family falling apart both emotionally and financially, Alice and Peter decide to find a solution. They travel to London to sell a family heirloom and soon find themselves in a dark, mysterious, and dangerous underworld that propels them on an adventure that will change the course of their lives.

If you're looking for something fun and animated to enjoy with the kids, then be sure to book your tickets to see Extinct! Op and Ed are two adorable, doughnut-shaped, fluffy animals — FLUMMELS — who somehow accidentally time-travel from the year 1835 to modern-day Shanghai. There, they discover traffic, trans fats, and worst of all, that flummels are now extinct. It's up to this bumbling pair of fluff balls to save themselves, save their species and just maybe change the course of history.

If you're an anime fan, then you definitely don't want to miss the release of Demon Slayer The Movie: Mugen Train. Just remember to take along your reading glasses because this movie will be scened with the original language with English subtitles. After his family was brutally murdered and his sister turned into a demon, Tanjiro Kamado's journey as a Demon Slayer began. Tanjiro and his comrades embark on a new mission aboard the Mugen Train, on track to despair.

If you're a huge fan of fighting movies, then Mortal Kombat is a must-see to get your adrenaline pumping. MMA fighter, Cole Young, is unaware of his heritage — or why Outworld's Emperor Shang Tsung has sent his best warrior, Sub-Zero, an otherworldly Cryomancer, to hunt Cole down. Fearing for his family's safety, he finds himself at the temple of Lord Raiden, who grants sanctuary to those who bear the mark. Here, Cole trains with experienced warriors as he prepares to stand with Earth's greatest champions against the enemies of Outworld in a high stakes battle for the universe.

Every Breath You Take

Enjoy searing psychological thrillers? then Every Breath You Take is a movie you need to see. The movie is about a psychiatrist, whose career is thrown into jeopardy when his patient suddenly takes her own life. But when he invites his patient’s surviving brother into his home to meet his wife and daughter, his family life gets thrown upside down and is suddenly torn apart.

Judas and The Black Messiah

Judas and The Black Messiah is a movie based around the betrayal and assassination of Fred Hampton, the Chairman of the Black Panther Party. In 1968, a charismatic activist named Fred Hampton became Chairman of the Illinois chapter of the Black Panther Party, who were fighting for freedom, the power to determine the destiny of the Black community, and an end to police brutality and the slaughter of Black people. Hampton was 21 years old when he was assassinated by the FBI, who coerced a petty criminal named William O’Neal to help them silence him and the Party. But they could not kill hiss legacy. 50 years later, his words still echo, louder than ever. “You can murder a revolutionary, but you can’t murder a revolution."

For something humbling and thought provoking, Nomadland is the movie to watch this April. The story follows a sixty-something year old woman named Fern, goes on a journey through the American West, living as a van-dwelling modern-day nomad after losing everything in the Great Recession. Keep in mind that this movie can get a bit dark at times, but offers an uplifting message.

Voyagers is about a crew of astronauts on a multi-generational mission, who eventually descend into paranoia and madness, not knowing what is reality or an illusion. Set in the near future, the odyssey begins with 30 young men and women who are sent deep into space in search of a new home. As the mission commences, the crew reverts to their most primal state, not knowing if the real threat is what's outside the ship or who they're becoming inside it.

Maya The Bee - The Golden Orb

For another family-friendly movie, Maya the Bee is off on another adventure with this latest movie — Maya The Bee: The Golden Orb! When Maya, a headstrong and daring little bee, and her best friend, Willi, rescue an ant princess, they find themselves in the middle of an epic bug battle that will take them on interesting journeys to strange worlds while testing the limits of their friendship.

Need something and exciting that'll get the adrenaline pumping and have you sitting right on the edge of your seat? Wrath of Man ticks all those boxes. Starring the legendary Jason Statham, and multi-talented Post Malone, the movie follows H, a cold and mysterious character working at a cash truck company who is responsible for moving hundreds of millions of dollars around Los Angeles each week.

Enjoy spy movies that included references of wars from our past? Then be sure to get your tickets and grab some popcorn to watch The Courier, releasing later this month. This movie is about the true story of a British businessman, recruited into one of the greatest conflicts in history. Cold War spy, Greville Wynne, forms an unlikely partnership with a Soviet officer, in an attempt to prevent a nuclear confrontation and provide the necessary intelligence to defuse the Cuban Missile Crisis.

Starring Ruby Rose and Morgan Freeman, the action-packed film Vanquish is sure to get your heart racing. The story follows a mother, Victoria (Rose), who is trying to put her dark past as a Russian drug courier behind her and start a new life. But retired cop, Damon (Freeman), forces Victoria to do his bidding by holding her young daughter hostage. Now, Victoria go back to the life she left behind, must use guns, guts, and a motorbike to take out violent gangsters — or she may never see her daughter again.