Lanser's On Main Does Bistro Right

Est. Reading: 4 minutes
After 12 months of trade, Lanser's On Main has gone from a dream to a reality and eventually turned into Bryanston's favourite new lunch and dinner hangout. We take a closer look at what makes this establishment tick. 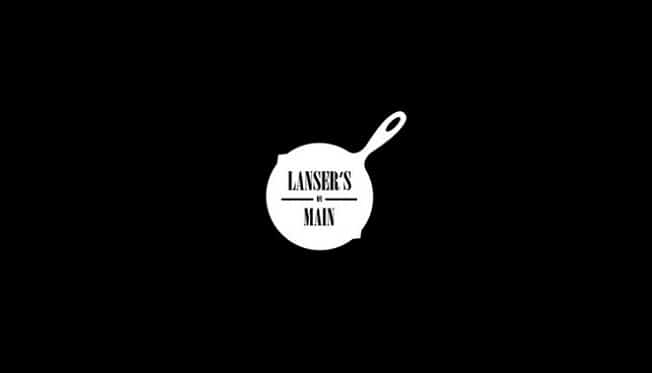 The Fundamentals Of Hospitality

It is evident that words such as decorum and chivalry are disappearing from the lexicon shared between Joburg restaurants. The culture of dining out has turned into something resembling an assembly line to convey guests into the one end and out the other. Enter Chef Lanser Fourie. His soft spoken voice, big smile and demeanor is set to change all that. It's his bistro in Bryanston that's slipped the lever on this conveyor-belt style of eating out and brought back the fundamentals of hospitality. Let's introduce you to Lanser's On Main, shall we? After our Q&A with Chef Lanser Fourie, we decided to book a table for two at Lanser's On Main. We've heard rumours that the restaurant was well on its way to the top of the Bryanston bistro circuit. This comes 12 months after the restaurant opened. Classically trained in French cuisine, Chef Lanser worked under Brit chef, Gary Rhodes at his Michelin starred restaurant, Rhodes 24 in London. The Anatomy Of Lanser's On Main

Lanser's On Main is the kind of place you'd expect to see in a black and white movie starring Humphrey Bogart and Mary Astor. In the far corner there's a couple deep in conversation, at the bigger table to the left there's a family celebrating accomplishments, and on the balcony there are two guys sharing a Cohiba; contemplating the next big tech thing. It's the type of place where the lights are dim, the champagne is always cold and the kitchen's saloon doors are constantly swinging. It's safe to assume that more than a few couples have gotten engaged here. The restaurant tables are dressed up in all-white and the crockery finishes in the same colour.

A Genteel Marriage Of Taste

Have you come face to face with a steak tartare before? It may seem daunting at first but you are here to explore; to taste things you've never experienced before. A rump steak minced with a swift chef's knife is topped with a bright yellow egg yolk  - free range, of course. This taunting dish is surrounded by pinched mounds of salt, black pepper, mustard, sweet paprika, truffle oil, garlic flakes and anchovies. The taste, the creaminess, and the purpose of the dish is very much that of a splendidly rich pâté. Each forkful pumps out flavour after flavour after flavour; every possible sensation of sweet, smoke, saltiness and tang linger for stretched minutes in your mouth. And then, washed away in a sharp sip of cognac, it all comes together. This is what brought the Buddha to nirvana... so to speak.

Following suit and holding its own when it comes to blasting your taste buds to new heights, is Lanser's On Main's famous tomato tartlet. Who would have thought that something as simple as a handful of grape tomatoes combined with an apricot and mustard crust could be so complex in flavour? Tomatoes explode in a combination of sweetness brought on by the apricot and is reeled in and kept together with a heaped spoon of goat's cheese. This is an absolute must.

With a Cape Wine Masters Diploma, Chef Lanser owns the intellectual palate to curate a wine list more than fit to pair with the dishes that he's created. Guests can expect to see the usual grape varieties such as Cab Sav., Pinotage and Sauvignon Blanc on the list, but may also be surprised by the lesser known Malbec and other hidden gems - all by award winning wineries in the Cape. Not too sure what to pair with what? Then ask Chef Lanser or one of the well-educated staff members to assist you. Credit: All For Women

The main menu sings of honey garlic chicken, venison steak, tilapia fillets and other quality dining items. Whenever possible, keep an eye on the specials menu. If there's any mention of risotto then be sure to order that. We have, on two occasions, ordered risotto from Lanser's On Main and both have been astounding. The springbok risotto served at Lanser's at the time of writing was birthed out of a blend of coincidence and necessity. When a load of springbok fillets fell into the kitchen's lap they decided to medallion the cut of meat and serve it up with creamy rice. This lead to something that sealed the deal for us - the Coup de grâce that knocked Lanser's On Main to the top of the food chain in Bryanston. With that said, the rest of the menu should be praised as well. The kitchen staff are well trained and can work magic with any ingredient thrown their way. To boot, the restaurant has a wood burning pizza oven which is used to create pizzas worth driving from the East Rand for. The sweeter side of the menu at Lanser's On Main retains to stick to the classics. Creme brulee, pana cotta, Bar One cheese cake and lemon meringue all star in the same line-up. Chef Lanser enjoys experimenting, so keep an eye out for desserts that aren't run-of-the-mill.