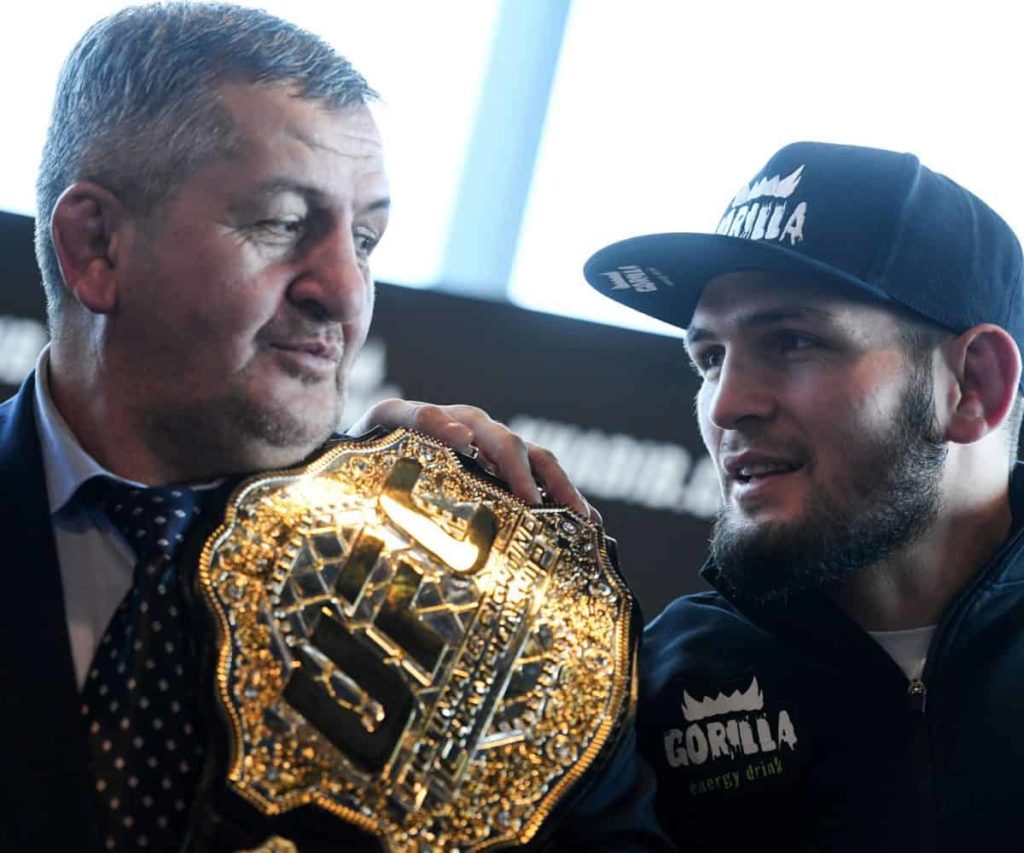 Abdulmanap Nurmagomedov was first hospitalised in April in his native North Caucasus region of Dagestan and was later transferred to a Moscow clinic.

Abdulmanap Nurmagomedov was first hospitalised in April in his native North Caucasus region of Dagestan and was later transferred to a Moscow clinic.

The father of the MMA superstar had reportedly tested negative for the virus but ultimately succumbed to complications.

Khabib Nurmagomedov is perhaps the biggest sports star ever from Dagestan and enjoys cult status in his homeland and the Russian Federation as a whole. Nurmagomedov’s rivalry with Conor McGregor propelled him to top billing in the Ultimate Fighting Championship.

Im May Abdulmanap had been placed in an induced coma as the virus took its toll. The 57-year-old had undergone heart surgery not long before contracting coronavirus.

“I’ve received sad news, friends, that Abdulmanap Nurmagomedov has left this world,” Kadyrov wrote on Telegram messenger, saying he was expressing the condolences of the “whole Chechen people.”

Nurmagomedov had in May urged people in Dagestan, one of the regions hardest hit by the pandemic, to be “disciplined” and “listen to our doctors.”

This week he posted a picture of his tracksuited father at a training session on Instagram with the caption “Father” as followers said they were praying for his recovery.

Last week ago Nurmagomedov gave an interview to Russian television, saying that his father no longer had the virus but was still in intensive care with damage to his kidneys and heart. He said he was visiting daily although his father was not able to speak to him.

The fighter was due to give a press conference on Saturday but that has now been cancelled.

Abdulmanap was a prominent trainer siring champions in judo and the Russian martial arts discipline sambo.

According to Russian publication Komsomolskaya Pravda, Abdulmanap began teaching his son Khabib fighting moves from the tender age of three.

Russian President Vladimir Putin has thrown his weight behind the fighter in the past. In 2018 the Russian leader held a televised meeting with Khabib Nurmagomedov and his father, saying that the fighter did not deserve harsh punishment for a post-fight brawl at UFC 229. Nurmagomedov jumped the cage and charged toward McGregor’s cornerman Dillon Danis, who provoked Nurmagomedov with trash talk from outside the cage. The pair had a storied and fierce rivalry with McGregor convicted of disorderly conduct after an attack on the Eagles bus earlier in 2018.

World Chocolate Day is celebrated annually on 7 July as a commemoration of the introduction of chocolate to Europe in......