The suburb of Troyeville is one of Joburg’s lesser known heritage hot spots. Situated just to the east of the inner city, Troyeville is bordered by the more well known Kensington, Jeppestown, Doornfontein and Maboneng areas. However, there is just as much to do and see here, so pay it a visit as soon as you can. 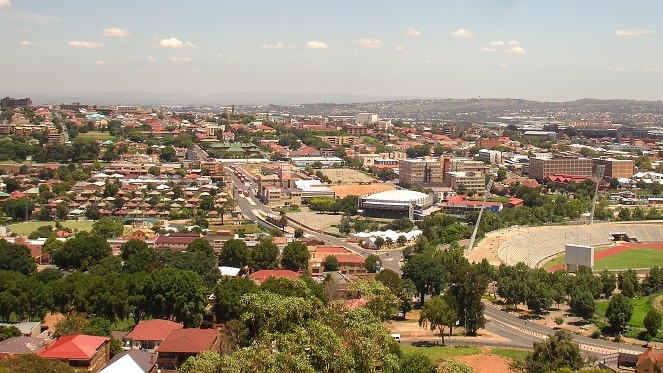 Of all Troyeville’s attractions, the Troyeville Hotel has to be at the very top of the list, famous for their Portuguese prawns, baby chicken and a fantastic view of the city surrounds. First licensed in 1939, this little gem is a must-visit. The hotel attracts all sorts of guests, from artists, to musicians, cabinet ministers and sports stars, this is a reflection of the history of the suburb, which was once home to a multitude of artists and bohemian players. The Troyeville Hotel hosts regular book evenings and live music sessions, so pop by for a delicious Portuguese spread and good company. 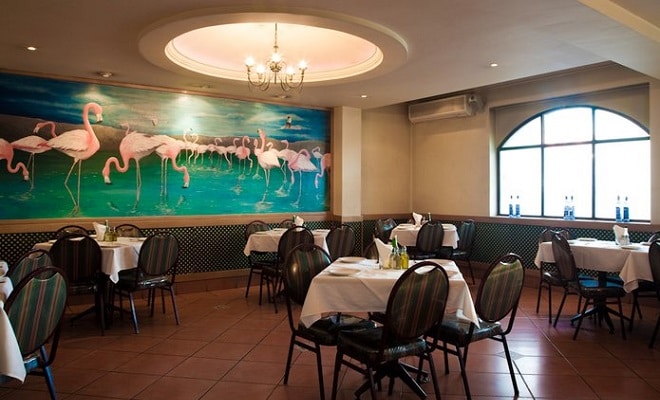 The Baptist Church of Troyeville dates back to 1897. Founded by missionaries, Troyeville’s oldest church was originally nothing more than a tin structure. The original structure was later built over to accommodate for the growing congregation. The church still stands today, boasting an impressive steeple, stained glass panels and ornate fixtures. It received Heritage Status in 2017, so make sure to pass by on your journey through the streets. 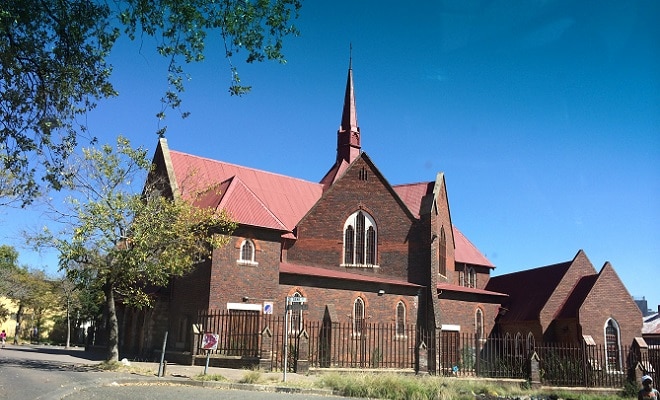 Troyeville was once home to a number of anti-apartheid activists, including David Webster. Gunned down by a government assassin in 1989, Webster’s legacy can be felt at his former home on Eleanor Street. Now privately owned, the home has been decorated in colourful mosaic with the permission of the owners. Designed under the artistic guidance of Ilse Pahl, the work was completed by a community of Webster’s friends. The design includes an outline of his daughter’s hand, outstretched hands of friendship, local cattle and a football stadium. The message on the exterior wall reads: David Webster 19 Dec 1945 – 1 May 1989. Assassinated here for his fight against apartheid. Lived for justice, peace and friendship. 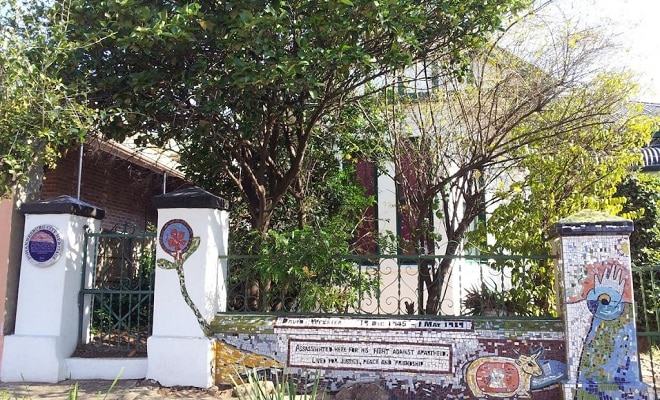 Another political activist who called Troyeville home was Indian peacemaker, Mahatma Gandhi. He lived in the suburb with his wife and children between 1904 to 1906. The Gandhi’s Victorian-style double-storey, 8 bedroom home with sprawling verandah is one of the many mansion style homes situated in Troyeville. While you cannot enter the home to explore its history, its exterior offers a reflection of the quiet beauty of the area. 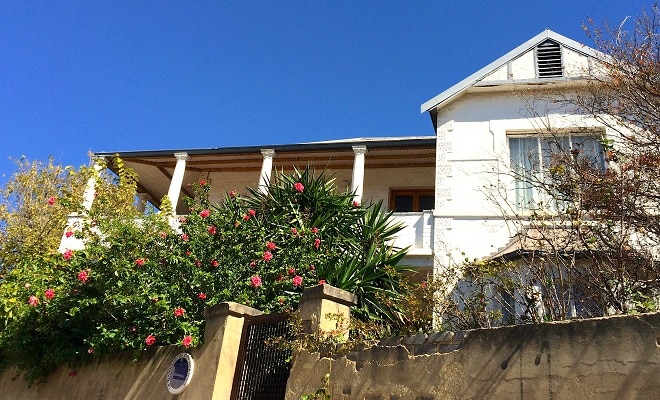 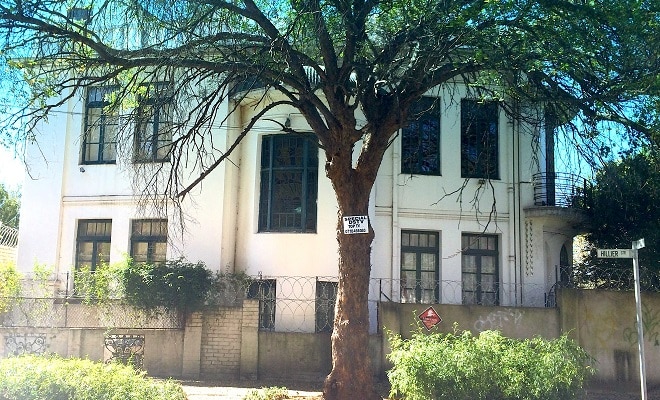 Driving along Commissioner Street into Troyeville, you will find the Fairview Fire Station where Johannesburg’s first fire tower was built in 1906. The 35-metre tower was used as a lookout for spotting fires and for drying out fire hoses. It is Johannesburg’s only remaining fire tower and the highest of a group of towers in the area. Unfortunately, visitors are not permitted to climb the tower, as it is a national monument. 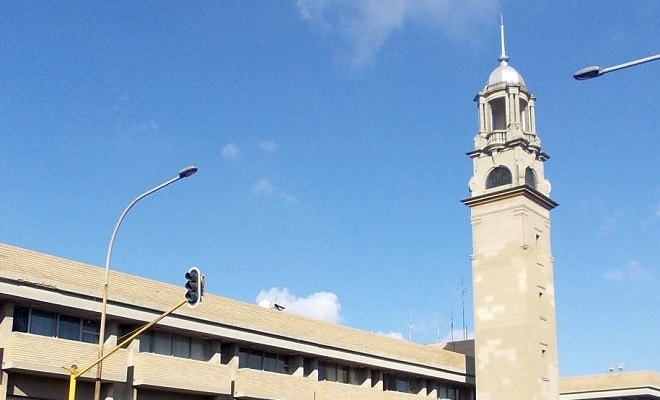 Finally, there is something for the art lovers. Spaza Art Gallery is a much beloved Troyeville hot spot for upcoming artists, sculptors and poets. Established in 2001, it is a symbol of the 21st-Century Troyeville. Operating as a non-profit organisation, Spaza Art Gallery provides an exhibition and networking hub for artists working in the community. Describing themselves as an eccentric backyard gallery, utilizing recycled materials with a plastic radio tower and garden café. This place hearkens back to Troyeville’s bohemian roots while addressing the very real socio-economic struggles in the area. 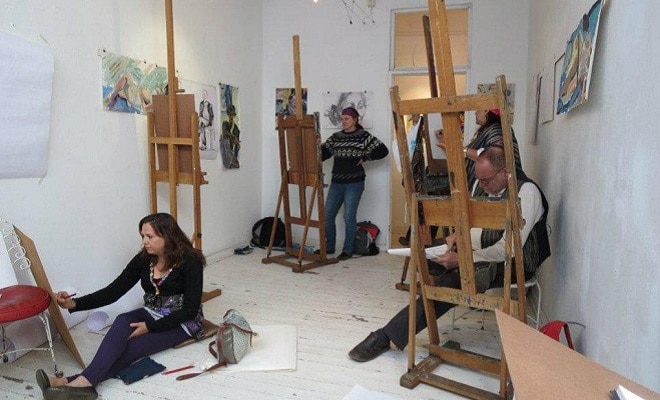 Celebrate The Jacaranda Season At The Four Seasons Hotel The Westcliff

The Best Place To Be This Summer Make the most of the city's sun-baked afternoons by cooling off with the......