A-ha are coming back to SA after 25 years! Be sure not to miss them live on Saturday, 15 February 2020,  performing their “Hunting High and Low” Tour at Marks Park Sports Club in Emmarentia. 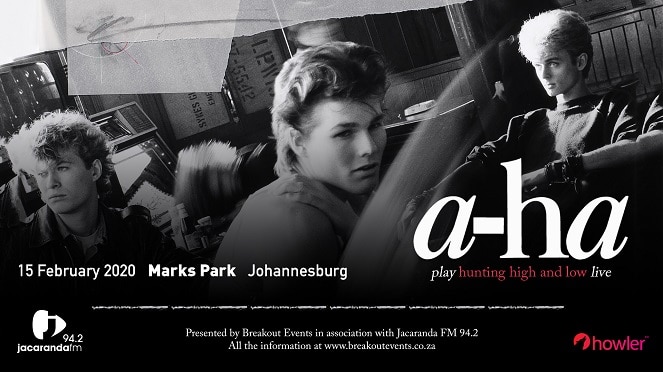 BreakOut Events and Jacardanda FM have something super special in store for you in 2020. Welcome in the new decade by travelling back in time to the 1980s, when big hair was everything and synth-pop was all over the radio. Bringing you their iconic 80s pop sound (minus the big hair), A-ha are returning to SA after 25 years!

Performing in both Cape Town and Johannesburg, A-ha will play their Hunting High and Low tour to adorning fans, young and old. Released in 1985, Hunting High and Low was A-ha’s surprise smash hit debut album. Featuring your favourite songs, like Take On Me, the album remains as relevant today as ever before.

A-ha members, Magne Furuholmen, Morten Harket and Pål Waaktaar-Savoy, will perform new and old, familiar and less-familiar songs, as well as the 10 songs off their debut album. The tour also coincides with the 35th anniversary of the release of the original version of Take on Me. So, take this once in a lifetime opportunity, and get your tickets to see A-ha live in Joburg at Marks Park Sports Club in Emmarentia. The concert is right around Valentine’s Day too, so spoil your loved one and take a trip down memory lane to when you first fell in love. 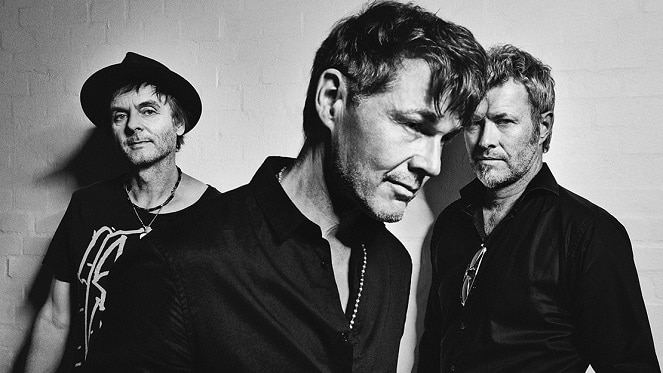 Who’s Been To The Food Lover’s Eatery In Braam?

Lunchtime Sorted! If you work near or around Braam, lunch time just got a whole lot easier! In case you......