Home » What's On At The Theatre This Winter Season

Est. Reading: 3 minutes
Joburg's top theatre venues have embraced the return of live entertainment in full force. Join Joburg Theatre, The Market Theatre, POPArt and the the Teatro at Montecasino for their winter season lineup. Happy watching all you theatre lovers! 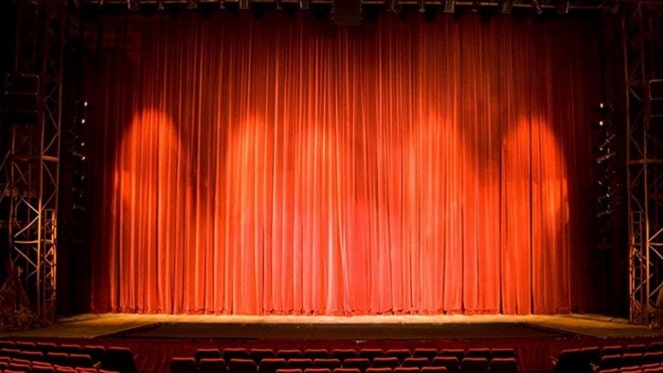 POPArt Theatre embraced online streaming during lockdown unlike any other performance venue in Joburg. They are now the official theatre nomads on the scene, without a permanent venue, but still offerings tons of entertainment through their online platforms. POPArt also regularly partners with their former Maboneng neighbours The Bioscope (now located at the 44 Stanley Precinct in Milpark) and the Market Laboratory in Newtown. While they haven't announced their winter lineup just yet, we are certain that they'll be back on stage performing their most popular comedy sketches and improv routines in no time. Keep an eye on their Instagram page for details or catch up on some of their best work on their YouTube channel. It's the perfect way to spend a chilly night in.

The Market Theatre has a stellar winter lineup in store for you. Join them for the Joburg stage debut of The Red on the Rainbow. Written and directed by Monageng Vice Motshabi, the play tackles topical issues of injustice and racism in contemporary South Africa. The show opens on Wednesday, 20 April and closes on Sunday, 1 May 2022. Tickets cost between R90 - R150 per person and can be purchased on Webtickets.

If you're in the mood for something a little lighter, book yourself tickets to Feeling Good this April. Schalk Bezuidenhout presents his newest body of work at the Market Theatre from 28 - 30 April 2022. Schalk wrote the show and it promises to be a laugh a minute, complete with his trademark self-depreciating humour and quirky sense of style. This is one you certainly won't want to miss out on, so get your tickets now! Joburg Theatre is the home of classical ballet and opera in central Johannesburg. This winter season, they've got an awesome lineup of dance, drama, and opera for you to enjoy. We are most excited to see Joburg Ballet's La Traviata - based on Verdi's opera of the same name, La Traviata is one of choreographer Veronica Paeper's most popular adaptations. The ballet will be staged on the newly renovated Nelson Mandela stage from Friday, 1 July to Sunday, 10 July 2022. Book your tickets as soon as possible to avoid missing out!

Joburg Theatre turns 60 this year! As part of the celebrations, Don Giovanni will be mounted on the Nelson Mandela stage this winter. The opera has been produced as an in-house masterwork, with Christoph Dammann at the helm. Dammann directed The Magic Flute at Joburg Theatre back in 2016. We are super excited to see this production when it takes to the stage in August 2022. You can find out more information about the show on the Joburg Theatre website.

Two years after its initial intended debut, Swan Lake finally lands at the Teatro at Montecasino this July. The St Petersburg Ballet was postponed due to the COVID-19 pandemic, but is now expected to take flight this winter season. If you bought tickets in 2020, you will be eligible to transfer your tickets to a date this season. If not, simply book your tickets on the Computicket website. This beloved ballet is not one to be missed. Come and be swept up by the magical sounds of Tchaikovsky's compositions and the entrancing story of Odette, Prince Siegfried and the villainous Von Rothbart. We hope to see you there!