Cinema Nouveau at Rosebank Mall specialise in screening alternative films, such as art and independent movies. They also regularly host screenings of live operas and ballet for all you theatre buffs out there. In the run up to the 92nd Academy Awards, Cinema Nouveau will be screening all the most talked about films of 2019. See them before it’s too late! 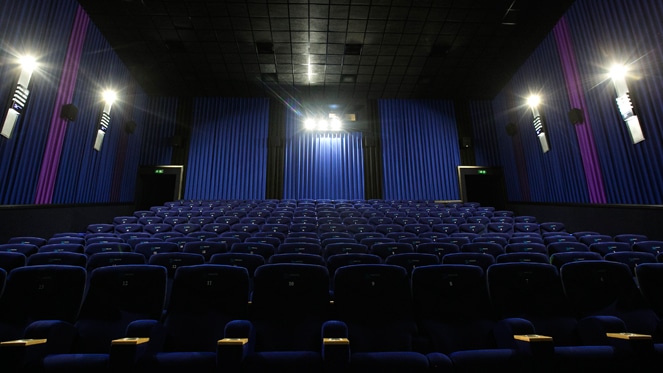 What Is Cinema Nouveau Rosebank?

Cinema Nouveau is a dedicated art film house located at Rosebank Mall. They specialise in screening independent and art film features. In additon, they screen live theatre performances from the National Theatre in London and the Metropolitan Opera in New York. Cinema Nouveau isn’t your typical movie house – they offer audiences a much more niche genre of films to choose from. However, movie lovers of all kinds can find something worth watching here. From thrillers and dramas to comedies and musicals, there is something for everyone.

The cinema has also recently undergone a renovation, bringing you more spacious seating and better all-round viewing. So, embrace the energy of pre-Oscar season and head out to the movies. There are some great picks on this January, so you won’t be sorry you visited.

Here are our top films to check out at Cinema Nouveau Rosebank this season:

Renée Zellweger returns to the big screen in her finest form as legendary performer, Judy Garland. Following a string of recent Hollywood biopics shedding light on the darker side of fame, Judy is pegged to win multiple awards. In the winter of 1968, Judy Garland arrives in London to perform a series of sold out concerts. Leaving her young children behind, Judy must come to accept that her star may not shine as brightly as it once did. See Zellweger totally transformer into Judy Garland before the Academy Awards ceremony takes place on 10 February 2020!

Pain and Glory is a Spanish drama written and directed by Pedro Almodóvar. Nominated for the Best International Film Feature, the film stars Hollywood masters, Antonio Banderas and Penelope Cruz. Following Salvador Mallo, a has been film director, the film plays out through a series of flashbacks and present time interactions, which reveal Mallo’s journey towards a midlife crisis. Pain and Glory was selected as the best film of 2019 by Time magazine, so be sure to see it!

If you have ever enjoyed playing a good game of Cluedo, then Knives Out is likely to be right up your alley. The film plays out almost like an Agatha Christie novel, with a bunch of sinister twists and turns thrown in to knock you off the scent of the ‘real’ murderer. The stellar cast (which includes Daniel Craig, Jamie Lee Curtis and Chris Evans in a dashing knitted sweater) deliver noteworthy performances, playing perfectly to murder-mystery archetypes. This is the perfect midweek movie to see with your most intuitive friends.

Based on the true story of the battle between Ford and Ferrari to win Le Mans in 1966, Ford vs Ferrari is pegged to win big at this year’s Academy Awards. Starring Christian Bale and Matt Damon, this heart-racing film is a must-see. Motor enthusiasts, book your tickets as soon as possible!

Sir Andrew Loyd Webber’s epic musical, Cats, is brought back to life in cinematic glory by a cast of stage and screen veterans. Following a tribe of cats called the Jellicles, who must decide yearly which one will ascend to the Heaviside Layer and come back to a new Jellicle life. The film has received mixed reviews from audiences, but is nevertheless in the running for an Oscar nod or two. See it yourself to make the final verdict on whether it’s a hit or a miss.

Another contender for the Best International Film Feature is Parasite, a South Korean dark comedy thriller about the means an impoverished family will go to to create a better life for themselves. All unemployed, Ki-taek’s family takes a peculiar interest in the wealthy and glamorous Parks for their livelihood, until they become entangled in an unexpected incident.

What Is It? Back by popular demand, Icons Shop in Kramerville will be hosting a screening of the 1994 cult......