There’s a new restaurant on the block and it’s got the whole of Linden buzzing. Our resident food writer, Shawn Greyling, takes a closer look at what makes Van Der Linde worth spending your hard-earned Rand-elas at. 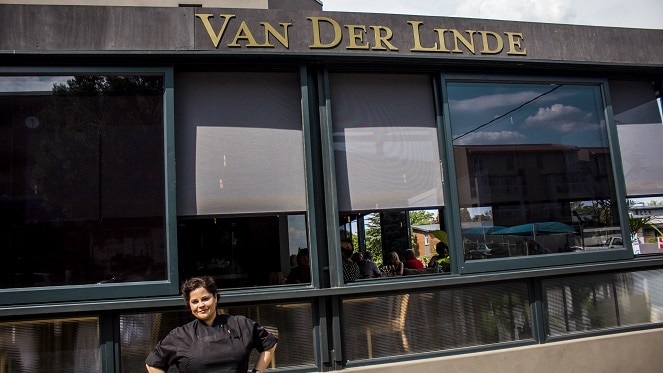 For the past four years, I have been documenting the dawning of Joburg’s culinary Golden Age. In fact, I am so passionate about the local food scene that I emailed Pulitzer Prize-winning food critic, Jonathan Gold of the LA Times before his passing. Why? It was partly inspired by a new restaurant being constructed in Linden. Excited beyond belief, I dug around, chatted to locals and found out what’s potting. The first thought was, “I have to get the international dudes to pay attention to what’s happening in Joburg!” Besides, the restaurants flanking the streets of Linden deserve as much attention as they can get. Which brings us to this neighbourhood’s most exciting eat-out experience, Van Der Linde.

Named after the suburb’s founder, this quasi-fine-dining spot takes up shop where the old Linden bottle store used to be. Now, before we dive head-first into this comprehensive review, let’s get one thing straight. Whenever I review a restaurant, I give it some time to settle in. There is nothing worse than rushing into an eatery that’s barely removed the plastic wrap from its steam table — it takes time for a place to find its footing, run smoothly and fine-tune its service. Seven months in (give or take), I’ve decided it’s time to finally step foot in this eatery.

When it comes to dining out, you expect the service to be on point. In fact, dining for any amount of money deserves decent service. Van Der Linde has managed to get that right. This is due to exec chef Amori Burger ruling the kitchen with a firm but fair fist.

Van der Linde is made up of four components: the bakery, the bar, the kitchen and the wine room. These elements combine to create a unique dining experience whether you’re sitting down for brunch with the family or impressing a date with something new.

The Bar At Van Der Linde 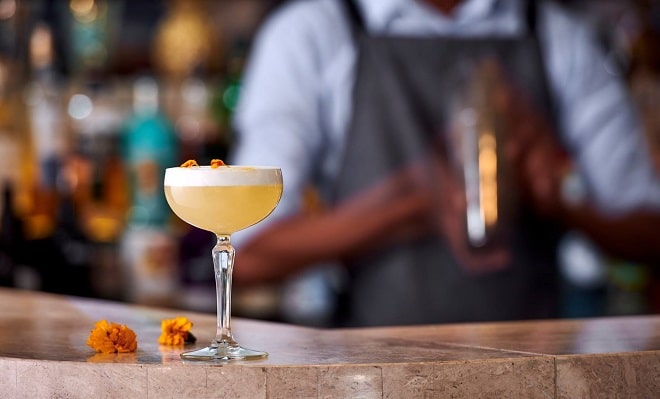 The Bakery At Van Der Linde

At the helm of Van Der Linde’s bakery is 29-year-old Lydon Dodo. As with all things served at this Linden eatery, the bread, pastries and sweet treats are all made from scratch. Apple sourdough bread, croissants, bagels and other bread varieties are freshly baked, in-house, daily. The sourdough takes weeks to make (well, the initial starter at least). 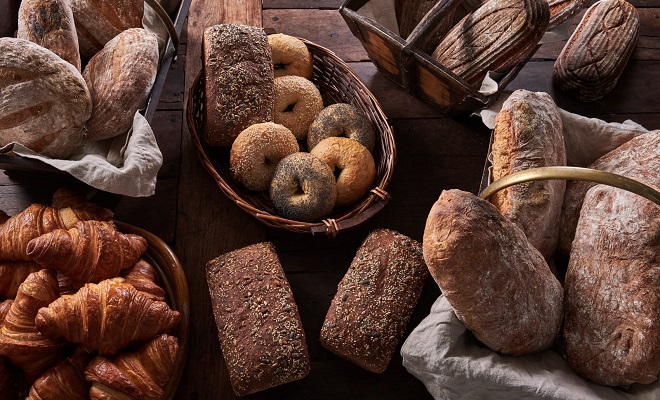 The Kitchen At Van Der Linde

Every meal of the day is the most important meal of the day, but for the sake of tradition, let’s start with breakfast. VDL offers a unique ‘build your own breakfast’ where you construct plates of ham, eggs, bacon, banana and even morcela (a Portuguese take on the traditional European blood sausage). Each item is charged individually. Table d’hôte items include curried tofu scramble, farm loaf French toast served with stone fruit and thyme, quinoa granola (an interesting take on a light breakfast classic), and the Instagramer’s favourite, avo toast. The restaurant also has a wine shop stocking some interesting vintages.

Our Choice: Don’t think twice, order the creamy scrambled egg and bone marrow served with sourdough toast and tomato relish or build your own breakfast. 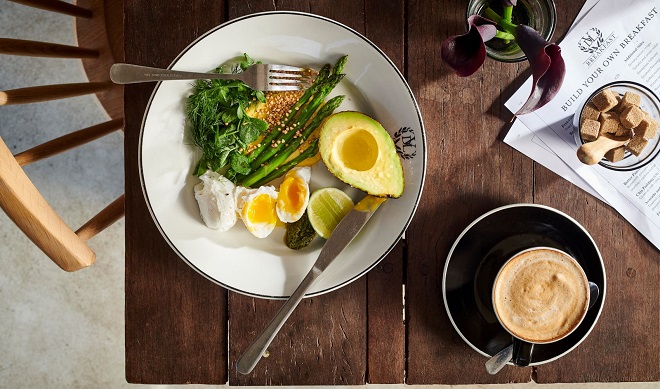 
Life is too short to lunch alone. VDL takes this into consideration as their lunch menu sings songs fit for two. Above and beyond the usual tomahawk steak (on the bone — NEVER have a rib-eye off the bone), 200g beef burgers and fish and chips, the restaurant offers a chubby charcoal-grilled rib-eye steak served with blue cheese sauce, bacon, and gem lettuce. The country chicken roast sees a lemon and herb high-heat cooked bird served with roast veg and gravy. And here’s one for the vegetarians — leek and potato baked in white wine and topped with manchego cheese. 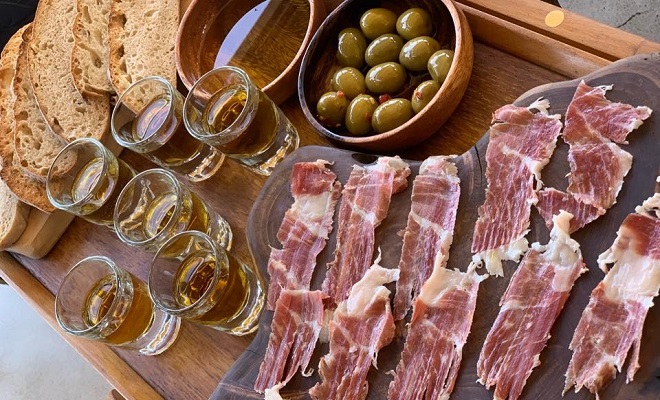 Our Choice: Let’s go back to the rib-eye. Now, I’ve had rib-eye done sous-vide and blasted with a blowtorch in Paris, I’ve had it baked and seared in a knob of butter and olive oil at The Maslow in Sandton, and I’ve dropped it on the floor after a couple of single malts by the fire, but I’ve not had it done the way Van Der Linde does it. I am convinced they follow tradition (sear the outside to seal in the juices — which is a myth, by the way — get the centre to 55°C and dress with thyme) but somehow their rib-eye is beyond melt-in-your-mouth beautiful. Someone mentioned that it’s too expensive but to them I say, why don’t you go have a Steers burger instead? Life’s too short to Scrooge McDuck your wallet when it comes to good steak. 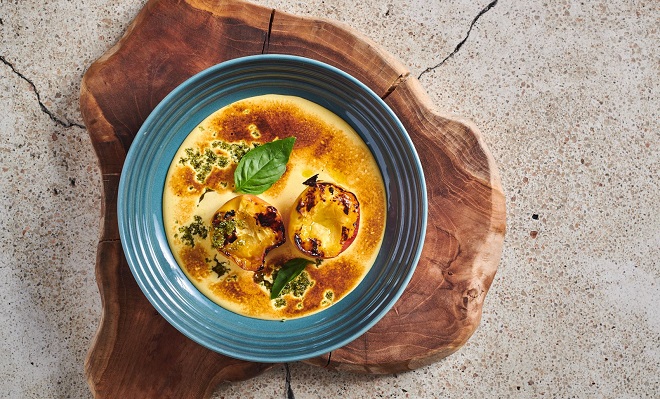 
The highlight of any three-meals-a-day kitchen is their dinner. With dishes such as bone marrow served on toasted sourdough and filet au poivre dressed in a cognac sauce, Van Der Linde is not prancing with the puppies, so to speak. Night brings with it a dining crowd that’s cut its teeth on the finest fair in the city. Fortunately for us, Van Der Linde finds itself successful both in taste and presentation with their dinner menu. It’s as if they discard the fine(r) dining mantle and just do food… good food at that.

Without listing the entire menu, the harissa flavours introduced to fluffy yet stern paneer served with roasted pumpkin is what vegetarian dreams are made of. The mushroom and truffle ravioli is as good as it reads and should be ordered with a glass of white wine. On the wine tip, double-check the prices before ordering as those grapes don’t come cheap. If you feel adventurous then try the mustard pork chops. For you big eaters — like me — order a side (baby potatoes, roast veg, that type of stuff) as the portions aren’t the biggest.

The crème brûlée is worth the order even though you’ve had something similar many times before. I’d like to see a bit more adventure on the dessert menu, though. As safe as baked chocolate pudding or a cheese board may be, I feel that this restaurant has the ability to shine when it comes to the sweet stuff.

Our Choice: This is the biggest reason why I will give Van Der Linde another visit sooner than later: the mushroom and truffle ravioli tossed with Grana Padano, the common cousin of Parmigiano Reggiano. 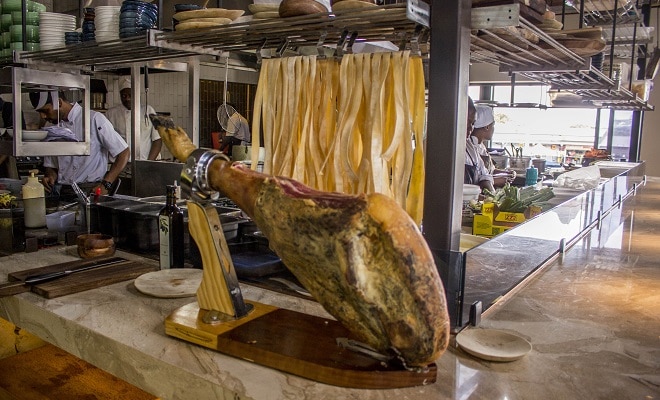 In the courtyard of this refined dining spot, you will find an oasis of tranquillity with old patio furniture and bonsai trees. It is there that the Bonsai Studio hosts its workshops where hobbyists can learn about growing and caring for these miniature trees through classes and meeting like-minded and passionate individuals. The Bonsai Studio also runs an online store which stocks everything you need to get started on your bonsai journey. 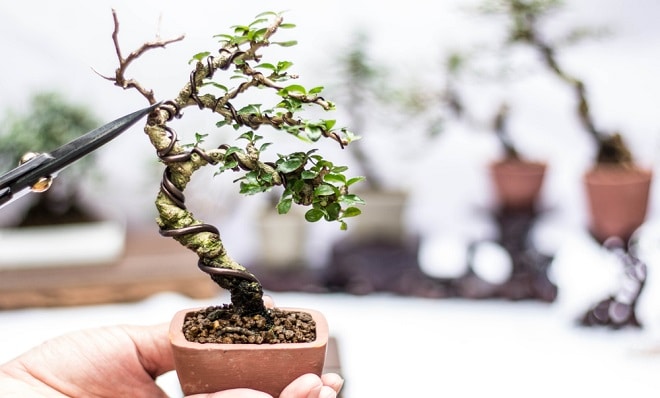 Under the masterful eye of Michel Roux, a young Daniel Galmiche honed his culinary skills. That was during the 70s......