Slowly but surely the inner city is becoming known as a neighbourhood on the rise. From upper middle class apartments to A-class cafés, places such as Hillbrow is exchanging its bad street-cred for loafers and skinny jeans. Take a tour through the burbs from Emirates Airline Park with us. 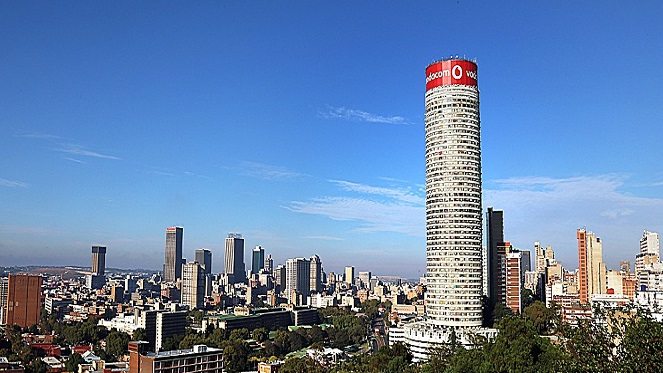 There is a tonne of stigma tied to Hillbrow and the inner city of Johannesburg. It is as if people feel safer with the distance placed between themselves and this iconic neighbourhood. To some the suburb signifies a crime-filled red zone that should be avoided at all cost. That is a stigma we have set out to remove today. Many South Africans still live under the impression that Hillbrow is an unsafe and run-down area where only criminals and the impoverished spend their days. But now, the renowned Ponte City building, after years of housing criminals and delinquents boasts a 100% occupancy of middle class individuals. The area was originally constructed as a hamlet for the aristocracy of Joburg in the ’70s, but by the late ’80s turned into a massive thorn in the side of the metropolis. The property value fell as government withdrew from the area as it hosted liberal minded, anti-apartheid types.

Now, the view from the top of Ellis Park stadium (Emirates Airline Park, as it’s now known) is
breathtaking and one can see everything from Yeoville to as far as the water tower on top of Northcliff Hill. The stadium is packed with tourists from all over the world: India, Finland, Canada and Brazil. If Johannesburg is the heart that pumps life-blood into the rest of the continent then Hillbrow forms one of its chambers.

Exiting the Lion’s Den on foot, one gets sucked into the sights and sounds of the streets. Derelict buildings and unfamiliar friendly faces flank traffic as one heads up the hill. The park is known for its influx of pick-pocketers on match days but today is different. We’re here to conquer stereotypes and defend our city’s honour. The community has put its own form of policing in place. But this cause-and-effect can be removed if more people living outside of Hillbrow visit the neighbourhood and support local businesses, which will then lead to exponential growth. Municipal services will improve and the neighbourhood will slowly regain its once regal status.

What makes growth and development difficult in this area of town is that it is not a retail district in the sense of Braamfontein or Maboneng, but a residential section which curbs the possibility of a massive redevelopment as seen in other parts of the city. All that is needed is to reintroduce the area to the masses and have people visit the inner city again. The change is up to us.

Cyrildene is also known as ‘New China Town’. This is because ‘Old China Town’, which is located in Commissioner Street......