The Outreach Foundation present the 15th annual Inner-City High Schools Drama Festival as part of Arts Alive Johannesburg 2019 this September. Come and see how young people are thinking about their world, how they engage with each other and their own identities. 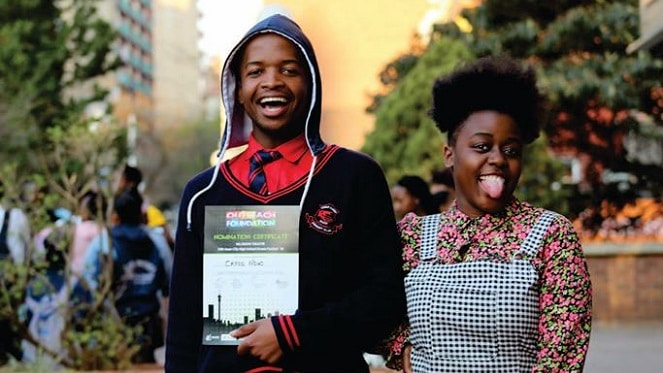 Each year before the festival a team of facilitators go into inner-city schools to work with learners on a weekly basis. Facilitators from the Outreach Foundation’s Performing Arts Project, young artists working in the city and second-year Market Theatre Laboratory students make up this team. Learners from these schools then present their work at the Hillbrow Theatre at the Inner-City High Schools Drama Festival. This year’s festival is presented as part of the Johannesburg Arts Alive International Festival.

“At school we only follow the textbooks, while at the theatre we follow our minds,” – Isaro Cast Member, Inner-City High Schools Drama Festival 2013.

The Outreach Foundation celebrate this milestone with a record number of 41 participating schools at this year’s festival! Each school will perform an original work starring their most talented students.

The theme for this year’s festival is Gender and Sexuality:

“Gender and Sexuality is a complex part of being a teenager. It is vital that teachers, parents and young people courageously engage in these conversations,” the Outreach Foundation says. “This theme will hopefully give us courage to explore the unhealthy silence around these topics that plagues our country. [We hope to] encourage learners and facilitators to engage this topic individually and in their communities long after the festival closes.”

“Sex is complicated and complex. Theatre is complex and complicated. Theatre can be naughty, it can be playful, you can be daring on stage and you can play around with different roles, personas and genders. Sex can be funny, undignified and ridiculous…and so can theatre. Both sex and theatre are exhilarating, dangerous, fun and risky,” they argue.

You can expect a jam-packed line up at this year’s festival. Over five days, the 41 schools will present their original productions. The concluding day of the festival will see the adjudicators present the top four finalists and awards to outstanding performers. The adjudication panel features the likes of Mpho Molepo, poet Khutjo Green and director and writer Napo Masheane.

“It is amazing how young people, given a chance, start to speak about who they are and where they come from,” Masheane says.

Nine schools will present their works on stage per day. The festival kicks off on Friday, 30 August 2019 at 10:00 and runs until Saturday, 7 September 2019. Tickets cost only R15 per person for each show, so you really have no excuse not to attend! Contact thabang.p@outreachfoundation.co.za to reserve your tickets.

What Is It? Join in on the delicious Portuguese Food and Wine festival at the Wanderers Club in Illovo. This......