Est. Reading: 3 minutes
La Rosa has opened its second home in Montecasino. Our resident foodie went to investigate and came back with some interesting stuff to report. 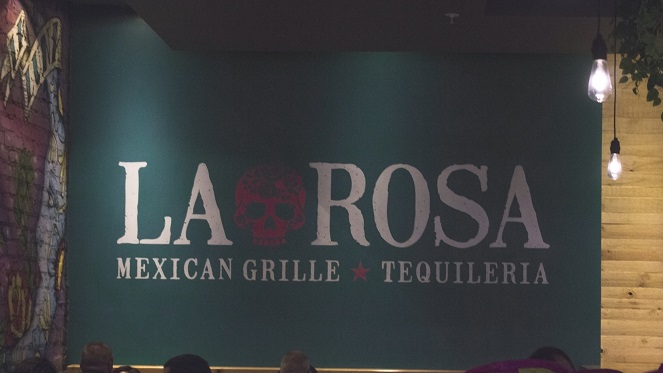 Attention to detail. Those are the three words I will use to sum up La Rosa. On the surface, it looks like a funky take on an authentic Mexican restaurant. Everything from the decor to the menu look quite... Mexican. But if you look closer, you start to realise that there's more to this place than meets the eye. It's like getting lost in a Georges Suerat painting - the longer you look, the more you discover. At first sight, you get the feeling that you're about to dine at a millennial version of Spur. (Now, now, hang with me for a moment and let me explain.) Have you ever gone to a Spur on payday and there's no vibe going? As if everybody's just there to eat their food and leave? Nope. Well, case and point. La Rosa has the capability to become South Africa's new family restaurant... laced with tequila and tonnes of festivity. This in itself is a great quality that a lot of restaurants - especially in Johannesburg - lacks. The vibe. Where other eateries see you as just another pair of feet through the door, La Rosa makes a point of getting you loose and lekker. Whether this is by way of beer or brilliant smiles from the staff, you soon realise that this is a safe space. As soon as you sit down ,you are given a colourful sombrero and offered something to drink. This breaks the tension right away. So, loosen that tie and let's party it up. The starters menu kicks off like an enthusiastic mariachi band eager to please. I highly recommend the corn poppers (pretty much arancini balls stuffed with corn and jalapeños) and the butternut and feta flautas (Mexican spring rolls). Other interesting starter items include ceviche, chilli dippers and small plate of nachos. From the get-go, the food is flavourful, packed with spices and beautifully presented. And what would an order of opener eats be without something to wash it down with? And of course, we're having tequila based cocktails. When in Rome... or Mexico for that matter... do as the Romans, we mean Mexicans do, and have a margarita. Fortunately for us, La Rosa in Montecasino has not one, not two, but three different margaritas to choose from: lime, strawberry, pineapple and agave syrup. We were also impressed with the fact that La Rosa only serves real tequila (unlike the big name brands that only contain 51% agave... here's looking at you, Jose Cuervo). Fun fact, did you know that South Africa is the third highest tequila consumer in the world? Other than the ol' margarita, La Rosa also has their very own twist on a Moscow mule called a, yup, Mexico Mule which consists of tequila, lime juice and a Dragon Fiery Ginger Ale. Moving on to mains (this is where the tequila drinking officially kicks off). La Rosa offers a selection of fajitas, burritos (with an option to build your own), tacos and enchiladas.  I went for the tacos (which is served with your choice of a hard or soft shell). I went for the lamb tacos which had been cooking for over three hours in a mixture of chilli and spices and are beyond beautiful. When it comes to the burritos, be warned - they are not as big as you'd think. My babe built her own burrito and we were a bit let down by its size. With that said, the food is well prepared and full of flavour. Other taco choices include spicy braised beef short rib, citrus-marinated pulled pork, and beer battered hake. The standard burrito entries include carna asada and potato fries, chicken pibil, and pork carnitas. With our bellies nearing full, let's order some dessert for good measure. Fortunately for us, Mexico is known for its sweet stuff. Enter sopapillas and churros. You don't know what either of those are? No worries! Let's begin. Churros: A churro is a fried-dough pastry (predominantly choux) based snack. Churros are traditional in Spain and Portugal. Sopapillas: A sopaipilla is a kind of fried pastry and a type of quick bread served in several regions with Spanish heritage in the Americas. La Rosa has owned both these traditional desserts. The sopapillas are served with vanilla ice cream and taste even better when you leave them to soak the melting ice cream.

In conclusion, do yourself a favour and go check out La Rosa in Montecasino. Be sure to book in advance as they get very busy very quickly! It's an Exclusive Dining Experience at Olive & Plates