Home » The Great Ansteys Is Back In Town

The Great Ansteys Is Back In Town

Est. Reading: 2 minutes
The redeemed and reclaimed Ansteys Building is sporting a brand spanking new coat of paint and a wonderful interior. Come with us as we explore this iconic building inside and out. 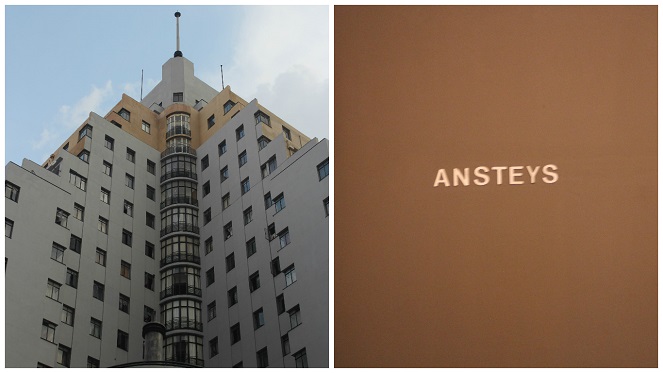 Once the tallest building on the continent, the Ansteys Building on Joubert Street is a perfect example of the opulence and bravado of commerce that topped the peak of the gold rush. Designed by Emley & Williamson, the architects responsible for some of Johannesburg’s most notable buildings (such as Central Block at Wits), the Ansteys is recognised as one of South Africa’s best examples of art deco architecture – a style synonymous with Johannesburg’s rapid expansion and the modernisation, optimism and Americanisation that swept the globe before the Second World War. The 25-story building houses four floors of commercial space and a further 21 of sectional title units, which range in size from 70m2 to 141m2. The refurbishment of the Ansteys Building – which faced demolition in 1989 when Sanlam Properties proposed to redevelop the whole city block – was monitored by the Provincial Heritage Trust, which ensured that many of the original fixtures be restored. Though full occupation of sectional title schemes in town is quite rare, the Ansteys Building boasts a 100% occupation rate, which owes its success to its geolocation within the city and the facilities that surround it: a Woolworths Food, a handful of fresh food markets and stalls, and a string of coffee shops. It is within walking distance of Bank City and the majority of its residents work in that financial district. The average cost of an Ansteys apartment is R500 000 – a steal in today's property market... but good luck finding a seller as these apartments are sought after.

The Ansteys Building is a provincial heritage site and is significant to the City of Johannesburg for the following reasons:

One comment on “The Great Ansteys Is Back In Town”