Home » Spotlight On The Centre For The Less Good Idea

Spotlight On The Centre For The Less Good Idea

Est. Reading: 5 minutes
We visited The Centre For The Less Good Idea in Maboneng for a chat with animateur Bronwyn Lace. Here's the lowdown on all the happenings that occur at this gallery-cum-theatre space, situated right in the heart of the city. We recently sat down with Bronwyn Lace, animateur at the Centre For The Less Good Idea. She let us in on exactly what goes on at this one-of-a-kind arts centre, which is situated in the heart of the Maboneng Precinct.

What Is The Centre For The Less Good Idea?

1. How did the concept for the Centre For The Less Good Idea come about?

Bronwyn: In 2016, William (Kentridge) met with me and expressed that he had an interest in starting a foundation for the arts. He immediately said that it needed to be an interdisciplinary and collaborative space. He believes an ensemble sees the world differently to how one individual does.

The intention for the space would be to afford artists the kinds of opportunities William has enjoyed. These are opportunities to play, to test ideas with others of varying artistic backgrounds. It is a space that intends to hold process and celebrate the spontaneous moments of collective making and thinking.

We knew, that as two individuals, we couldn’t assume that we understood what Johannesburg’s art scenes needed. William wanted to grow a space that was capable of responding to the needs and the wants of practicing artists. This meant that we could build The Centre in the same way an artwork is made - bit by bit, step by step, trying something to see whether it has legs. If it doesn’t, it's allowed to take a back seat as the next idea emerges. William purchased the three spaces of The Centre, one after the other. The time in between meant that we could better understand the ways in which we can occupy these spaces and mold them to fit the needs of the artists. Importantly, these spaces are in close proximity to William’s own studio, which is just here (in Maboneng).

2. How Did The Centre Find Its Name?

Bronwyn: The Centre For The Less Good Idea came about as a title, because in our thinking together we were talking about safe spaces for artists to create. We had a desire to build a space that would allow artists to take risks and follow secondary processes. When William told me about ‘finding the less good idea’, a phrase he has used in some of his work which comes from this Tswana proverb “If the good doctor can’t cure you, find the less good doctor”, I was hooked and our cumbersome yet intriguing name was found.

The Centre For The Less Good Idea is not about bad ideas, it’s about secondary thinking. What happens after the idea that woke you up at 3’o’clock in the morning and catalysed you into a state of making? The Centre is the space to pursue and to give time to the ideas that come after the big idea. The next ideas reveal cracks in the first idea, but inevitably when one is rigorous with any idea, things emerge in the making that the mind's eye could never have predicted.

What Goes On Here?

3. Can you describe a typical day at the centre? What exactly goes on here?

Bronwyn: We have two seasons a year, each season lasting about six months. In the building of that season, there are intensive incubator workshops. Everybody involved in the making - from performers, to directors, to lighting and stage designers - are all present for the birthing of the work. We encourage artists not to come with their existing proposals, but rather to come with themselves, so that they might more instinctively respond to others with the knowledge that others will make themselves available in the same way. It is often in this way that new work is ideated.

When in the throws of the season, it is intense. There can be up to 90 people all busy here in our spaces making many different things - from virtual reality film, to augmented reality artworks to staged performances. In response to the new works, sets, costumes, props and installations are being created. The Centre holds the performative within visual arts, film, new media arts, theatre making, writing, poetry, dance, music and sound.

Each season culminates in a five day festival. Aside from the Seasons, we have monthly ‘For Once’ events. These events are one night only because we do not want to take away from or compete with the existing theatres and art spaces. We are incubating new works with the hope that they will go on to occupy existing spaces for the arts.

Unit 11 at The Centre For The Less Good Idea

4. The Centre partnered with the TMRW Gallery for the Invisible Exhibition, which was showcased during Season 5. Are you of the opinion that there is a future for live performance in Virtual Reality spaces?

Bronwyn: We are interested in new media and the combination of challenges and opportunities it presents for the arts. The Invisible Exhibition is transportable in a way that a traditional exhibition of sculpture and installation is not. If you are taking the Invisible Exhibition abroad, you’re taking a number of iPads or even transferring files, versus crating artworks. This is not to take away from the physical artworks, as they are obviously incredibly significant in the real world, but it is an added opportunity that we find exciting.

For example, what I loved was when William entered Google Tiltbrush gaming app, in which we created the augmented artworks for the Invisible Exhibition. This is an artist who has developed a notable mark over the last 40 plus years and who draws on a daily basis. When William stepped into the virtual environment of a VR headset,  armed with two remotes as drawing tools, he said, "this is fabulous, for the first time in my life the canvas doesn’t push back at me".

5. Lastly, is the centre planning any other showcases or exhibitions this year? What can we expect from the Centre for the Less Good Idea in the future?

Bronwyn: We are excited to have our seventh season unfold from Wednesday, 01 April 2020. This season is curated by Phala O. Phala in collaboration with William (Kentridge).

*Please note that due to current restrictions on large gatherings, due to the COVID-19 pandemic, The Centre For the Less Good Idea will be taking their Season 7 showcase online.

You can watch the premiere live via their Facebook page on Wednesday, 01 April 2020 at 20:00. A limited selection on shows curated for Season 7 will then be streamed live between 1 - 5 April 2020.

The Centre invites you to virtually react and interact with one another on Facebook Premier Video. Please invite your friends, family and extended communities to tune in, as well.

For more information about the Centre For The Less Good Idea, visit their Facebook page or their website. 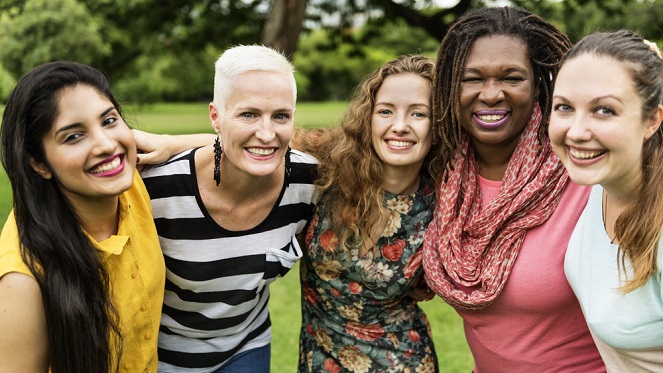