Home » South Africa: The Fastest-Growing Region For Mobile Games, But Which Titles Are Worth Playing?

South Africa: The Fastest-Growing Region For Mobile Games, But Which Titles Are Worth Playing?

South Africa: The Fastest-Growing Region For Mobile Games, But Which Titles Are Worth Playing?

Est. Reading: 3 minutes
Whether it’s while making the morning commute to work or sitting in some of the must-visit restaurants in Johannesburg, South Africans can’t seem to get enough of mobile gaming. In fact, according to mobile insights firm App Annie, the country is the fastest-growing region for mobile game downloads. 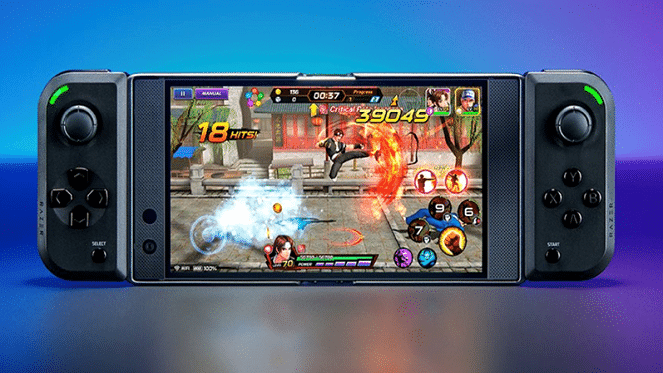 Some of Johannesburg’s residents are playing their part in smartphone gaming’s dramatic growth too. Take 39-year-old Khumo Moerane, for example. He is the developer behind Kea’s World, a free-to-play gaming app downloaded by users across the world. Moerane is also the founder of the Africa Space Programme Video Games Studio and is clearly proud to have played a part in changing the face of gaming in South Africa. On growing up in a time where the games industry was almost non-existent in the country, Khumo Moerane said: “Back then, you were like ‘man, there are no South Africans or Africans that are making games’. So, in this sense, it was almost like a far-fetched dream; something that would never happen.”

It has certainly happened for Khumo Moerane and numerous other games developers, which have managed to tap into the South African market with a number of entertaining games. The options are comprehensive, too, with slot games like Plenty O’ Fortune proving popular alongside augmented reality releases like Pokemon Go. Then there is a growing trend of console games finding their way onto smartphone devices, alongside an array of brain training and puzzle creations also.

With mobile game downloads reaching new heights in the country, which games are worth downloading? Here is a look at some of the best options available. All of the games featured are available on both Android and iOS.

Particularly popular with groups of friends at the moment, Among Us is one of the most downloaded smartphone games ever released. A multiplayer game with up to 10 players, you must work together to rumble the killer in the pack. After each round, you vote on who you think the guilty party is. Guess right, and you win.

Compared by some to Grand Theft Auto 5, Gangstar New Orleans OpenWorld is a third-person, open-world game possessing the action and adventure gamers can’t seem to get enough of. With its tense storyline, players are tasked with completing a variety of missions in an attempt to stay alive. A fun and entertaining release, Gangstar New Orleans OpenWorld is worth downloading, particularly if you are a fan of the GTA games.

The aforementioned Pokemon Go is still one of the most popular games to experience on a smartphone device. With its unique augmented reality feature, trainers can explore the great outdoors while attempting to fill up their Pokédex, battle gyms, see off fellow trainers, and evolve a range of different creatures from the game. If you’re keen to spruce up your dog walks or like the idea of gaming on the move, then Pokemon Go is a fantastic option.

An endless runner and a sandboarding video game which provides huge amounts of fun, Alto’s Odyssey is a simple but truly brilliant release to sample. As you burn down the side of mountains, players are tasked with collecting coins, leaping over canyons, performing stunts, bouncing off hot air balloons, and a whole lot more. All this mayhem takes place against a beautiful ever-changing desert backdrop, too.

A racing game well worth downloading, GRID Autosport feels like a console release. The touch controls are excellent, and the graphics are superb in what is a popular release with motoring fans. How To Ready Your Business For The New Digital Era