Est. Reading: 3 minutes
Braamfontein is Johannesburg's biggest university town apart from Melville. However, did you know that there are a number of reputable public and private high schools in the area as well? Here is a list of the top schools in the Braamfontein area. 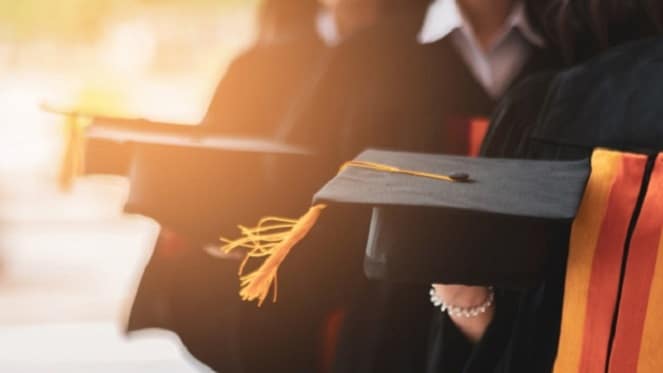 When the South African School of Mining was transferred from Kimberley to Braamfontein in 1896, it became one of Johannesburg's biggest towns. Today, it is a well sought-after school district and is home to a number of universities and colleges. Take a peek at our list of the top schools and universities in the area to find the right one for your child. Rand Girls High School is a public high school for girls situated in Braamfontein. Formerly known as Helpmekaar Meisies, the school became a multicultural, English medium high school in the late 1990s. Rand Girls High School is known for its impeccable standard of neatness and well-mannered behaviour in all its pupils. The school also upholds a high level of academic and sporting achievement.

National School of the Arts

The National of the Arts is the recognised and preferred leading school for the Arts in South Africa. The school specialises in fine art, dance, music (classical and contemporary), and drama. The school also maintains a high academic standard, with an average 99.7% matric pass rate. Many of the school's students go on to carve out successful careers in the arts. If your child has an aptitude for dance, music, art or drama, this is the school for them.

Visit the National School of the Arts. Helpmekaar Kollege is an Afrikaans private high school in Braamfontein. The school was the first Afrikaans language high school in Johannesburg. Established in 1921, it has a long history of academic, sporting and cultural excellence. Helpmekaar Kollege offers a wide variety of schools subjects, including specialist subjects in Advanced Physics, Engineering Graphic and Design, Music and Visual Art. There are also a number of after school activities and clubs for students to participate in. The school is well known for its achievements in netball and rugby. The University of the Witwatersrand.

The University of the Witwatersrand was given university status in 1922. Since then, it has become one of South Africa's top universities, at the forefront of groundbreaking research across a number of disciplines. WITS has five faculties encompassing the Sciences, Commerce, Law, Management, Engineering, Health Sciences and Humanities, with 33 schools offering over 3000 courses. The university is divided into three campuses, Main campus, WITS School of Education campus and WITS Health Sciences campus. Each campus boasts a unique atmosphere and range of student activities.

Rosebank College is a private tertiary institution, specialising in practical diplomas and higher certificates for students interested in growing their career right from the get go. As such, the campus offers career coaching sessions, graduate placements and advice on various jobs and employment opportunities in the market to all of its students. Rosebank College has three faculties, namely Commerce, Information and Communications Technology and Humanities and Social Sciences. Study with Rosebank College via distance learning, full-time or on a part-time basis.

Boston City Campus is the leading private institute of higher education for degrees, diplomas and certificates in media-related subjects, law and accounting. The Braamfontein campus is situated nearby many of the area's best student bars, restaurants and art galleries. Students can choose to study at work, home or at any one of Boston's 45 support centres nationwide. This flexible learning schedule is ideal for students who are working and studying at the same time. Boston City Campus also offers a number of student support services, including free online career assessment and a free financial independence short course for registered students.

In 2014, CityVarsity Johannesburg relocated from its Newtown campus to its current home in Braamfontein. Situated within the Braamfontein Management District, CityVarsity offers students access to a range of retail and entertainment hubs in the area, including the popular Grove Mall precinct, Joburg Theatre and the Neighbourgoods Market. CityVarsity approaches learning from a practical and creative standpoint. If you are the type of student to think beyond the box, this is the college for you. Fun And Different Extramural Activities For Your Kids