Est. Reading: 3 minutes
We caught up with the Ferreirasdorp brewery's master brewer, Eben Uys. It should be said that Eben is not the Mad Giant but the Mad Giant is Eben. Here's the conversation. 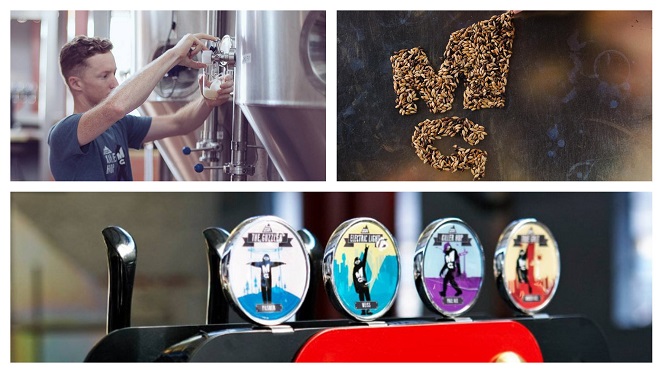 You studied chemical engineering. What led to that?

While in high school I did some vac work in a cheese factory. The process intrigued me. I love tinkering and wanted to study something really difficult in the hopes that it would result in a good salary! What's the most important lesson you've learnt from your years of brewing good beer?

You will never know everything about beer.

Looking at all the Mad Giant creations in the past, which one are you the proudest of?

Killer Hop is such a beautiful beer and took a long time to refine to what it is today. We heard there was a bit of a collaboration going on between Mad Giant and another famous brewery in the Western Cape. Can you tell us a bit about that?

Yes, we've just launched a collab beer. I 'met' Rory Lancellas of Aegir Project via a phone call about a year and a half ago, after which I decided to visit him. I liked the way he goes about brewing and talking beer. At the end of last year, some tweets went around asking when Mad Giant and Aegir Project would do a collab brew. That was enough reason for us to start planning it. It is a big beer, 7% abv, beautiful crisp bitterness and loads of hop flavour and aroma. We will have some on keg at our next bottomless beer event at the brewery — the collab edition. For more info on where to get some, have a look at our Facebook page.

What goes into putting a beer recipe together?

​It starts with the style of beer you have in mind. Then some research on who is making the best representation of that style. I generally want something to be the signature of the beer; it could be malt or hop forward. For big, hoppy beers I would do some experimentation to determine which hops work the best. Lastly, a lot of it is instinct, some guessing and when we brew the first batch, it's holding thumbs and hugging tanks. Once fermentation is completed there's not much you can do.  ​

Mad Giant is in partnership with international-award-winning restaurant Urbanologi. What's a great food and beer pairing that people should order when they visit your space?

The menu makes suggestions for beer pairings, so anyone can explore Urbanologi's fantastic little plates of food with our beers. This is part of the Mad Science with Urbanologi that we have once a month. Every month there's a new theme — we've had bakers, farmers, brewers, etc. In your opinion, what's the difference between craft and commercial beer?  And why should people be drinking craft instead?

​A craft brewery is owned by individuals who are involved in the brewery on a daily basis. Generally, craft beers have more flavour than commercial beers which are brewed for mass consumption and profits only. The best place to start your venture into craft beer is by visiting a craft brewery and tasting the beers. Once you've had great craft beer, it's hard to go back to commercial.

Mad Giant's slogan is 'Dare to conquer'. Besides creating a solid line of craft beers, what has Mad Giant conquered and what other challenges are there?

​Starting was the hardest part. There were so many things I never thought of when I decided to take on this challenge. Today we are fairly well-distributed in Gauteng in most independent bottle stores and a few restaurants. Our next challenge is to get more people to enjoy our beer and reduce the use of plastic. What's the best hangover cure in your experience?

Drink water between drinks, and take a Panado with a glass of water before you go to bed after a night out.

Finally, why should Joburgers be drinking Mad Giant?

It's fine beer brewed for people who enjoy life more than we should.