Home » There Lives Many Tales At The POPArt Theatre In Maboneng

There Lives Many Tales At The POPArt Theatre In Maboneng

There Lives Many Tales At The POPArt Theatre In Maboneng

Est. Reading: 2 minutes
Go on a roller coaster of emotions with the tales that live to be told at POPArt Theatre at the Maboneng Precinct. It's a world of storytelling. 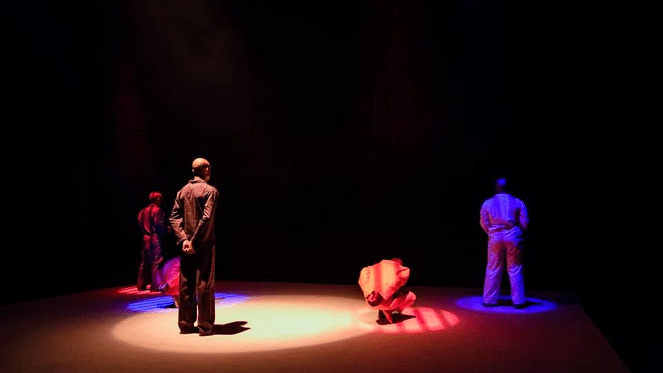 Once upon a time in the vibrant and artistic Maboneng Precinct, lived a world of performance. The POPArt Theatre is the pride and joy of performing arts in the city.

POPArt stands for People Of Performing Art. The name says it all. POPArt Theatre came to life in 2011 and performing arts in the city was given renewed life. Now, performance art in South Africa is growing and becoming a force to reckoned with.

This independent theatre is a great platform for showcasing the talent and creativity that Mzansi has to offer. POPArt Theatre is home to those who want to be seen, heard and moved by the showcases and storytelling.

POPArt Theatre produces a diversity of showcases, from comedy and poetry to stage readings and storytelling. This award winning theatre is definitely a must-visit in Joburg.

The theatre is comfortably situated in one of the most artistic areas of Joburg, The Maboneng Precinct. When The Curtains Open

The POPArt Theatre is playing a massive role in showcasing Mzansi's amazing talent.

With their focus on live content production and workshops, the theatre is proving that independent theaters are a force to be reckoned with.

Productions that POPArt has worked on include Error SA Comedy, Not I, In Bocca, Al Lupo and The Real Dirt, among many others.

Every Sunday evening, the stage is taken over by gags and rib crackers with the Goliath & Goliath team bringing you the funniest lineup to get you laughing off your seat. The POPArt Theatre also hires out their space for corporate events, team buildings, castings and other events.

South Africa is rich in talent, so why not support independent theatres and young artists telling untold stories?