Durban surf punks to launch their own micro brew in Johanneburg. 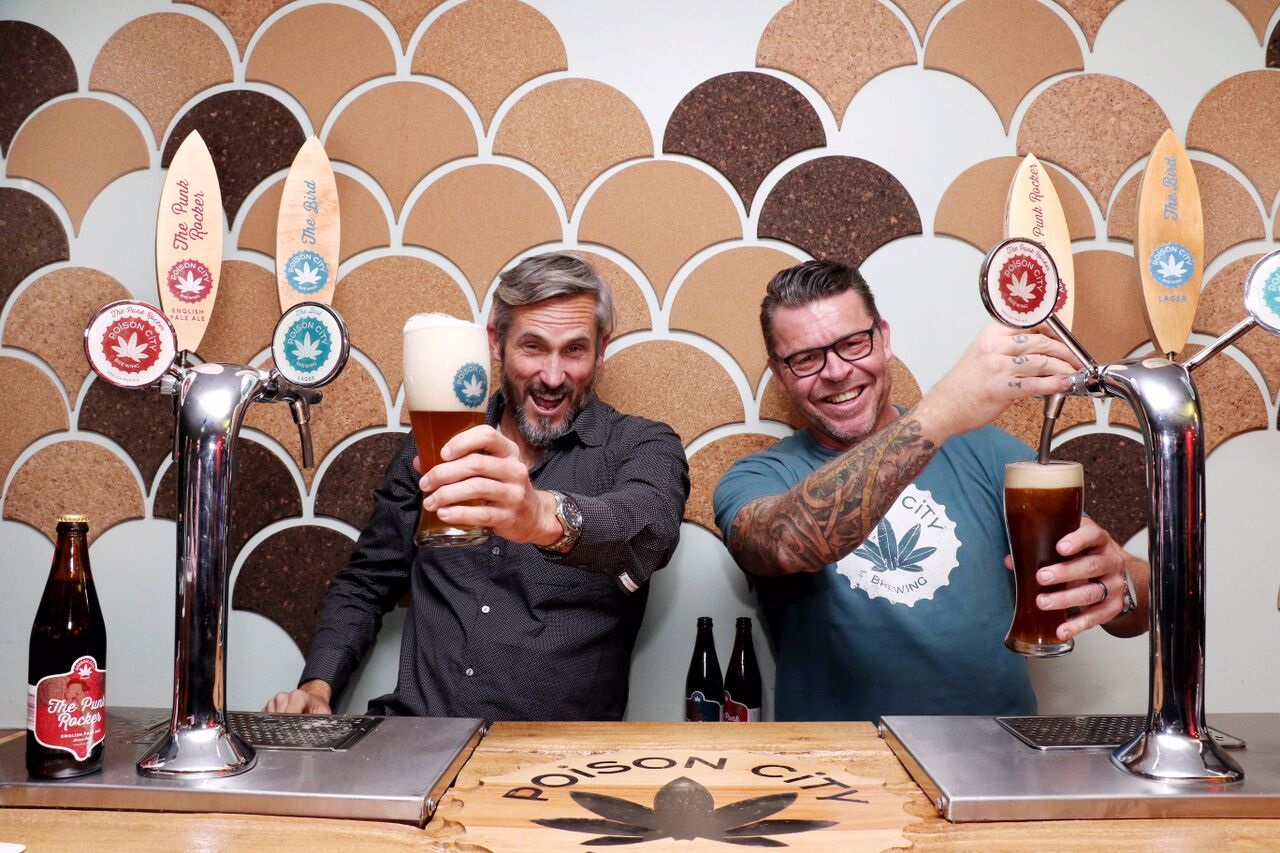 Bad ass craft brewing company Poison City is on its way to Jozi and will arrive in the beginning of September 2016. The Durban based brewery was found by two friends, Greame and Andre who grew up with surfboards under their arms and punk rock blaring through the stereo. The energy and freedom found in riding waves and listen to fast music has been channelled into the suds they create. What started out as a hobby soon evolved into something beyond business and beyond passion – a lifestyle.

The Johannesburg launch party took place at the Banister Hotel. Greame and Andre brought Durban street artist Shaun Oakley, AKA Damn Vandal along to tag up Braamfontein. After the tasting of Poison City’s beer guests were lead into the Banister’s basement where another Durbanite was waiting. Comedian John Vlismas tossed a couple of insults around, made people laugh and called it a night.

Have you tried Poison City’s brew? Let us know what you think in the comments below.

What Was It? Enjoy a fun-filled afternoon sipping on indoor craft beer and enjoying some mouthwatering foods including, organic free range......