Our city is shrouded in history. We went exploring and found the oldest buildings in town. Join as as we explore the halls of ages past and present. 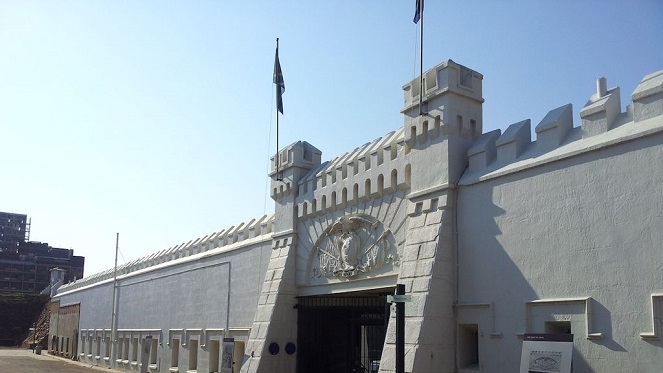 The oldest stone structure in Johannesburg is west of the city, in Randpark Ridge. Hy Many House was originally built as part of the farm Boskop, which was later subdivided to form most of the “northern” suburbs of the West Rand. The house was perfectly restored to emulate its former glory.

The Old Fort complex was originally built around the prison to protect South Africans from the British. Irony has it that both The Fort and the prison were used by the British to incarcerate South African prisoners of war. Some famous prisoners to have been incarcerated here include Mahatma Gandhi, Nelson Mandela and Jo Slovo… just to name a few. It has, of course, been transformed into Constitution Hill and celebrates the lives of political prisoners of the apartheid era.

Sir Thomas Cullinan was the man who discovered the largest diamond in the world – the Great Star of Africa – and his mansion, also known as The View, is one of the oldest residential buildings in Parktown. It was designed by Charles Abburow, who was appointed the city’s engineer. The View is now the Headquarters of the Transvaal Scottish Regiment.

Dutch architect Sytze Wierda played a massive role in shaping both Pretoria and Johannesburg as the appointed designer and engineer under president Paul Kruger. His most notable work is the Rissik Street Post Office. The building as it is today is not the original since most of it burned down during a massive fire in 2009. Reconstruction was started in 2016 at an estimated R147 million.

Though the iconic Rand Club was founded in 1887, the present structure was built and handed over to the fraternity in 1904. An interesting fact about this building on the corner of Loveday Street and Fox Street,is that the steel foundation was built in the UK, shipped to Joburg and assembled where it stands now. The Rand Club used to be a gentlemen’s only club but this has since been changed and it is open to the general public (Yay for 21st century thinking, right?)

One thought on “The Oldest Buildings In Johannesburg”

What Is It? The Flair Baby & Toddler Market is a fun-filled event perfect for expectant parents, children, friends and......