Home » New Movies Showing At A Cinema Near You This March

Est. Reading: 3 minutes
Whether you're looking for some thrilling action to get your heart racing, an exciting animation perfect for the entire family or something fun to get your laughing yourself silly, check out March 2021's latest movie releases at a cinema near you. 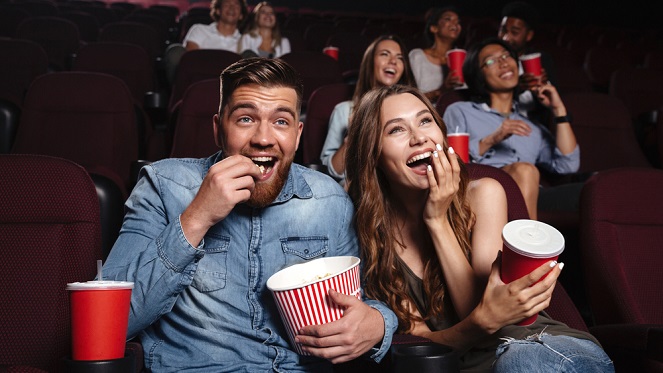 If you're an Eddie Murphy fan, you'll be glad to hear he is back on the big screen with hilarious sequel to his 1988 comedy film, Coming To America. Coming 2 America is about a newly-crowned African King, Akeem, who learns he has a long-lost son living in the United States. King Akeem must return to America to find and meet this unexpected heir and build a relationship with his son.

Comedic cat and mouse cartoon duo, Tom & Jerry are making an appearance on the big screen with a live-action/computer-animated adaption of the beloved classic Hanna-Barbera cartoon series. This movie will take viewers on trick down memory with an all-new adventure. This is the perfect movie if you're looking to watching something with the kids and to enjoy taking a nostalgic journey down Memory Lane.

For a comedy-drama that'll have you laughing but also wrapped up in all the drama, you don't want to miss Breaking News In Yuba County. After her husband mysteriously goes missing, Sue Buttons (Allison Janney), an unappreciated suburban wife, gets a taste of being a local celebrity as she embarks on a city-wide search in Yuba County to find him.

If a sci-fi  adventure movie is what you're after, then why not grab your ticket to see Chaos Walking? The movie is about a dystopian world where there are absolutely no women and all living creatures can hear each others' thoughts in a stream of images, words, and sounds called noise. A mysterious woman, Viola, crash lands on this planet and Todd discovers her. Todd's vows to protect her, to ensure that nothing happens to her in Prentisstown.

Starring Annabelle Wallis, Mel Gibson, Frank Grillo, Boss Level is a must see if you're craving a little bit of action alongside some comedy! A retired military operative, Roy Pulver, is stuck in a never-ending time loop that constantly repeats the day of his murder. The movie follows Pulver as he uncovers clues about a secret government project that could unlock the mystery behind his untimely death, break the loop, save his family, and allow him to live once again for tomorrow.

With an all-star cast including Jodie Foster, Shailene Woodley, Benedict Cumberbatch, and Tahar Rahim, The Mauritanian is a legal drama that'll have you sitting right on the edge of your seat. A defense attorney, her associate and a military prosecutor uncover a far-reaching conspiracy while investigating the case of a suspected 9/11 terrorist imprisoned at Guantanamo Bay, Cuba, for six years.

Inspired by true events, Persian Lessons is a story about Gilles, a young Belgian man, who is arrested by the SS alongside other Jews and sent to a concentration camp in Germany. He narrowly avoids execution by swearing to the guards that he is not Jewish, but Persian. Gilles finds himself having to invent a language he doesn't know, word by word, to save hi s life.

Raya and The Last Dragon

Looking for something to enjoy with the kids? then be sure not to miss out on the brand-new animation adventure by the creators of Frozen, Raya and The Last Dragon. Many moons ago, in the fantasy world of Kumandra, humans and dragons coexisted in harmony. However, when sinister monsters known as the Druun threatened the land, the dragons sacrificed themselves to save humanity. 500 years later, those same monsters have returned, and it's up to lone warrior, Raya, to find the last dragon and stop the Druun forever.

Starring Olivia Coleman and Anthony Hopkins, this movie is one where you'll need to take a full box of tissues along with you. Get ready to cry your eyes and heart out with this one! The Father is a story about an ageing man who refuses all assistance from his daughter as he grows older. As he tries to make sense of his changing circumstances and way of living, he begins to doubt his loved ones, his own mind and even his reality.

Are you a fan of those massive monster movies, where a beast destroys the city? Think those movies that feature the mighty Kong and the fearsome Godzilla. Well, now the cinematic Monsterverse has pitted these two great motion picture monster icons against each other in the action-packed Godzilla VS Kong. This is an epic battle that you most definitely will not want to miss. Who will come out on top? New Movies To Catch This February