Calling all Joburg theatre lovers! While you may not be able to head out to your favourite theatre in the city for some time, there is a ray of hope on the horizon. Throughout the month of June, the National Theatre in London will be streaming their most popular live productions for you to enjoy at home. 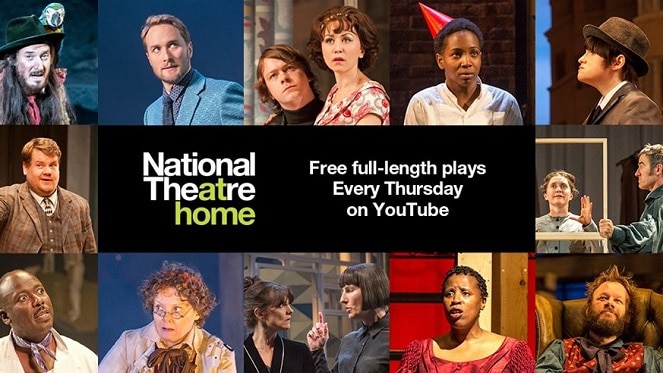 However, like many arts organisations faced with closures due to COVID-19 regulations, the National Theatre has debuted a new sharing platform to keep their audiences connected and entertained during this difficult period. Cue National Theatre at Home! Each Thursday evening in June, the National Theatre will be uploading one of their most popular live screenings to their YouTube channel. Here you can watch full length plays, free of charge. Each play will remain open for viewing for seven days, until the following Thursday’s premiere.

The National Theatre will present two of its best loved live screenings over the coming weeks: a Shakespearean masterpiece. about political revenge and a multi-award-winning drama produced by Nottingham Playhouse. Here is the official lineup for the National Theatre at Home streaming series:

The National Theatre at Home series amps up the drama with another Shakespearean masterpiece. A war epic unlike any other, this adaptation of Coriolanus stars Tom Hiddleston as the army general alongside Mark Gatiss, Hadley Fraser, Alfred Enoch and Deborah Findlay.

The Madness of George III

Written by one of Britain’s best-loved playwrights Alan Bennett, The Madness of George III is a multi-award-winning play. Adapted into a BAFTA award-winning film following its premiere on stage in 1991, this is an absolute must-see.

It’s 1786 and King George III is the most powerful man in the world. But his behaviour is becoming increasingly erratic as he succumbs to fits of lunacy. With the King’s mind unravelling at a dramatic pace, ambitious politicians and the scheming Prince of Wales threaten to undermine the power of the Crown, and expose the fine line between a King and a man.

Visit the National Theatre’s website for more information about their live streaming series. Don’t forget to subscribe to their YouTube channel to get the latest updates on show times.

The Centre for the Less Good Idea Presents Season 7 Live

What Is It? Due to the outbreak of COVID-19 in South Africa and the subsequent ban on events hosting over......