Ballet and comedy are two things you don’t usually see together! This show combines these into an entertaining spectacle for all. Les Ballets Eloelle’s latest international production, Men In Tutus, is an absolute must! But hurry, tickets are selling fast, as they will be performing for FOUR NIGHTS ONLY! 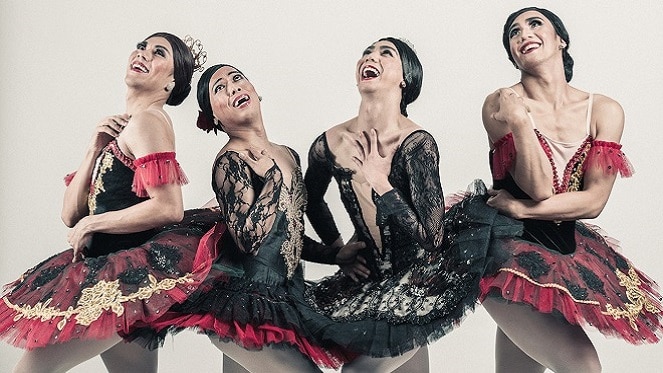 Technical brilliance, tongue-in-cheek humour and a passion for classical and contemporary ballet, Men In Tutus will soon be taking centre stage at The Teatro at Montecasino, for four shows ONLY!

Humour in the world of classical ballet is difficult to find, and this is one reason for the enduring popularity of this fabulous troupe of male ballerinas. Direct from New York, Les Ballets Eloelle’s latest international production, Men In Tutus, is the most spectacular, talented and hilarious all-male comedy ballet ever!

The international company has brought together dancers from all over the world – Argentina, Colombia, Mexico, United States, United Kingdom, Australia, Spain, Japan and The Philippines – especially for this unmissable tour.

The comedy aspect of “Men In Tutus” – clever, affectionate parody of the ballet canon, both classical and contemporary via the dancers’ hilarious female personae – never undermines either the challenges of performing the complex choreography or the exceptional results, which make the show so thrilling to watch.

For this tour, the performances will consist of five works.

They’ll begin with Pas de Quatre, which is an old romantic era ballet that was created to bring four great ballerinas of the time together. It was a huge headache for the producer of this idea as the grand dames were not all that willing to acquiesce to the idea that the others were in the same league as themselves. This ballet is really a lot of what you might think ballet is, egos are on full display.

The show will continue with a Pas de Deux, most likely Le Corsaire Pas de Duex. These pieces display the technical abilities of the dancers. Of course, in this version, the dancing and comedy will go hand in hand. 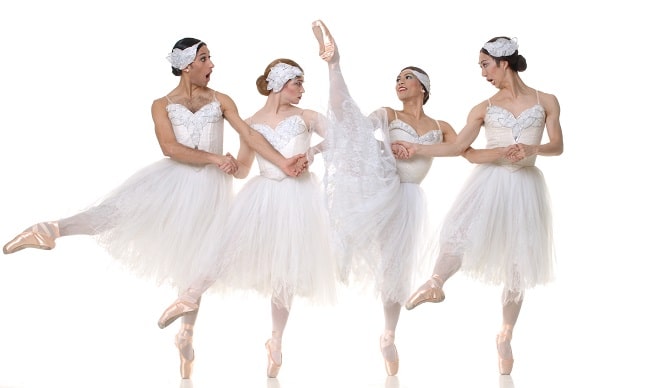 The third piece of the evening is called Go for Barocco and is a parody of George Balanchine’s choreography. Balanchine believed that ballet was about women and used simple costumes to focus on the beautiful bodies of dancers. Les Ballets Eloelle will offer some eye-catching bodies for their audiences to gaze upon and will lovingly recreate his style.

The first act ends with the most famous solo in dance, The Dying Swan. Les Ballets Eloelle have spent a lot of time recreating a faithful rendition of the famous fowl’s final flight. Bring your tissues, it’s a tearjerker!

The performance ends with the full second act of Swan Lake. This ballet is one that almost everyone has heard of. It follows the courtship of a young prince and a lovely swan. This type of relationship was probably more popular in the past before internet dating sites appeared.

And once the show has ended, don’t miss the opportunity to meet Les Ballets Eloelle and even take photos with them. 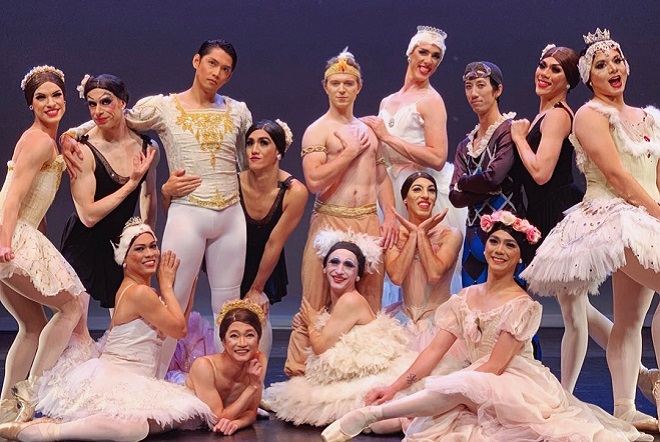 Meet The Men In Tutus

The audiences will meet (among others):

On her third divorce and the toast of Paris, St Petersburg, Tokyo and Long Island, Nina reigned supreme on the stages of the world’s greatest theatres until her forced retirement by jealous detractors and a public with taste. She now occupies the turbaned, sitting roles made famous by ballerinas of a certain age.

Young of spirit and fresh like fish, Tamara radiates a sense of naivete with her “who, me?” countenance and her “why her?” competitiveness. Detractors have criticised her for still being “green”, but Tamara wants it on record that the condition was long ago cleared up with antibiotics supplied by her Aunt Violet.

The former first lady of Philippine dance, Imelda left her homeland under dubious circumstances, but was granted artistic asylum by Les Ballets Eloelle and brings with her a wealth of experience and 4 532 pairs of designer pointe shoes. 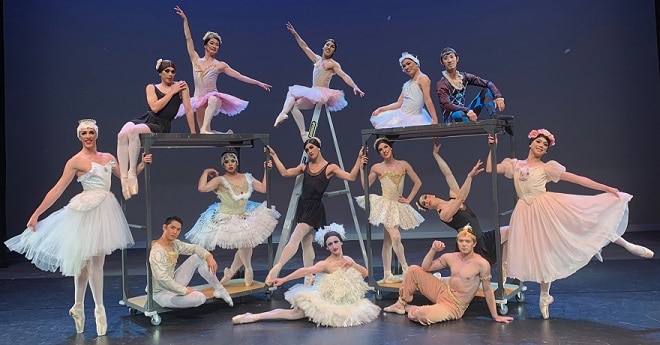 Tickets cost between R200 – R400 per person and can be purchased at Computicket.

For more information about this spectacular show, visit Montecasino’s website at www.tsogosun.com. 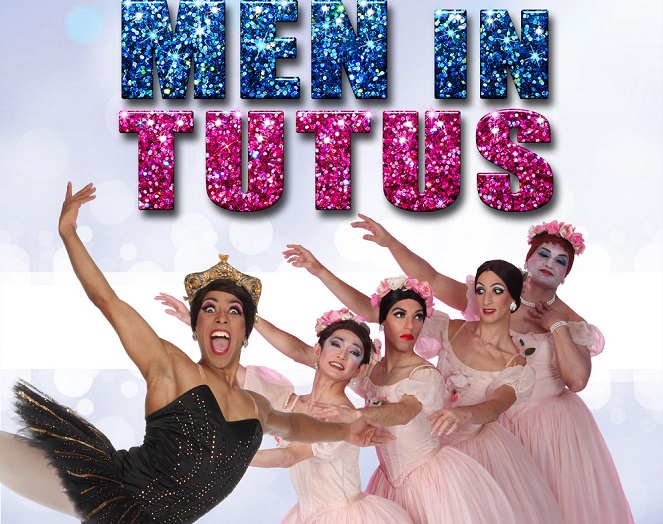 What Is It? Montecasino is the place to be this festive season. They'll be having music on the Piazza everyday......