Naledi Sibisi is a former UCT student who is shaking things up in the beauty industry. She’s popularly known for her writing, but we got chat to her about her very first lipstick range and being a young entrepreneur. Here’s what she had to say. 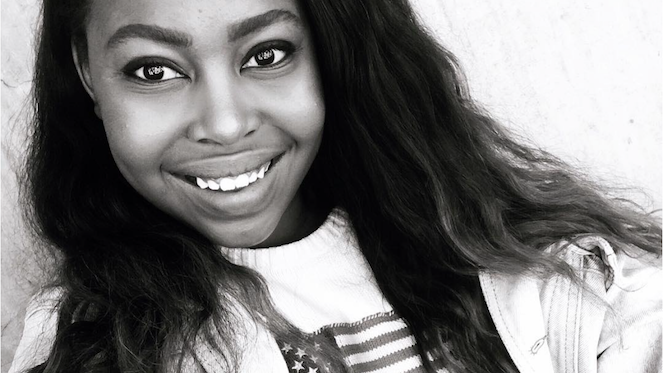 When did the initial idea to launch your own lipstick range happen?

The initial idea to launch my own lipstick range came about three months ago. My close friend and business partner, Salia Labo mentioned it casually and we left it at that – just a thought. As the weeks went on I started to grow frustrated with a number of things linked to being in the corporate world and felt as though I was being boxed in. That’s when I become the most motivated or rebellious… I cannot stand being put in a box and I felt like the space I was in wasn’t designed for me to be great. So one day, I was sitting at my desk at work and started thinking of what I would call my business. I came up with Estella Cosmetics and literally in a space of 20 minutes, I designed a promotional poster which stated that my lip line would be coming soon and in that leap of faith, we started to put the physical work into making it happen. Salia is the brain behind the whole thing – she’s incredible.

How does it feel to have already sold out your first batch of lipsticks?

It’s so surreal. Sometimes it sinks in and then it doesn’t. I’m still wrapping my head around how quickly everything happened. I think it will take me a while. The support is really mind blowing to me.

What were/are some of the challenges you face as a young entrepreneur?

It’s exactly what everyone says about entrepreneurship. It’s about risking everything. There are no guarantees so the biggest challenge, especially when you’re working with your own capital is not knowing for sure where your next meal is going to come from. People assume that when business is going well, you’ve made it financially but that’s not the case. When you’re starting up, every single cent that comes in goes back into the business, so you don’t reap the rewards for however long and you have to convince yourself that it will be worth it in the end.

Would you change anything about how you have gone about the launch?

Oh for sure. So many things didn’t go according to plan. There were some technical issues that were out of our control like the packaging of some of our stock being damaged, which in turn meant we couldn’t release some of the shades we planned to. There’s always light at the end of the tunnel though; despite what didn’t work out, the support remained which then opened up the door for more ideas. We are thinking of some exciting things to do now – almost like a second launch. 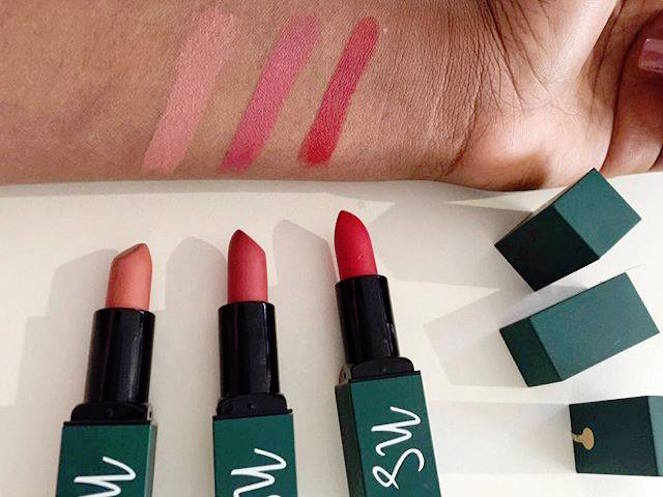 Are the colours currently available your favourites? Can we expect more variations soon?

They are definitely my kind of party. I’m a fan of neutral colors and reds. I’m also a fan of dark and unusual colors (like this smokey purple I discovered) so that’s what I have in mind when I’m picking the upcoming variations.

Who has been your biggest style and overall inspiration throughout this journey?

My biggest style inspiration would definitely be Rihanna and it’s funny because people have compared my style to her’s in the sense that you’ll catch me wearing the weirdest things but they happen to work for me. I can go from being glam to tomboy to vintage like it’s nothing. I just think to myself, life is short – wear whatever you want. And wear blue lipstick (laughs). My overall inspiration has always been Kanye West. He is a creative genius and I’ve always found comfort in the fact that he has made it okay to be misunderstood in the pursuit of your craft and trying to change people’s worlds. I know that I was born to be creative. My purpose is to create. I don’t care what people think of me – just let me create and make a difference.

Are you currently pursuing other passions or careers prospects?

I’m always plotting my next move while on my current move. I’m so secretive too, I just plot in silence. My family and friends find out things (like I’m launching my own lipstick line) at the exact same time as everyone else. I put it on social media and my dad literally didn’t know (laughs). I just know in the end, the name Naledi Sibisi will mean something for the culture. I’m confident.

How big do you see your brand growing?

I picture an empire. I can see it. I’m waiting on the universe to respond.

What words of inspiration do you have for other young entrepreneurs out there?

My latest mantra is – don’t be scared to dream. People take pride in closing doors and telling you ‘no’ because they are afraid of their own limitations. What someone can or can’t do is none of your business. Just focus on yourself and what you want to achieve and believe in it wholeheartedly. Every time somebody makes you feel small – that’s your moment to shine. I’ve never admitted this, but the last person I was serious romantically with was the catapult for all my achievements this year. In the end, he made me feel so small and insignificant that it became a driving force to prove that theory wrong. In the exact same sense, I advise people to respond to trying times by being greater than the lowest you’ve ever felt.