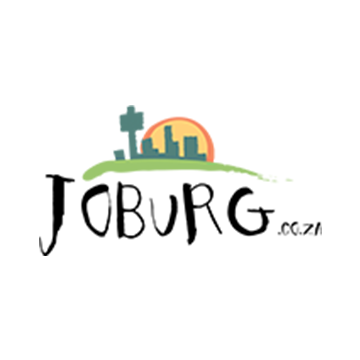 Okay, there are not many times that I am wrong, but my preconceived ideas of MAMMA MIA! – The Musical were completely off the mark. I had heard rave reviews, I KNEW it was a good show, but I wasn’t that sure that it was a good show for ME…

You see, if truth be told, I suffer from PTPD (Post Traumatic Pierce Disorder) since seeing the incredibly awkward movie scene where Pierce Brosnan sings a duet with Meryl Streep. I just THINK about it, and my right eye starts twitching nervously and I want to rinse my brain out with bleach. I HATED the movie and couldn’t understand why people loved it.

And then I was invited to the opening night of the musical at the Teatro at Montecasino. It was all too awful for words – I love the theatre but can’t ignore the fact that I suffer from PTPD. I adore musicals but can’t bear the thought of re-living the nightmare of movie stars singing ABBA songs while running up and down a mountain. What on earth was I going to do?

Then fate stepped in and gave me bronchitis. I have never been so happy in my life. I phoned a member of our Joburg.co.za Review Panel and barkingly told her that she could take her husband with her to the opening night, before swallowing half a bottle of Vicks MediNite and singing myself to sleep.

But my reprieve was short-lived. News back from the opening night was that it was better than the UK version, people were dancing in their seats by the end of the show, the critics were raving, and my review team LOVED it. What on earth was I going to do?

And so, I left Stephen to babysit, dragged along my younger (thinner and more attractive) sister and her ever-patient husband Shawn, pacified Shawn when we got to our seats and he began bleating about the fact that he thought it was “Mamma Beer” and not “Mamma Mia” and what they hell was he doing in a THEATRE when he thought he was going to a beer-tasting, and tried not to panic at the thought of an ABBA-filled evening.

And then it began. And ten minutes into the show, when the cast sang “Money, Money, Money” – I knew I was hooked. What an unbelievably slick, polished, energetic, funny and just plain SUPERB production. I have never seen such all-South African talent on stage before, and I was blown away by the world-class performance. No wonder they have extended the show – the lady next to me was seeing it for the third time!

For me, Kate Normington stole the show. She reminded me so much of Joanna Lumley with her over-the-top acting and sense of comedic timing. All the men fell in love with her, and all the women wanted to be her! I also just LOVED Anrich Herbst (and actually have a HUGE crush on him, despite the fact that he played the role that Pierce Brosnan played in the movie!) because he commanded the entire stage without moving an inch. Some would call it talent, others would call it the X Factor – he is just superb.

And kudos to Carmen Pretorius who played the lead role of Sophie. This girl is going places and I would not be at all surprised if she wins an award for her role. She has the most spectacular voice, and the audience just loved her.

You don’t often hear me raving about theatre, because I often feel that we don’t match up to international standards. Well, MAMMA MIA! has done us proud. I would have been quite happy if the entire show had begun all over again!

(Oh, and Shawn loved it, despite there being no beer involved!)

To enter, send an email with all your contact details to competitions@velocitymedia.co.za before Monday, 29th November 2010. Please ensure that your entry has a subject line of “Mamma Mia Hamper”. Entries without a subject line will not be considered. Please read the full list of competition rules.

‘Tis The Season For Christmas Markets