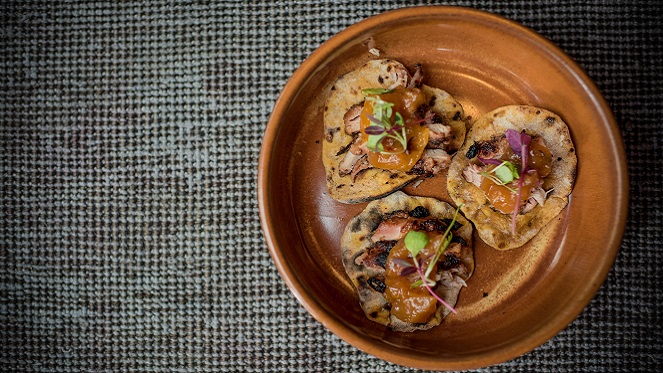 The dudes behind the rock ‘n roll kitchens of  La Santa Muerte (one of our top five taco spots) and Hell’s Kitchen have ventured forth and opened a third eatery – The Lonely Hearts Club.  Malcolm Hozack and Jono Kirby took over the sad space left by Melville stalwart eatery,  La Luna on 7th Street. “It’s is an upmarket version of Hell’s Kitchen for people that believe in the ethos of Hell’s Kitchen and La Santa Muerte but want something different. It will be more sophisticated, not as crowded and with an emphasis on the food. It’s a restaurant first, and a bar second,” says Kirby. With an eclectic mix of décor and a music policy of nothing post-1980; The Lonely Hearts Club achieves an ambience almost as hot and happening as its menu… but more about that later. 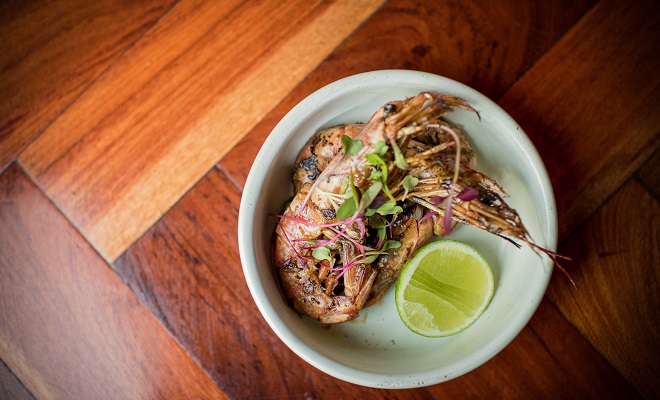 When the team opened Hell’s Kitchen in late 2014, they quickly realized that Melville is the place to be. Since then, Hell’s Kitchen and La Santa Muerte have experienced incredible support from the people that live in and visit Melville. Their thinking is, if the business does well, the area does well. So far, this ideology has paid off. “We love Melville and feel it has a European sense, in terms of the street culture,” explains Kirby. “It’s away from the big shopping malls and provides the residents and visitors to the area with the freedom to be creative. Our team always look at new venues in terms of the space and its potential, the cost and what can be done with it – this venue has a great location and layout and has provided a great canvas to create something different.” 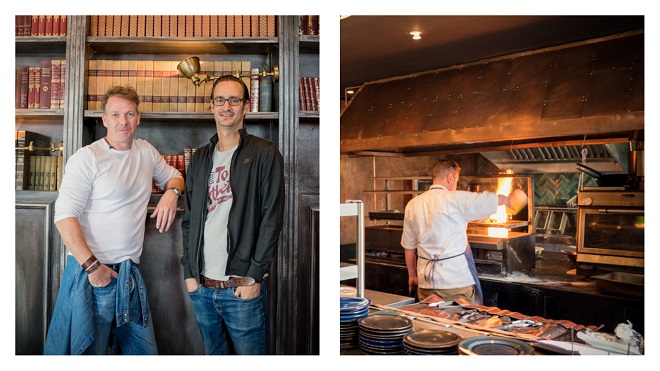 Let’s (happily) fall face-f first into the food, shall we? With most dishes made for sharing and boasts rich smokey flavours, which is a top food trend to watch out for in 2018 (Shawn called it!). The menu, which is still in the final stages of development at the time of writing, lays its claim on tapas and sharing. Chefs, Rayno Adlam and Duncan Sheedy, have created a simple and flavourful menu that features dishes cooked in the  restaurant’s imported Spanish coal oven (which gives the food that smokey note). In fact, charcoal ovens are all the buzz in Europe right now (just look at the amount of bistros popping up in London). The tapas will be priced affordable enough to enable customers to have a couple of plates as a meal, and not just a starter. Dishes include grilled artichoke hearts, fire-roasted prawns with garlic, chilli, basil and coconut; crispy squid heads with burnt lime and brandy butter sauce; and albondigas – lamb meatballs with spicy tomato ragout. The restaurant also encourages sharing where diners order a couple of plates for the table. The menu also features a range of traditional main dishes. For single diners, there is the option of dining at the bar. Solo patrons are encouraged to come into The Lonely Hearts Club, sit at the bar and order a quick tapas dinner with a glass of wine, cold beer, or a shot of their favourite whiskey… It’s restaurants like this that make me wish we had the Michelin Red book in SA. If it were up to me the Lonely Hearts Club would get a solid two Michelin Stars… that means it’s worth a detour on your way to wherever. 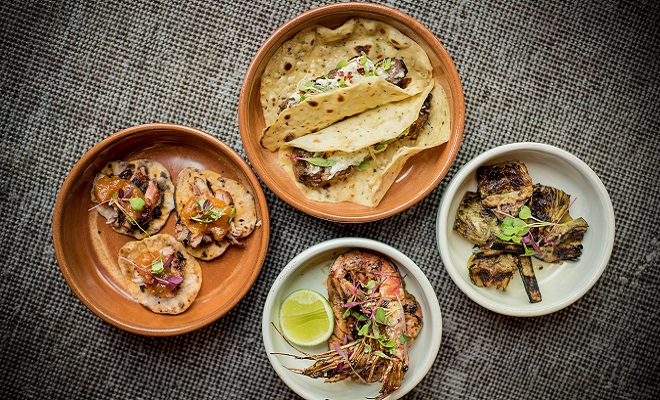 At the top of the interior design and layout game, Martin Hozack took it upon himsef to mold this space into a thing of beauty. The main restaurant seats up to 60 and is a moody mix of parquet wood floor, dark green marble, heavy-wood panels, exposed brickwork, high-gloss black ceilings and original wooden window frames. The outside courtyard has been given a facelift with a 3.5m olive tree, outdoor seating for 24, custom- made metal gates and graffiti by Rob D (who can often be spotted at Hell’s Kitchen with paint splatters on his clothes). The bar, a separate out-building, is kitted with couches and red theatre curtains, among other interesting and unique pieces. 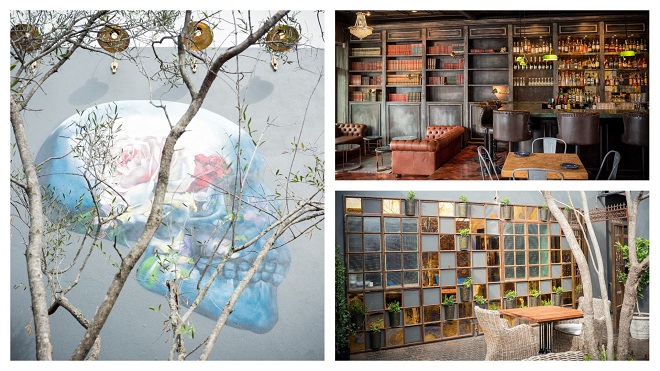 The music policy at The Lonely Hearts Club will be: nothing from post-1980. It will be a mix of blues, jazz, soul and swing. In future, there could also be live music performances from local artists who are doing different things musically and can add to the atmosphere of stepping into something different.

What Is It? Enjoy the last of the warm summer evenings with a lovely movie night out under the stars......