For the best Portuguese food this side of the equator, head south to Restaurante Parreirinha. We’ve been there a couple of times, and we just can’t get enough! 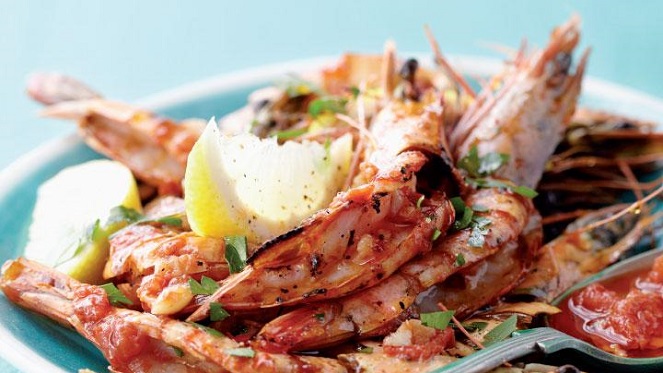 Portuguese cuisine has always been popular in Joburg, and Restaurante Parreirinha rates right up there with the best. This authentic Portuguese restaurant located in La Rochelle, the South of Joburg, opened its doors in 1975. The restaurant was started by two brothers-in-law who shared a passion for food, housed in a building that used to be a police station in the 1950s. Look out for the prison cells and bars if you pay them a visit.

Restaurante Parreirinha won a TripAdvisor Certificate of Excellence award in 2015. Dishes such as the Steak a Parreirinha (beautiful rump dressed in ham and asparagus and basted in a secret mustard sauce) and the grilled pork slices (sliced pork fillet topped with a fried egg, and garlic sauce) are the reason why it’s always packed to the brim. Of course, as an authentic Portuguese eatery, there are prawns aplenty and tender grilled chicken to die for.

Anyone up for dessert?

Let’s move on to dessert, shall we?We have to mention the Barril de Natas, a barrel-shaped, traditional Portuguese custard-filled pastry. You simply just have to try it. It’s so good that it would be our choice for breakfast every day for a year!

Keep an eye on Restaurante Parreirinha’s website because they always have specials. However, every now and then they do add new editions to their menu.

Have you been to Restaurante Parreirinha? What did you think of it? Let us know in the comments section below. Share this on social media and the writer will love you forever.

6 thoughts on “Restaurante Parreirinha – Portuguese Cuisine At Its Best”

Cafes To Cycle To