‘The Lion and the Lamb’ is based on one of the greatest stories ever told.  Last produced by the Market Theatre in 2009 the play received much critical acclaim. Come and see Dr John Kani reprise his role as the enigmatic storyteller this holiday season. 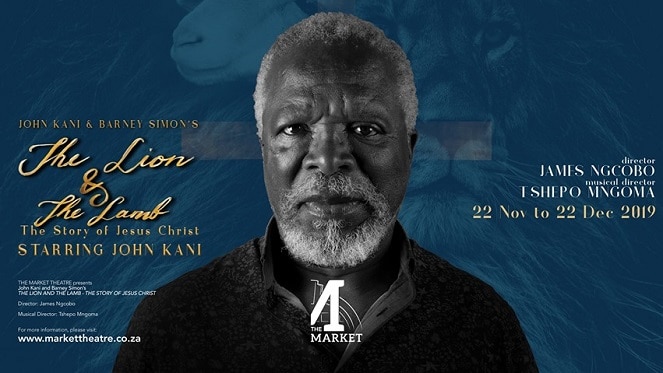 The Lion and the Lamb tells the story of Jesus the child, Jesus the man and Jesus the Son of God. However, this is the Christ myth told with startling difference. Featuring popular South African gospel music as the backtrack for Kani’s electrifying performance. This allegorical stage masterpiece resonates with audiences of all denominations, cultures and religions. Above all it is about the relationship we as a nation have with the figure of Christ.

What Is It? There’s no better way of getting into the festive spirit than planning how you’re going to celebrate......