The renowned Johannesburg Philharmonic Orchestra presents the World Symphony Series Spring 2019 at the Linder Auditorium from Wednesday, 23 October 2019 – Friday, 15 November 2019. Featuring both local and international virtuosos, this is a must-see for classical music lovers. Don’t miss it! 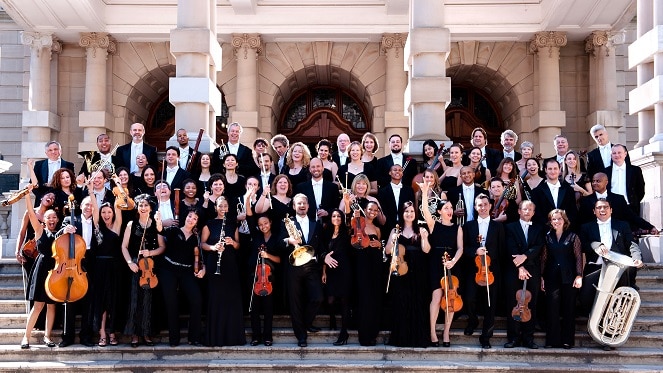 Classical music lovers, the Johannesburg Philharmonic Orchestra have a real treat in store for you. This spring, they will be performing a series of concerts at the Linder Auditorium in Parktown. The World Symphony Series Spring Season 2019 features a number of talented musicians, both from South Africa and abroad.

The 2019 season is presented as part of the famed World Symphony Series, which was launched in Durban 23 years ago and introduced to JPO audiences in 2017. This season will span over a month of concerts. Each week, one of four programmes will be performed.

The first programme of the Spring Season Series features Wolfram Christ, long-time first Principal Viola with the Berlin Philharmonic, Principal Viola of the Lucerne Festival Orchestra and Professor at Hochschule für Musik Freiburg, who has become highly regarded as a conductor epitomising sincerity and musical integrity. Performances will be lead by the talented soloists, Linda Nteleza (soprano) and Njabulo Mthimkhulu (baritone), along with music by the Joburg and KZN Philharmonic Orchestras.

Concert 2 of the programme is a must-see for piano enthusiasts. Join Conductor Daniel Boico and piano soloist, Dmitry Shishkin, who’ll take you through a beautiful programme that’ll certainly delight your ears. Described by critics as “Dynamic, vigorous, exciting and imaginative – an undisputed star who combines magnetic charisma with a skilled technique,” conductor Daniel Boico is Music Director and Chief Conductor Designate of the MAV Budapest Symphony Orchestra, beginning with the 2019-2020 season, as well as Associate Guest Conductor of the KZN Philharmonic Orchestra, Durban, South Africa.

From a very young age, Dmitry Shishkin won many prizes at competitions, received awards, and scholarships, both in Russia and abroad. He is a prize-winner of renowned competitions, such as Busoni in Bolzano (3rd Prize in 2013), Rio de Janeiro (2nd Prize in 2014), Chopin in Warsaw (6th Prize in 2015) and Queen Elisabeth in Brussels (Finalist). He is also 1st Prize winner of the Top of the World Competition in Tromsø (2017). In 2014, he became an artist of the “KNS” label, where he recorded his first CD – ‘Absolute Chopin’ (2017), which was best seller on iTunes.

Winner of the First Olga Kern International Piano Competition on November 2016, the Scriabin Prize and the Rome Prize together with numerous other internationally renowned competitions, the twenty-three-year-old pianist Antonio Chen Guang combines his extraordinary technical capacity with a profound and mature musical sensibility and an exceptional on-stage charisma.

As a guest conductor, Conrad works with some of the world’s most respected orchestras, such as the Montreal and Svetlanov Symphony Orchestras, the Brussels, Bogota and Moscow Philharmonics, the Bochumer Symphoniker as well as the Symphony Orchestra of the Gran Teatre del Liceu in Barcelona.

Matilda is currently studying with Håkan Hardenberger on a Diploma course in Malmö, Sweden. In June 2019, she graduated with a DIPRAM Master’s Degree from the Royal Academy of Music, London, having graduated with a First Class degree in Music from Trinity College, Cambridge University in June 2017. Alongside her studies, Matilda has received tuition from world-class trumpet soloists in masterclasses with Reinhold Friedrich, Éric Aubier, Jeroen Berwaerts and Wim van Hasselt.

Tickets cost between R150 – R345 per person. Get yours online via the Computicket website.

For more information, visit the JPO’s website. Follow them on social media for event updates, concert announcements and more:

An Acappella Night With The Soil Live

What Is It? If you want an unforgettable experience then you have to go to An Acappella Night With The......