We stayed over at The Bannister Hotel to see what it is like… Verdict? We fell in love. Here’s why. 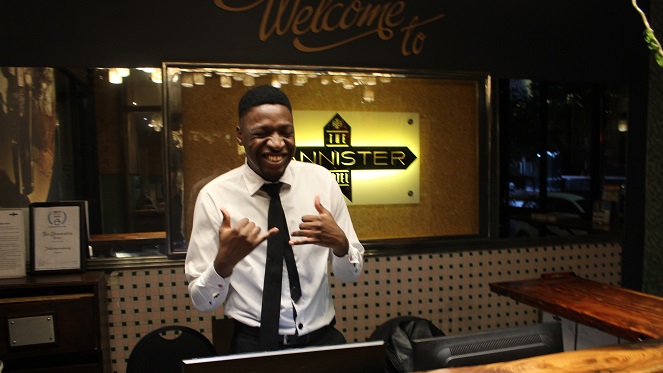 Sitting in the bar at The Bannister Hotel on a rainy Tuesday morning when I am supposed to be in the office slaying deadlines. Yes. That is the best way to start this review of one of Braamfontein’s sleekest hotels.

A Brief History Of The Bannister Hotel

Around 2002, photographer Andrew Bannister bought a building on de Korte Street. Andrew sublet the building to all kinds of characters. Steelworkers, artists and students flooded the building. Andrew envisioned Braamfontein as a hub for artists and bohemians to hang out, create and feel accepted in. This was before Braamies became the neighbourhood it is today, which made setting up an artists’ utopia quite difficult.

The Character Of The Bannister Hotel

Fast-forward to today. Both the Bannister Hotel and Braamfontein have come a long way. The fact that the hotel made it through the city’s dark days says much about its character, and that is what this inn has that a lot of other places lack – character. From the moment you walk into the Bannister Hotel, you have the cool kid feeling – like those kids who always sat in the back of the class and listened to Fela Kuti at full blast.

The Guests At The Banister Hotel

The guests are from all over the show: businessmen peck at their shisha nyama between sips of Hennessy, Danish tourists chug down craft beer from Durban, and musicians take a break at the bar. Words such as ‘cosmopolitan’ and ‘bohemian’ come to mind when describing the types of guests who lodge here. 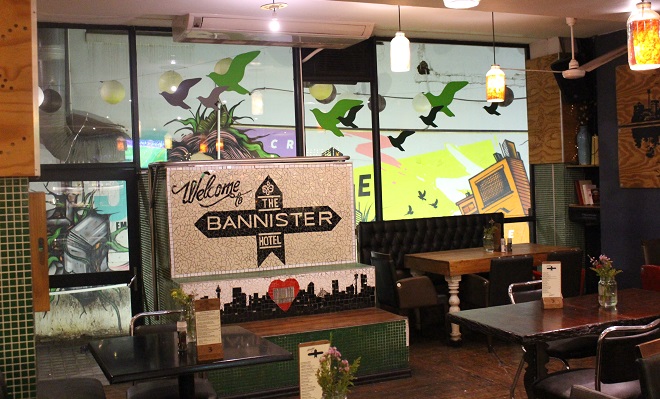 The Staff At The Bannister Hotel

One thing that stood out for me is the friendliness at The Bannister. Everybody knows everybody and if they don’t know you, they will make a plan to do so. The staff are helpful and accommodating. The beauty of this needs to be stressed – there are no fake smiles here. The reception makes you feel welcome and don’t treat you like just another item on the conveyor belt moving through their doors. 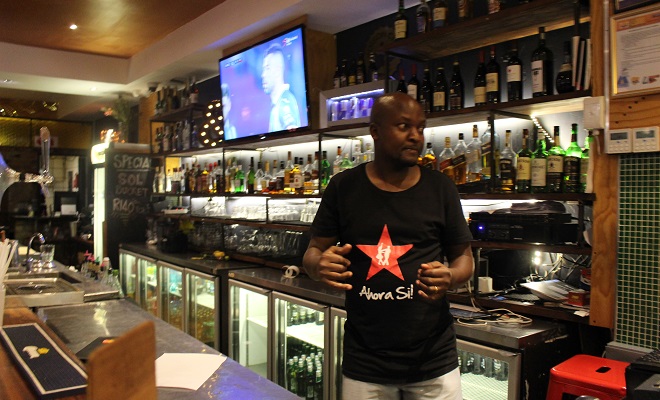 The Rooms At The Bannister Hotel

I stayed on the second floor, where Andrew Bannister’s photography studio was. The room was fairly small but it was quite comfortable. What you need to realise is that this is not the Hyatt in Rosebank but a cool-kid hotel in one of the coolest suburbs in the city. Just like a Ferrari has its place in Joburg, a VW Beatle covered in Fuzigish stickers has its place in town. Needles to say, there are bigger rooms available. The bed in my room was massive and I dosed off to the sound of late-night traffic….which is oddly soothing. The shower is pleasant, though it’s somewhat interesting to see the basin in the “hall” as you open the door to the room.

The Food At The Bannister Hotel

Home to “Joburg’s smallest sushi bar”, the Bannister Hotel rocks all things cool to chow down on. According to the hotel’s operations manager, Alice (sorry, Alice, I forgot to get your surname), the menu was created to incorporate the street food one would find around the city. From chuck braaied and served with pap and chakalaka to vetkoek rolled in cinnamon and served with ice cream, there’s something local and lekker for everyone.

All that’s left is to sell breakfast to you… Fortunately I won’t have to, because the Bannister Hotel is known for its breakfast. I highly recommend the French toast dressed in maple syrup, blanketed with bacon and finished off with a berry jus (just look at the image below – it’s as good as it looks). The prices are amazing too. I went on about this quite a lot last night. Affordable is the name of the game here. 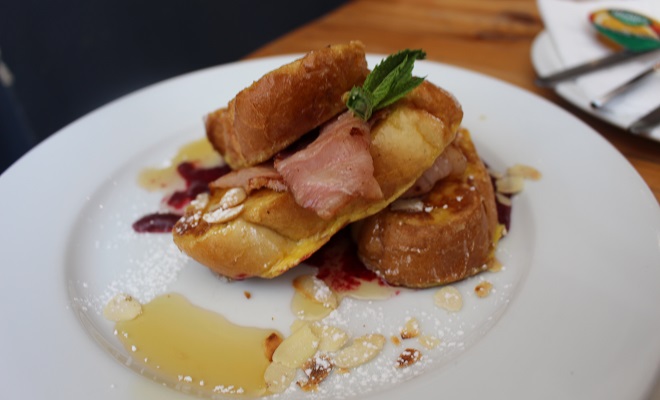 Though there is no bannister to slide down at the Bannister Hotel (c’mon guys, get on that…it’s a missed opportunity!), it’s still a pretty cool place to stay. It’s decently priced, a great place to crash when hitting the inner city for a night of fun and a lekker spot to chill whenever you find yourself hungover in town.

Victoria Yards Called the "new Maboneng," Victoria Yards in Lorentzville/Bez Valley launched in 2018. This 30 000m² of industrial space is home......