Halloween is a favourite time of year for kids of all ages. It’s filled with dress up, lots and lots of sweets and time spent on the couch watching spooky movies with the family. In spirit of this, we decided to share our favourite family Halloween movies of all time. 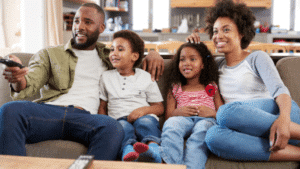 Telling the story of the friendly ghost, this 1995 film stars Christina Ricci, Bill Pullman and Malachi Pearson. The film follows the adventures of father and daughter, James and Kat Harvey, as they inhabit a mansion haunted by Casper and the Ghostly Trio. Casper attempts to befriend the Harveys, but is thwarted by the shenanigans of the Ghostly Trio. After a mishmash of events, including Halloween parties, death, resurrection, a selfless sacrifice and the appearance of an angel, the group manages to put their differences aside and live happily ever after.

Another film starring the talents of Christina Ricci, The Addams Family follows the weird and wacky adventures of the Addams family. This unconventional family is filled with eccentric characters. From the quirky Grandmama, the idiosyncratic Gomez and the alluring Morticia to the morbid Wednesday, the fur ball cousin Itt and the bizarre uncle Fester. Watch as this unique and diverse family live a life of romance, family trouble and quirkiness in a world that considers them freaks. This film is followed by The Addams Family Values. Both make great Halloween movie options.

Although not scary, we will admit that this animated film does give us the heebie jeebies. As such, we only recommend it for older children. The story is about a young girl, Coraline, who tries to adapt to a new life in a new city. Having no friends and being ignored by her parents, Coraline is lured into an alternate world. In this new world, Coraline encounters “the others” – doppelgangers of the real people in her life, who spoil her with love and affection. But she soon finds out that not everything is as it seems and this sinister world may destroy everything she holds dear.

Perhaps the most lighthearted depiction of Count Dracula, this film follows the story of the famous vampire. In this version of events, Dracula married, but lost his wife at the hands of an angry mob of humans. Seeking to protect his daughter, Mavis, he builds a hotel in Transylvania – for monsters only. But soon a human finds his way to the hotel. The ensuing drama is bound to leave the family in stitches. This movie is followed by Hotel Transylvania 2 and Hotel Transylvania 3: Summer Vacation. Sony Pictures Animation has announced that a fourth installment will be released in 2021.

The Nightmare Before Christmas

There is some debate about whether this animation is a Halloween or Christmas movie. Our answer is, it’s both! In our opinion, this animation should be re-watched over and over again throughout the months between Halloween and Christmas. This Tim Burton film follows Jack Skellington who lives in Halloween Town. This fantasy world is filled with monsters who spend the entire year organizing their annual Halloween event. But Jack has tired of this and seeks something else. He finds a portal to Christmas Town and attempts to take over the annual Christmas event. This goes horribly wrong and Jack tries with all his might to fix his mistake.

This film has its roots in the Mexican Day Of The Dead tradition, rather than Halloween. In the film, a young boy, Miguel, dreams of becoming a musician. However, his family forbids any type of music in their household. This is because Miguel’s great-great-grandfather abandoned his wife and daughter to follow his music career. In an odd turn of events, Miguel ends up in the Land Of The Dead, and must get a dead relative’s blessing before he can return to the living. During the adventure, Miguel comes face to face with his great-great-grandfather and finds out he’s not who Miguel thought he was.

This 2006 horror-comedy film follows D.J. and his friends, Jenny and Chowder. D.J. lives next door to a creepy house owned by Mr Nebbercracker, a grumpy old man who scares children and confiscates any items that land on his property. When D.J.’s parents go on a trip, he and his friends attempt to retrieve their lost toys from the house. Nebbercracker catches them, has a heart attack and is rushed to hospital. In his absence, the children attempt to break in, only to discover that the house is alive. They later learn that the soul of the deceased Mrs Nebbercracker lives in the house. Mr Nebbercracker recovers and helps the kids destroy the monster house.

Based in the town of Blithe Hollow, Massachusetts, ParaNorman is about a medium, Norman, who is not accepted by his family and community. One day Norman’s uncle, Mr Prenderghast, appears and tells Norman that a ritual must be preformed to protect the town from an ancient witch. Mr Prenderghast soon dies and the ritual is left up to Norman. But things go awry thanks to a school bully, a stagger of zombies and a mob of town citizens. With the help of some new friends, Norman is able to empathise with the witch and help her move on into the afterlife, saving the town. This is a great Halloween film for the family, teaching us about acceptance.

This classic animated film is probably one we’ve all seen. It tells the story of the scrawny green blob, Mike Wazowski and the furry blue and purple James “Sulley” Sullivan. These two monsters work at Monsters Incorporated, a factory that turns children’s screams into energy to power the monster city, Monstropolis. But the monsters have a frightful secret – it’s actually the children who are dangerous to the monsters, not the other way round! In a cataclysmic turn of events, Mike and Sulley bring a human, Boo, to Monstropolis. At first terrified, they later grow to love the child. They attempt to return her home, only to discover an undercover plot within Monsters Inc.

This adorable recreation of Mary Shelley’s classic is a black and white stop-motion film produced by Tim Burton. Watch as a lonely young Victor Frankenstein becomes a mad scientist in an attempt to bring his recently deceased dog, Sparky, back to life. Victor’s fellow school mates find his formula and decide to try it themselves, but end up creating monsters. The monsters attack the town and Sparky is blamed for the turmoil. In a turn of events, Sparky gives his life to save the town. Realising he is a hero, the townspeople gather to reanimate Sparky. Keep a box of tissues handy, as this movie is a real tear-jerker. 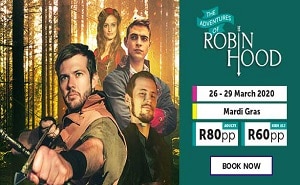 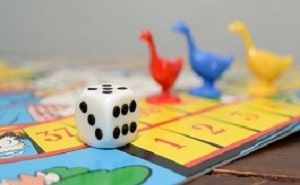 Where to find baby’s Christening clothes and gifts in Joburg

Baby Rules Baby Rules is an online store specialising in Christening clothes, accessories and gifts for the little ones. They......