Grei Takes Over The Saxon Hotel

Est. Reading: 4 minutes
A familiar face is taking over from Luke-Dale Roberts at The Saxon Hotel, complete with a brand new restaurant and fine dining experience. 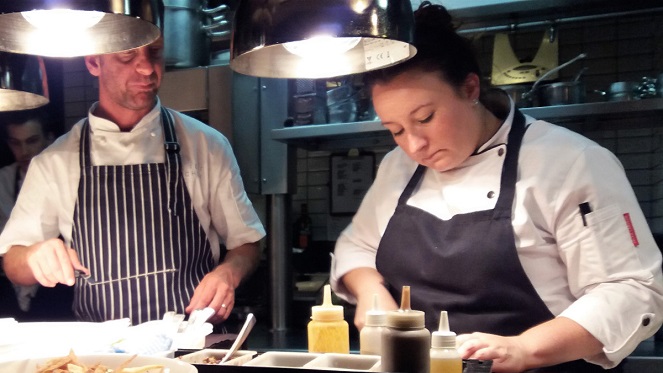 "First Dave Higgs, now Luke? What's going on?!" a friend of mine said when I told him that Luke-Dale Roberts was leaving the Saxon Hotel. Rest assured there is no conspiracy. The renowned hotel, situated in the upper-class suburb of Sandhurst, has been both a culinary launchpad and accolade for some of the best chefs in the world - not that Higgs nor Roberts needed a launch pad in the first place. From the Five Hundred to LDR, The Saxon has been known for its attention to detail brought on by chefs that can hold their own against the best in the world.

Fortunately for the Joburg dining clan, a familiar face is taking over where Luke-Dale Roberts left off. After 13 years at The Saxon, Chef Candice Philip will be at the helm of Grei, the new fine-dining restaurant at The Saxon Hotel. Centered around a palate of grey tones, Chef Candice Philip’s new fine-dining restaurant promises to add to the "Culinary Golden Age" that Johannesburg is entering. Chef Candice will officially open the doors on Thursday, 19 April 2018 - reason enough to check it out if you want to be among the first to road-test their new menu.

Grei, which loosely translates from Portuguese as “a society of people”, will blend together Chef Candice’s love of unusual pairings, her passion for herbaceous flavours and her signature style of intricately-plated dishes - which we've grown to love during her time at Luke-Dale Roberts.

She is well-respected for her focus and calm demeanour (something scarce in commercial kitchens), and highly regarded for her skill and passion. Chef Candice has the innate ability to conjure up imaginative flavours, playing with contrasting and contradicting ingredients.  Philip’s grace and reverence for her craft have seen industry professionals honour her with sought-after accolades and Olympic stature. In 2016, she was honoured with a Design Indaba nomination for Design Indaba’s Most Beautiful Object in South Africa. This was the first for a culinary item in the awards, which seeks to acknowledge creativity and innovation in South Africa.

A little known fact about The Saxon Hotel is that they grow their own herbs and other produce. Chef Candice Philip aims to incorporate this: “We’ve always worked with the garden and its produce, focusing first on organic and heirloom, and later looking to the proteins,” she says. “But for me, the herbs are often the little things that are overlooked. Not only do they bring an enticing aroma to the food, but also great flavour and colour.” Colour is the word Grei will be laying claim to. The restaurant will be a reflection of Chef Candice's personality - vivid and energetic.

Dishes will feature unusual pairings and natural, succulent flavours. The menu will highlight the three key flavours from each dish and convey a different colour with each course. The menu will be available as six-courses, paired with a combination of international and local wines. There will also be a non-alcoholic pairing option, as well as vegetarian- and pescatarian-suited menus.

Grei’s décor will celebrate texture and, fittingly, different tones of grey. From feature-walls with fur and beading, to textured table cloths and carpets. The muted tones will create a calm, sophisticated atmosphere for the colour of the dishes to stand out. The design finds its roots in the Scandinavians' simple, minimal and sophisticated approach to plating, food and restaurant layout and design. This is reminiscent of Swedish Chef Magnus Nilsson's Fäviken, minus the wood interior. The space will be classic and elegant, but also understated and un-intimidating.

The words intimacy and fine dining go together and that is why Chef Candice decided to keep the size refined. The 32-seater restaurant will be located upstairs at The Saxon Hotel in Sandhurst. It will overlook the trees and indigenous gardens of the five-star location. The restaurant also features a small private dining room and retains its open-theatre kitchen which The Saxon is known for.

Elements of the unusual

Chef Candice intends to bring elements of the unusual to Grei’s dining experience – from the spelling of the restaurant’s name, the menu layout, all the way through to the paired ingredients in the dishes.

“Since joining the Saxon, I’ve been privileged to work alongside some of the country’s best chefs – including Chef David Higgs and Chef Luke Dale-Roberts,” she says. “I’m excited to bring my own long-held vision to life in the form of Grei. I really want people to come and appreciate what we’re doing – to take the time and enjoy the journey.”

Philip will be supported by sous chef Wynand van Wyk (who manned the Test Kitchen pop up with Luke-Dale Roberts during the restaurant's stint in Sandton in 2016).

By Shawn Greyling (with special thanks to Pillar9) 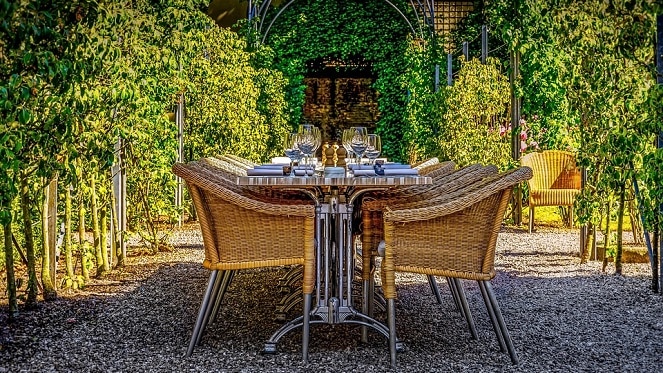