Joburg’s favourite prankster and radio host, Darren Simpson has announced that he will be saying goodbye to 947 in December, to concentrate on Primedia’s sister station, Kfm 94.5 where Darren will be doing the breakfast show in the Cape Town. 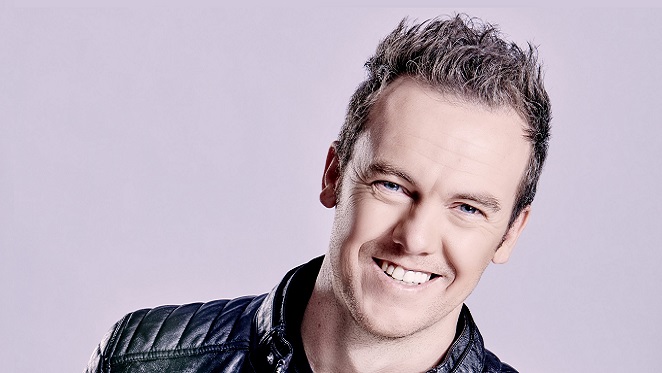 “I’m so proud of what I have achieved at 947 – I have been able to practice my profession at the highest level in South Africa with the Breakfast Xpress,” says Darren. “Rising to the challenge of hosting breakfast on 947 has been my greatest honour and getting to do it all over again on Kfm in the Cape is a rare and thrilling opportunity for me,” he said.

Darren joined 947 in 2003 as ‘Whackhead’. He then pioneered one of the world’s most successful radio prank series. His annual CDs have sold over half a million copies, with proceeds going to the 947 Hear for Life Trust.

Darren’s work ethic and commitment to great content impressed station management and was reflected in responses from the audience. In 2010, he took over the breakfast show which was re-branded as the Breakfast Xpress. He won over the city with his approachable, authentic humour and heart.

In addition to the Hear for Life contributions, Darren made numerous life-changing interventions through the station. Some of his most stand put contributions include sending Baby Calum to Boston, a radiothon which went on to win a Liberty Radio Award and ticking off the items on a terminally ill young man’s bucket list in the weeks before he died.

He has won the Best of Joburg Radio Personality of the Year award numerous times. His show, the Breakfast Xpress, also took top honours for Breakfast Radio Show of the Year.

“Darren has brought so much to 947 over the years – from being the guy who we could always rely on to do crazy things that would make the audience laugh, to his pranks, which are truly world-class and ultimately his work as a radio professional, who has worked more than his requisite 10 000 hours to achieve his followers and his success,” said 947 station manager Ravi Naidoo.

Darren has been hosting both the afternoon drive on 947 and the Kfm breakfast show since July. But, from January 2018, he will be focusing his energies on the Cape and entrenching Kfm breakfast in this region.

“I have loved the last six months getting to know the Cape – it has invigorated my love for radio. Cape Town is my new home and I am beyond excited about the challenge of building a new, successful show on Kfm that listeners turn to – and they deserve my full attention.”

947 listeners will be familiar with the station’s new afternoon drive show. Greg and Lucky will be taking over the drive time slot in January 2018. “Greg and Lucky started on Sunday nights, then weeknights from 7-10pm and worked their way into their current midday show where they have been thriving,” says Naidoo. “Their approach to their audience and to delivering great content is exciting and it’s a real honour to promote them into a drive-time slot – we’re looking forward to working with them to make excellent radio in the afternoons.”

The daytime shows between the drive channels will be very music-focused, to cater to a workday audience.

“This is an interesting shift for 947 but it fits in strongly with our drive to better serve our daytime audiences who have fed back that they prefer more music during office hours,” says Naidoo. “Ayanda MVP is proving very popular with listeners so we are excited to have an opportunity to extend her show,” said Naidoo.

“Beats @ Work is a request-driven music feature, which has also received very positive feedback, so we think audiences will respond well to the effortless listening throughout their weekday, bookended by two very strong drive time shows.”

The full weekday line up from Monday, 8 January 2018 will be:

With American Whiskeys, get in on the hottest new global spirits trend and infuse your braai, enjoy a home whiskey......