What happens when you mix a car-obsessed journalist with a hot hatch? One happy chappy. “Motoring” journalist Shawn takes the limited-edition Ford Fiesta ST200 for a spin and refuses to return the demo car to the dealership… 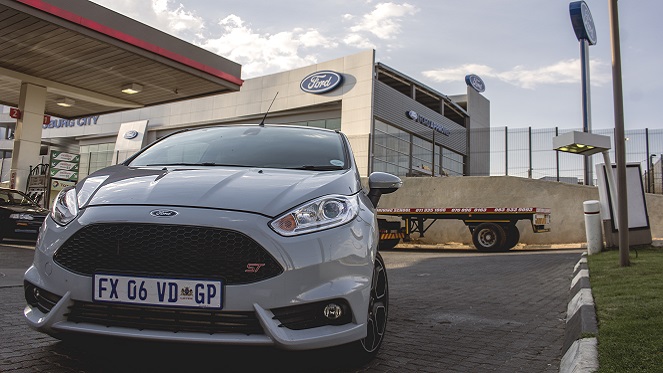 Every now and then an email comes into my inbox which has me bouncing off the walls. When Ford asked if they could drop off one of the 160 Ford Fiesta ST200s sent to South Africa, I was fumbling in my chair, grasping for air and spewing cuss words I would not utter under any other circumstances… kind of. You see, to celebrate 40 years of Fiesta, the Ford Motor Company decided to do a limited run of the popular Fiesta ST, only this one had a bit more kick – 149kW to be exact.

The Ford Fiesta ST200 not only celebrates the number-one selling hatchback in the world, but also sets a precedent for other hot hatches out there. On the outside, the manufacturer has tuned the design a bit by adding 17 inch matte black alloy wheels, LED tail lights and its sexy paint job, which Ford calls “storm grey”. Whatever they call it, it can only be described with a single word: sexy.

On the inside, you can expect the usual Sony sound system mixed in with Ford’s Sync 3 (with voice control). An interesting addition is the rear view camera when you pop the machine into reverse. The racing bucket seats are designed and manufactured by Recaro (the company who does all the fancy first class seats for most major airlines) and are partially made up of leather.  There is one thing that Ford has not fixed on the Fiesta which has been carried onto the ST200… the seatbelts are placed quite far back and can cause serious muscle injury (not really) when you reach back to grab the belt. Standard amenities include keyless start, automatic climate control and a reverse camera. Another interesting piece of tech that comes with the ST200 is Ford’s MyKey. This helps parents encourage teenagers to drive responsibly. The car key can be programmed to a restricted driving mode setting that promotes good habits, such as increasing seat belt use, limiting vehicle top speeds and decreasing audio volume. Other low-key features include a full cabin of air bags,  rain sensing wipers and a lack of cup holders… Yup, Ford has this thing where they only include two cup holders in all their models – from the Figo to the Focus and everything in between. Cup holders are important – they need to be everywhere. Give me a fast car filled with cup holders and a safety belt my tiny arms can reach and I will be content. 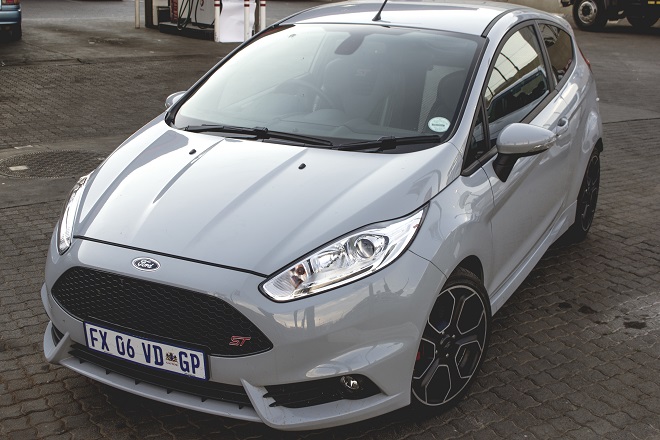 But the biggest difference between the normal Fiesta ST and this limited-edition model hides locked between 3rd and 4th gears. Ford has sneaked a 20-second “over-boost”  into these gears, causing rapid cooling of the engine and allowing for a greater boost in power – much like the Sports Response Button on a Porsche 718’s steering wheel, except it can only be engaged if you’re pushing the car during the mid gears. Thanks to its 200 horse power (the 200 in the ST200, I assume) it makes for nippy driving when taking on Joburg traffic. The Ford Fiesta ST200 can do 0–100 in 6.7 seconds thanks to its 1.6L EcoBoost engine.

Fuel consumption is not the best but not as bad as one would think. During the week I drove this beast (best seven days of my life; being stuck in traffic was a blast) I averaged 7.7L per 100 km, which is better than a Nissan NP200 bakkie. Fun fact, those things are so heavy on petrol for some odd reason. Anyway, back to the little monster at hand. It’s beautiful, it’s got power and handles like a feather on a pond… if that feather was racing down Ontdekkers playing Run The Jewels at full blast. FYI, the Ford Fiesta ST200 boasts a Euro NCAP safety rating of five. 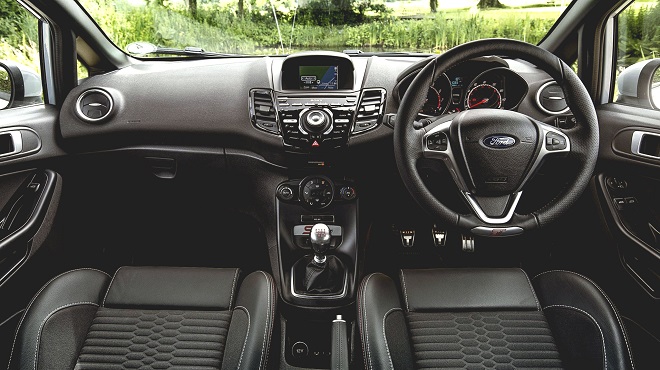 That brings us to the conclusion. Is it worth paying R14 000 more for the limited-edition Ford Fiesta? Sure, that’s if you can find one for sale as they’re all sold out. If you can get your hands on one and it’s not been illegally raced around town, then go for it. Ford did exceptionally well with this four-decade commemoration of their top-selling hatch back. Regardless of its lack of cup holders and out-of-reach safety belt, this car gets a solid nine out of 10 from me.

Just a word of friendly advice, don’t try to take on an Audio RS3 in an ST200 – it’s like betting on a piece of biltong in a fight against a pit bull. As fast and as furious as the ST200 is the 1.6 turbo engine does not stand a chance against a turbocharged 2.5 litre swamp thing. Now, the Ford Focus RS might stand a chance… I think Ford should send me another happy email about how they want me to rematch that Audi with their Focus RS. It would be nice.

Every now and then a car comes along that just hits the spot. Low fuel economy, creature comforts and a......