Looking for a hip and happening spot to enjoy a few drinks after work or a relaxed dinner with good friends? Then look no further than the vibrant spot that is The Artisan on the buzzing Greenside strip. 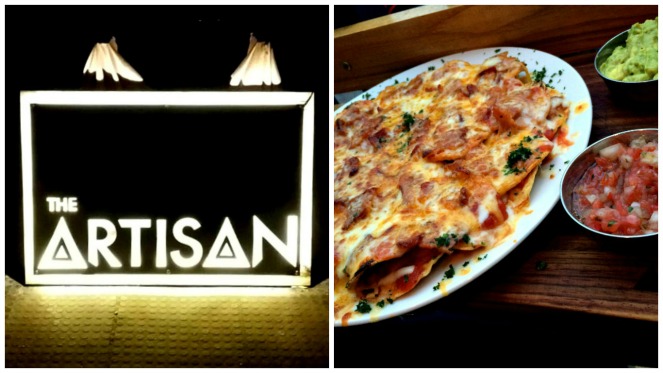 For a former Capetonian, the vibey Gleneagles Road in Greenside is a real treat. Why, you ask? Well, you see, Cape Town residents delight in having eateries of all kinds jam-packed on the same street so you don’t have to get in your car and drive around from one part of town to the other to satisfy your foodie cravings.

One of the newest additions to this strip, The Artisan, is a social and trendy restaurant and bar that’s just the place to sip on something refreshing after a long day of work, enjoy a relaxed dinner and a couple cocktails with good friends, or simply tuck into a simple breakfast after your morning cycle. I popped in on a Friday night for a light dinner with my boyfriend, and we’re ever so glad that we finally got around to trying this new spot!

We arrived in the early evening and were both instantly impressed by the eclectic and modern decor — a combination of brick and dark, painted walls, chalkboards announcing the tantalising light meals and snack platters, and handcrafted wooden light fixtures. That night the place was packed, and the atmosphere was sophisticated and vibey. 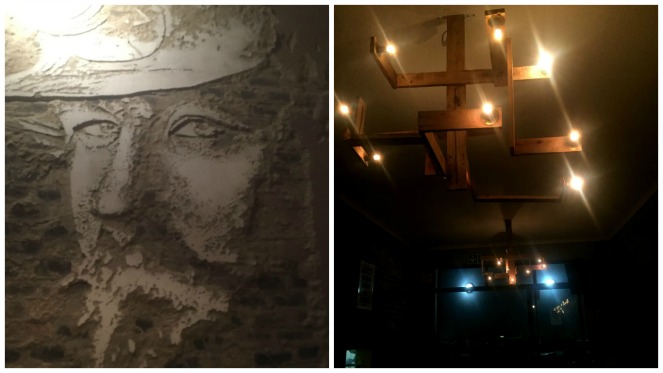 My boyfriend and I took a seat at a high table in the courtyard out back. This small and cosy area is comfortable and probably quieter than inside. Our friendly waiter accompanied by Matt, one of the owners, quickly attended to us and made some drinks suggestions before letting us look through the extensive menu of simple, uncomplicated light meals and a super-impressive list of drinks.

Food options were mainly salads, gourmet sandwiches and burgers, as well as a number of finger foods, including jalapeño poppers, nachos, sliders, kebabs and potato skins. You’re even given the option of building your own snack platter.

On the drinks side, you can expect a pretty cool list of cocktails reminiscent of the 1920s. Think classic concoctions like an Old-Fashioned or Gin Martini. There were also more adventurous choices like the Sidecar to Work (a premium brandy cocktail enhanced with vanilla maple syrup and lemon) and the Gentlemen’s Jack (a Jack Daniel’s blend with Triple Sec and Coke). Also on offer are a number of local craft beers that are changed up every month. On Matt’s recommendation, I ordered the Sidecar to Work, while my boyfriend ordered a beer. 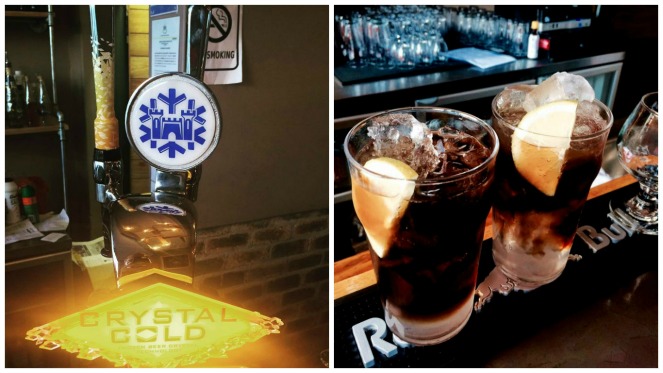 For starters, we decided on the Doritos jalapeño poppers, a crunchy twist on the beloved chilli poppers. They arrived quickly and were delicious! For mains, we chose the beef burger and chips and the chicken nachos to share, which also reached our table in good time. The burger was succulent and juicy and the potato chips on the side were fantastic. The nachos were top-notch — the kind you’d expect at a traditional Mexican restaurant, just better and probably cheesier too (yum!).

To end off our meal, we thought we’d try one more cocktail each. I opted for a Caipirinha and my boyfriend had the Old-Fashioned. Both were beautifully presented and wonderfully refreshing. I’ll certainly be back to try some of their other colourful concoctions, such as the Pear Pressure Mojito, Cinnamon Berry Crush and Peppermint Crisp —  I mean, how divine do those drinks sound?

Both my dining companion and I had a great experience at The Artisan and if you enjoy all things artisanal, you’ll love this place! The food is deliciously original, the service enthusiastic, and the concept is trendy and exciting. Oh, and whiskey drinkers take note: on the first Wednesday of every month, The Artisan hosts a whiskey-tasting evening. You can find out more about that on their Facebook page. Enjoy!

In the heart of Sandton, the DAVINCI hotel is a leading destination for locals and tourists and is home to......