Theatres may soon be opening across Johannesburg as we enter advanced level 3 lockdown. But in the meantime, tune into the Market Theatre’s first ever online theatre and storytelling festival. The Ditshomo Story Time Season will take place over the next nine weeks, bringing you the very best in cutting-edge South African theatre at home. Don’t miss out! 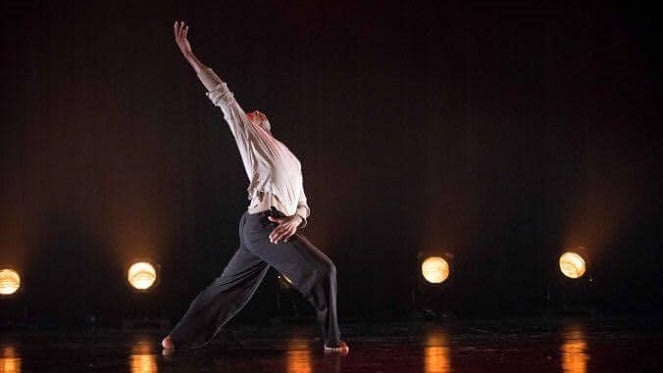 The Market Theatre has been at the forefront of contemporary South African theatre since the 1970s. Now in response to the call from audiences and artists for live online content, they’ve announced their first ever digital storytelling festival. Over the coming nine weeks, the Market Theatre will present the Ditshomo Story Time Season via live streaming on their social media platforms. After months of closure due to the COVID-19 crisis, this comes as a welcome directive into the world of digital theatre and recorded performance. Here’s how the idea for a digital storytelling festival came about at the Market Theatre.

Since the start of the national lockdown period, the Market Theatre has been active on their social media platforms, staying engaged with their artists and audience. The theatre quickly debuted the #TheatreWillRiseAgain monologue series – a daily snippet series of one-minute monologues, delivered by some of South Africa’s finest actors from their homes. Throughout lockdown, they’ve posted these snippets to help keep you entertained and engaged with South African theatre. The Market Theatre has also hosted a number of artist seminars, as well as a virtual career expo during this time.

The evolution of the #TheatreWillRiseAgain campaingn has now culminated in the Market’s Artistic Director James Ngcobo commissioning new works to premiere online. Embracing this new sense of theatrical experimentation and innovation, the Market Theatre firmly moves itself into the 21st Century while maintaining is homegrown essence. While the theatre is taking a massive leap forward, it still thrives on telling stories that depict the diverse experiences of people from all walks of life. This is precisely what the Ditshomo Story Time Season hopes to achieve over its nine week run.

The current COVID19 crisis has had devasting effect on the performing arts across the globe. For the Market Theatre Foundation there is no holding back. The show must go online! For the next nine weeks, the Market Theatre Foundation will live stream nine productions across all its social media platforms so that no one misses out on their theatre fix. In the comfort of their homes, this will be a time for audiences to throw away their theatre etiquette book – they can sing while watching the productions, make themselves a cup coffee, eat a favourite snack and make this a family experience. Ditshomo story time season will see award winning playwrights and choreographer’s premier their twenty-minute productions that has been filmed with high definitions cameras to create a real theatrical experience for viewers at home. The actors will sink their teeth and immerse themselves into the lives of the people in these vignettes. Award winning designers will create poetic spaces to locate the stories and the characters.

“We are completely committed to the idea that sees us programming and staying in touch with our patrons and at the same time celebrating those who have always gifted us with stories to tell. It also presents an opportunity for our work to be accessible to global audiences,” says James Ngcobo.

The Market Theatre will be releasing a new production online each week from Thursday, 18 June 2020. Filmed at the Market Theatre with high definition cameras, these productions invoke a real theatrical experience for viewers at home. Here’s a sneak peak at what’s on the bill:

The Market Theatre debuted the Ditshomo Story Time Season with Vincent Mantsoe’s Cut. This 13-minute long dance film was created in collaboration by three artists over email. Grappling with the emotions, tensions and confusion caused by the worldwide pandemic scare, Cut reaches deep into the viewers imagination. It is both frightening and comforting, as Mantsoe whips around the frame, battling his own inner conflict.

Cut is a definite must-see and the ideal kick start to the Ditshomo Story Time Season. The film will be available to stream on the Market Theatre’s Facebook page until Thursday, 2 July 2020. Don’t miss it!

Director Themba Mbui’s Dark Cell draws its inspiration from imagery of political prisoners on Robben Island. This 20-minute theatrical dance work uses the concept of a prison cell as a metaphor for mental imprisonment. While celebrating and commemorating South African history, the piece also acts as a mirror to contemporary society and and reflection of postcolonial interiorities. Dark Cell premieres on Thursday, 2 July 2020.

Follow the Market Theatre’s social media pages to watch the Ditshomo Story Time Season live and to keep up to date with upcoming shows: