Tips In Choosing A Wedding Photographer

Tips In Choosing A Wedding Photographer

Est. Reading: 2 minutes
Not all of us can afford to have our photos taken by Annie Leibovitz on our special day. Fortunately Johannesburg has a list of photographers capable of capturing your most precious moments. But before you head down the path of enlisting a camera man for your wedding, make sure you're set with the basics to contract someone capable of doing so. Here's our 10 cents for your consideration. 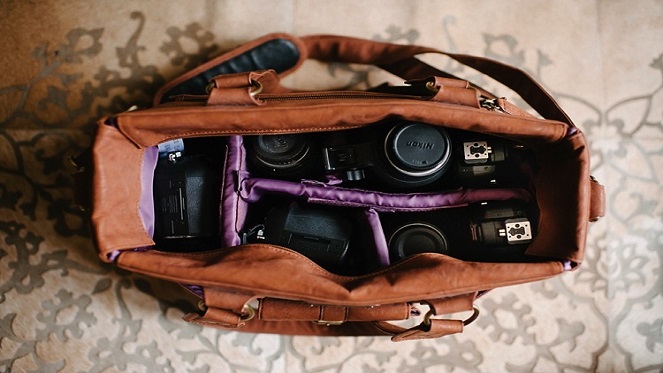 What's In The Box?

There is a world of difference between one camera and another and that is why you need to wrap your head around the basics of what your photographer will be working with. You want to avoid contracting a photographer who will rock up on your big day with a disposable camera and a flash light. Most guys shoot with the Canon 5D Mk3 which is a top of the line full frame camera, but generalising would be scraping the tip of the ice berg with a teaspoon. Yeah it may go over your head but do an Internet search of the camera the photographer will be using from your phone and check if it's worth shooting a wedding with. To be honest, an enthusiast grade camera won't be able to shoot under low light conditions which most receptions call for.

Can We See A Portfolio?

The proof is in the pudding, friends. Ask a potential photographer for examples of his or her work. Since Instagram has reached its peak in popularity it's brought with it a lot of people who think that they can take photos. As pretty as that selfie with the Clarendon filter appears it's not going to make your wedding memories stay classy.

Do We Own The Right To The Photos?

A trend lately is for photographers and studios to smack water marks in the middle of all their photos after post production. Their reasoning is that they own the rights to the images and gives them the permission to use your likeness as advertisement. This is not a problem because a photographer's best work is used as advertising, but do you really want to have a water mark in the corner of every photo you post on social or print for the photo album?

What Photographic Style Do You Use?

This is one of the most important things you'd need to discuss with any potential photographer(s). There are a handful of styles, such as dramatic, classic and documentary, which you need to discuss. This is important because you want to make sure that the style is kept and that the photographer has the necessary skill to make this work. Trust me, I've been taking photos for long enough to know what I'm talking about.

Most wedding photographers charge an arm and a leg, which is understandable because camera gear is very expensive and you're paying for a skill which has taken years to develop. But with that said, there are a lot of chancers so make 100% sure that you're final choice is your final choice. Visit The New MmohoBlock Market At Mall Of Africa Where To Enjoy A Romantic Picnic Offering In Or Near Joburg