Black Panther In 4DX? Yup, Nu Metro Has Your Back 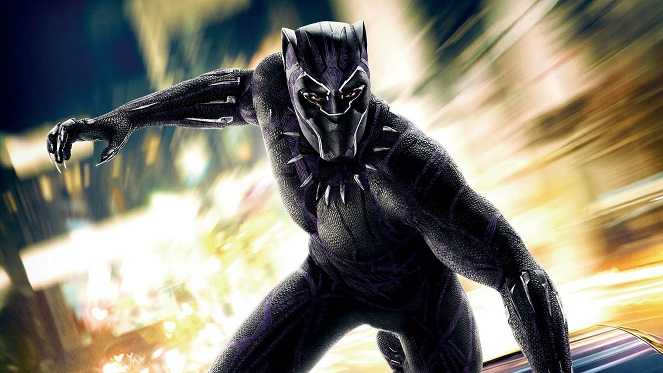 Most shows for Black Panther in 4DX have been reaching sold-out status since the film released over the weekend – further affirming its position as South Africa’s highest-grossing movie at the moment.

The experience of watching Marvel’s new superhero blockbuster in 4DX includes realistic simulations of the dynamic car chase-, flying action- and other adrenalin-fuelled scenes in the movie. One of the most popular 4DX seat motions - the feeling of joining a ‘car chase’ onscreen - is applied with spectacular effect for Black Panther, resulting in one of the best multi-sensory experiences in 4DX history.

But what is 4DX? Here... watch this, and you will understand what the fuss is all about.

One key difference from a general car chase-simulation is that 4DX deploys innovative new technology, following a more natural pattern that would occur in an actual situation – giving the viewers the sense of driving the car themselves.

Other 4DX effects give viewers the feeling that they are flying in a real spacecraft. Black Panther’s combat skills based on various martial arts and animal imitation - as well as his bulletproof suit, claws that can cut all metal, multi-function lenses, special boots and stealth cape - are all conveyed in 4DX through various environmental effects to make moviegoers a part of the Black Panther-action in Wakanda.

Marvel Studios’ Black Panther is the first ever solo outing on the big screen for this revered superhero, after the character was first introduced in Marvel’s Captain America Civil War. It is based on the popular comic book; and stars Chadwick Boseman in the title role; along with Michael B. Jordan, Africa’s acclaimed acting export Lupita Nyong'o, Danai Gurira, Martin Freeman, Daniel Kaluuya, Letitia Wright, Winston Duke, Angela Bassett, Forest Whitaker, and Andy Serkis, as well as various local and Pan-African acting talent.

Iconic South African actor John Kani returns to star as King T'Chaka in Black Panther (after he also made a brief appearance in Civil War), the king of the fictional nation of Wakanda and the father of T'Challa. isiXhosa and other African languages can be heard throughout this new release from the Marvel Cinematic Universe, with Andy Serkis sporting an Afrikaans accent for his role.

The 947 Breakfast team raised a total of R1,039,800 to take over 8,000 young South Africans from underprivileged backgrounds to watch the first black superhero film.

But Where Can I Get My 4DX On?