We've talked about Yoco on our site before, but what you probably really want to know are the success stories of local, small business owners with the help of Yoco and their services. Well, we have just the story to tell you! Meet Gugu Nkabinde, founder and CEO of Gugu Intimates. Here is her success story.

The need is real. Nude underwear has only been designed for pale/light skin tones. For Gugu Nkabinde, founder and CEO of Gugu Intimates, the question was: would a business catering to women with brown/darker skin tones be something that could sustain itself? The doubt came from not knowing whether this could be a viable business idea. It takes a daring person to forge their way into a new market like this and Gugu fits the profile to a T.

"It baffled me that on a continent with multiple skin tones when you said nude, there was no underwear that matched an African person."

It’s clear that fate was pushing her to start this business. As a brand and marketing professional with stints at Unilever, SAB and in advertising, she had no reason to pursue entrepreneurship of her own, but the stars just seemed to align. She got the chance to attend an underwear and textile fair in Hong Kong and then finances came her way. Thus, Gugu Intimates became a reality. 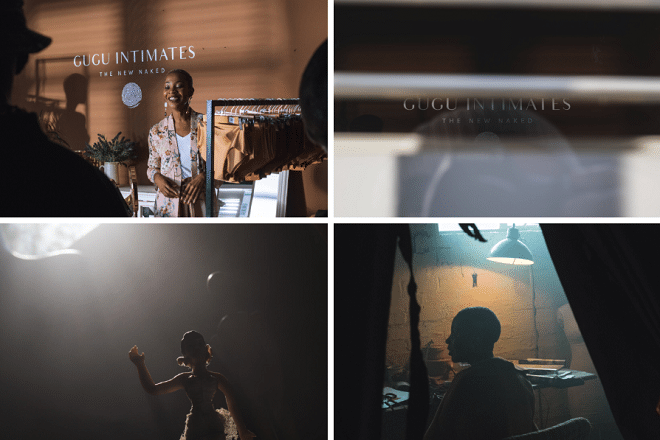 Despite all the ups and downs, Gugu's built a brand that not only fills a commercial gap, but also has deep meaning for her personally. In an industry that values the Western ideal of beauty, having something as simple as underwear that matches your skin tone is as much about identity as it is about fashion.

Her bravery and perseverance has been rewarded with a brand that is shaking the industry. You can find Gugu Intimates in stores in Johannesburg, New York and Harare and on the pages of fashion-forward publications.