Zakes Mda’s ‘The Mother of all Eating’ is a satirical play that explores the debilitating culture of corruption and greed. 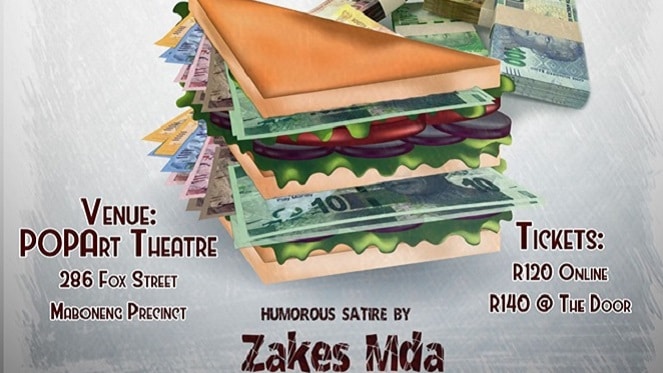 The Mother of All Eating – Zakes Mda’s satirical masterpiece written in Lesetho during the early 1990s. The play explores the debilitating culture of corruption and greed known as ‘eating’. A culture which has become synonymous with corrupt state officials who enrich themselves by abusing government funds.
Mda’s timeless classic centres on a character called The Man, the principal secretary to a government minister. The Man is corrupt to the core, and has enriched himself as he’s moved through the ranks of government. Set in Lesotho in the 1980s, the play exposes the catastrophic effects of greed and the tragic effects that accompany unchecked corruption.
Although The Mother of all Eating is over 20 years old, it remains as relevant as when it was first staged. See it at POPArt Theatre for a limited season.

Tickets cost R120 per person online. Get yours here!

For ONCE | Umsebenzi Ka Bra Shakes

What Is It? The Centre For The Less Good Idea invite you to their upcoming For ONCE event. A one-night......