The WITS Mexican Studies Centre invites you to the Hispanic Film Festival – at which there will be a talk about Cuba, its culture, tourism and its cinema. Entrance is free, so you have no excuse not to be there! 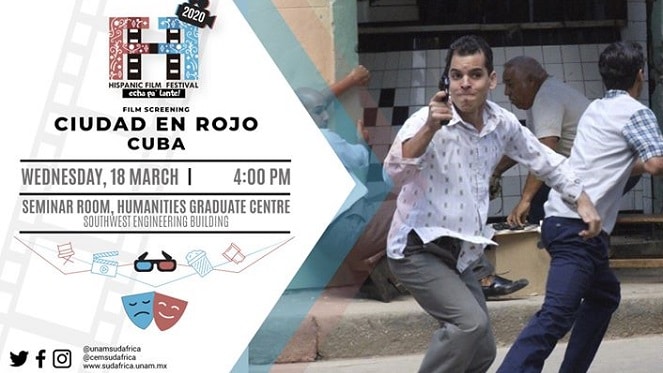 The WITS Mexican Studies Centre invite you to the Hispanic Film Festival on the university’s East Campus. This exciting event is a must-attend for anyone with an interest in Mexican or Chilean culture and film making. The Hispanic Film Festival includes a talk on Cuba, its culture, tourism and its current cinema panorama followed by a screening of “City in Red” from Cuba. Based on the book “Bertillón 166”, the film was nominated for the Coral Award at the New Latin American Film Festival 2009. Entrance to the festival is free and refreshments will be provided. Don’t miss it!

Entrance to the festival is free.