Where to Celebrate Women's Month in the City

Est. Reading: 4 minutes
Women's Month is about more than spa days and high teas. Celebrate our national female heroes this August at some of Joburg and Pretoria's top museums and historical landmarks. 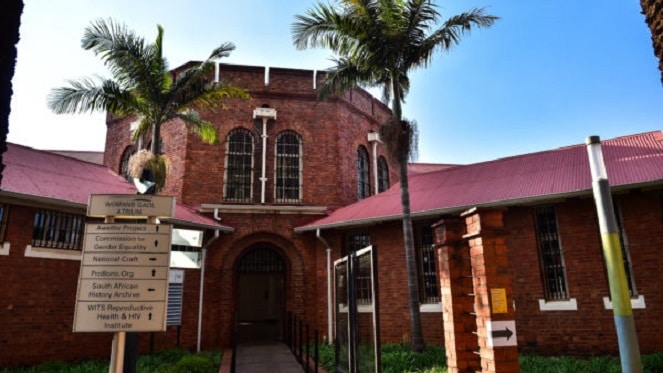 We celebrate National Women's Day annually on 9 August to commemorate the bravery and tenacity of 20 000 women. Marching in 1956 as a united front, undeterred by race or class differences, these women defied an oppressive system led by a staunch patriarchy. They traveled from around the country to the Union Buildings in Pretoria to protest against the legislation of pass laws for both men and women.

The Women's Jail at Constitution Hill is a must-visit during Women's Month. Built in 1910, the Women's Jail housed common law prisoners and political prisoners, both black and white. In 1958, a large number of the 2 000 women arrested for protesting against the pass laws were held at the Women’s Jail. Some of the jail's most infamous political prisoners included Barbara Hogan, Fatima Meer, Albertina Sisulu and Winnie Madikizela Mandela.

Visiting the Women's Jail is not for the faint of heart. The indignities faced by the prisoners are on full display. However, you will leave with a greater appreciation and respect for the struggle heroines who sacrificed so much for our freedom.

You can book a tour of Constitution Hill online via Webtickets. The Apartheid Museum is acknowledged as the pre-eminent museum in the world dealing with the history of 20th century South Africa. At the heart of the museum is the story of our country's journey from segregation to full blown Apartheid and eventual democracy. The role of female struggle heroes in the liberation is well credited at this world class museum. If you want a comprehensive overview of the Apartheid story and its impact on the lives of South African women, visit the Apartheid Museum. Mary Fitzgerald was the first woman trade unionist and first woman on the City Council in Johannesburg. Born in Ireland in 1883, she moved to South Africa as a typist with the British Army. Fitzgerald got the nickname ‘Pick handle Mary' in 1911, after she lead a group of women to break into a hardware store armed with pick handles. She also led a sit-in on the tramlines during the same year.

Mary Fitzgerald Square in Newtown is named after this feisty Irish woman. The square hosts everything from music festivals to sports races, including the 2019 Total Sports Woman's Race. Historical venues such as Museum Africa, The Market Theatre and The Workers Museum also surround the square. Newtown is the perfect Joburg hot spot to celebrate Women's Month, so make sure to come and explore. Joburg Theatre are welcoming audiences to celebrate Women's Month with a line-up of awesome female led shows. Sarafina! The Broadway Musical headlines on the Mandela Stage for the month of August. A celebration of youth, female empowerment, song and dance, this is a must-see for musical theatre fans.

If musicals aren't your cup of tea, Joburg Theatre also has a variety of smaller productions taking place during Women's Month. Gomeri is a love story inspired by the biblical book of Hosea. The play sees a husband unconditionally forgive his cheating wife to the point of madness. A talented cast including Hlengiwe Pearl, Thembinkosi Manqele, Kinalma Bashman and Titus Mekgwe perform this highly anticipated production. If you haven't gotten round to visiting Vilakazi Street in Soweto, here's your chance. This iconic street was home to both former President Nelson Mandela and Archbishop Desmond Tutu. Stop by the Mandela House Museum where he lived with both his first wife, Evelyn Ntoko Mase and their son, and later Winnie Madikizela Mandela and their children. This matchbox size house features exhibitions, artifacts, documents and audio-visual displays. The tour only takes about 20 minutes, so you will have lots of time to explore the rest of Vilakazi Street and the vibrant Soweto suburb. Celebrate Women's Month by visiting Freedom Park in Pretoria. This national monument is both a memorial and museum, remembering those who lost their lives in the fight for liberation from oppression. Take a walk through the garden of remembrance, which features a 697m long 'Wall of Names'. Or visit the Hapo Museum to discover South Africa's rich and colourful history. National government unveiled The Women's Living Heritage Monument on the 60th anniversary of the Women's March in 2016. Situated at Lillian Ngoyi Square in Pretoria Central, the monument pays homage to the women who stood against tyranny and oppression in 1956. Featuring statues of Lillian Ngoyi, Sophie De Bruyn, Helen Joseph and Rahima Moosa, the monument is both stoic and highly emotive. There are also mural walls, as well as a training and development centre for young women. Commemorate Women's Month and go right to the site of the Women's March. Take a trip into the capital city to visit the Union Buildings. While you won't be able to enter the buildings themselves, you are welcome to enjoy a picnic on the lawns. Admire the panoramic views from the terrace and soak in the history of the place. You can also visit the 9m tall bronze statue of Nelson Mandela which was erected shortly after his passing in 2013.